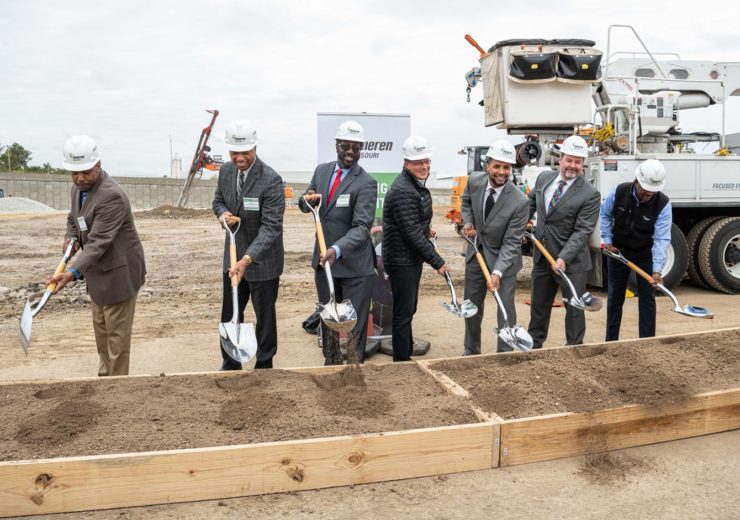 Ameren Missouri has broken ground on the new $20.7m operating centre for its electric operations to serve North St. Louis and surrounding communities.

The construction phase of the new facility will employ nearly 500 workers and 20 diverse suppliers, including Ameren Missouri employees, local union contractors, and subcontractors.

The new facility is expected to be completed by next December and will create nearly 70 full-time jobs.

Ameren Missouri chairman and president Michael Moehn said: “Ameren Missouri is committed to creating stronger communities where we work and live, which is why we are reinvesting in North St. Louis by building the new North Metro Operating Center next door to our current facility.

“The new, larger facility was needed to continue to meet our customers’ service reliability needs in North St. Louis and surrounding communities. A project of this magnitude requires collaboration and partnership with a number of stakeholders, including local government officials, community leaders and a host of diverse contractors.”

Ameren Missouri is building the project through a joint partnership with its general contractors, PARIC Corporation and KAI Enterprises.

The joint partnership between PARIC and KAI represents the two firm’s eighth project together in the last 20 years.

The North Metro Operating Center project is part of the company’s Smart Energy Plan that includes thousands of infrastructure projects throughout the state to upgrade the energy grid to a smarter, cleaner and stronger system for its customers.

Ameren Missouri plans to invest $5.3bn as part of its Smart Energy Plan

As part of the plan, the company claims that it will invest $5.3bn and in other upgrades that will serve more than 500 communities across the state.

In addition to the $20.7m investment on the North Metro Operating Center, Ameren Missouri also plans to spend $193m in improving the energy delivery system in the Archview Division, which includes North St. Louis.

Over the next several years, the company aims to build new substations and install smart, automated equipment and new utility poles. The upgrades are designed to reduce the likelihood and time period of outages, particularly in the regions affected by storms and high winds.