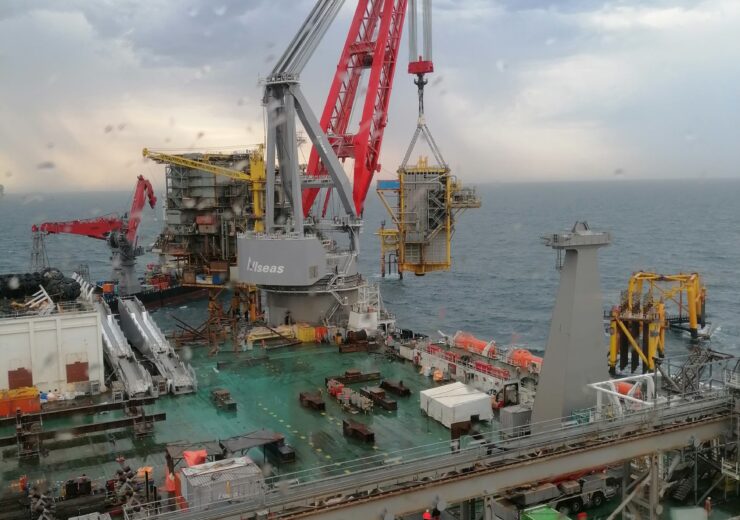 Swiss-based offshore contractor Allseas has announced that its heavy lift vessel Pioneering Spirit has successful removed the processing and accommodation topsides and flare jackets for the Total’s Tyra redevelopment project.

The removal work is part of the French oil and gas company Total’s $3.3bn redevelopment of the Tyra field in the Danish waters of North Sea.

The gas field, which is located 225km off the coast of Esbjerg, Denmark, is being redeveloped by Danish Underground Consortium (DUC) that comprises the Total Danmark, Noreco and Nordsofonden.

The Pioneering Spirit has removed over 27,000 tonnes of facilities from the gas field over the last two weeks, and shifted them to recycling yards in Denmark and the Netherlands.

The company said that the last two structures and flare jackets will be shifted to a cargo barge from Pioneering Spirit for load-in to the Sagro yard in Vlissingen, the Netherlands.

It said that the motion compensated topsides lift system of the vessel has removed the 14,000 tonne TEA topsides and 7,800 tonne TWA topsides.

The vessel’s new aft-mounted crane was deployed for the removal of the smaller, lighter structures of the platform.

The Pioneering Spirit will next sail to Kristiansand, Norway, to remove the Ninian Northern topside installations from the field for Canadian Natural Resources International.

In June this year, Allseas’s Pioneering Spirit has successfully completed the single-lift removal of Shell UK’s Brent Alpha platform located 186km off the northeast coast of the Shetland Islands.