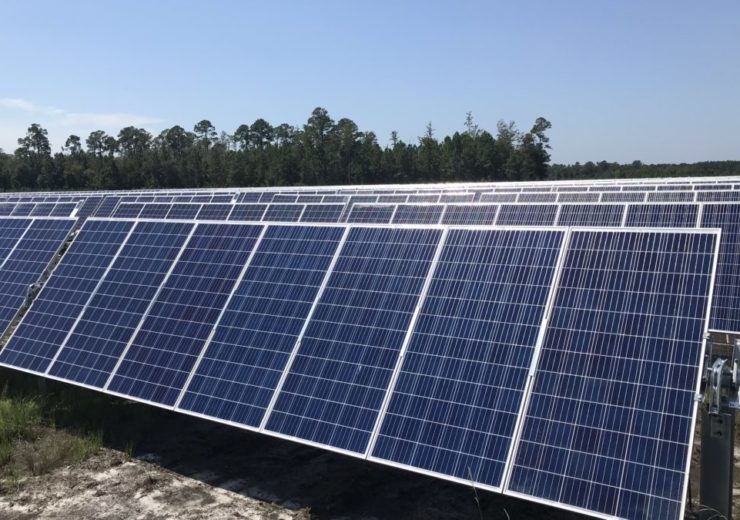 Owned and operated by 174 Power Global, power generated from the solar plus storage system will be sold to Jacksonville Electric Authority (JEA) for the next 25 years. Located in Jacksonville, JEA serves nearly 500,000 electricity consumers.

Construction on the solar plus storage system began this April. Energy generated from the project will be supplied to JEA SolarSmart customers, a programme which offers home and business owners the opportunity to go solar without installing the equipment.

174 Power Global president Henry Yun said: “The technology in this type of facility puts Florida in a leading role with regard to utility scale solar. A DC-coupled system means the energy is captured and stored at the DC level, preventing a loss in efficiency compared to traditional energy storage systems which capture the energy to be stored after it’s converted to alternating current (AC).

“This technology provides similar benefits to that of net metering, where the utility agrees to purchase excess power. However, many of those mandates have been reached, so this is a huge step in the right direction on the national level and it’s been great to work with JEA to bring this to fruition.”

Supported by single-axis tracker, the solar panels at the facility will follow the sun from east to west every day, improving the overall energy output from the system. The solar plant is powered by 27,260 Q.POWER L-G5.2 320/325 and Q.PLUS L-G4.2 345 solar photovoltaic (PV) modules, provided by Q CELLS.

Jacksonville Electric Authority energy and water planning vice president Steven McInall said: “We are very excited for 174 Power Global’s SunPort Solar system to join our grid. This is the first utility-scale battery storage on the JEA grid, and it will provide us an opportunity to see how storage can integrate with our system.

“We believe that utility-scale storage is the key to having even greater levels of renewables in the future.”

Irvine, California-headquartered 174 Power Global is a major solar energy company that is wholly owned by the Hanwha Group. Since its formation in 2017, the company has signed nearly 2GW of power purchase agreements and has over 6GW of additional projects in the development pipeline.