A recently-published study found that by painting a single rotor blade in black, the number of bird fatalities at wind farm sites fell by almost three quarters over a five-year period 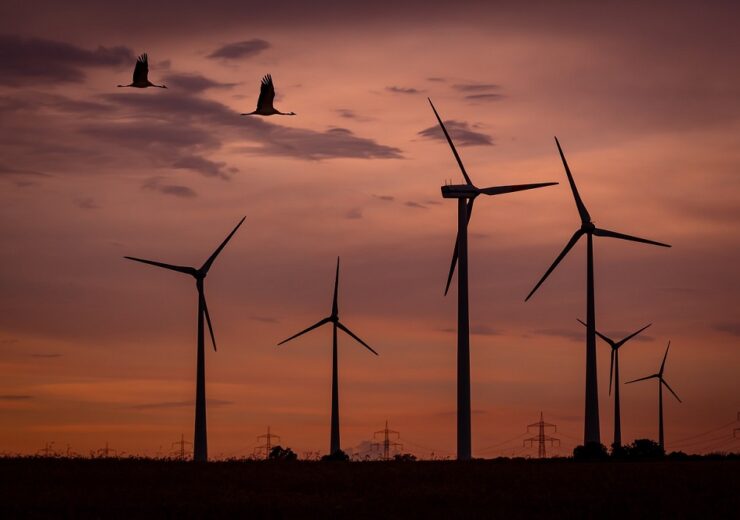 Despite the obvious merits of wind turbines as an increasingly-reliable source of clean, renewable energy, the dangers these towering structures pose to birds in flight is an issue that has not gone away. Writing for The Conversation, Jethro George Gauld, a PhD candidate in Conservation Science at the University of East Anglia, discusses some interesting research that could offer a very simple solution.

With climate change threatening many of the world’s species with extinction, a transition from fossil fuels is urgently needed – but some argue that the rush to replace coal power with wind could endanger birds that have a habit of flying into turbines.

While wind farms aren’t quite the bird slayers they’re often portrayed to be – one study found that they cause 0.4 deaths per gigawatt-hour (GWh) of electricity generated, compared with 5.2 dead birds for every GWh generated by fossil-fuelled power stations – wildlife collisions with turbines and power lines are likely to be an unfortunate side-effect of any effort to ramp up renewable electricity supply.

But a recent study from the Norwegian Institute for Nature Research might offer a solution. Researchers compared bird mortality rates over five years at a Norwegian wind farm and then randomly selected four out of the 68 turbines for a new paint job.

They found that painting a single wind turbine blade black could reduce bird fatalities by 72%, and it was most effective at reducing collision deaths for birds of prey, such as white-tailed eagles (Haliaeetus albicilla).

So should we be painting more wind turbines black?

The recent study is one of many attempts to apply our understanding of how birds perceive the world to reduce the rate at which they collide with wind farms and power lines.

Some birds are prone to colliding with these structures because their visual systems are not very good at detecting them. By painting the blades black, the idea is to make the turbines more visible to birds.

A 2010 study looked at the vision of different bird species known to collide with power lines. Birds with eyes on the side of their head, such as cranes, have a wide field of view. But this comes at the cost of a large blind spot ahead of them while flying. Birds of prey, such as eagles, are also prone to collision.

These birds have very good binocular vision, but they spend a lot of their time scanning the ground or the air below them for prey, effectively rendering them blind in the direction of flight. Predators also tend to be less scared of human structures than the birds they predate.

Another kind of deterrent that’s been tried is daubing power lines with bright markers. There are also systems that can monitor wind farms with cameras or radar, to temporarily slow or stop turbines when a flock of birds is detected in the area. These solutions can be expensive and there is, as yet, mixed evidence about how effective they are.

If all they achieve is displacing birds from areas occupied by wind farms, they could disrupt migratory routes and breeding areas birds have used for generations.

We should paint more turbines black, but mainly to find out how birds respond to them. We still need to test whether this method works at other wind farms and how many turbines need to be painted to protect most birds.

The best place for further trials may be somewhere in southern Spain, where many wind farms overlap with the flight paths of millions of migrating birds each year.

Attaching GPS trackers to birds could help us understand how they behave around painted and unpainted turbines. Do darker coloured turbine blades cause fewer collisions because their movement makes them more obvious, causing the birds to avoid that specific turbine? This would be a good sign, as it would suggest that the birds are continuing to use the wind farm safely.

But if these black turbine blades are prompting birds to avoid the wind farm altogether, it could mean the fewer collisions are a sign the birds are being displaced from an area they’d otherwise use as an important migratory route.

Prevention is better than cure

A recent analysis of potential locations for wind turbines in Europe identified enough suitable sites for 13.4 terawatts of wind energy. That’s nearly ten times the electricity-generating capacity needed under a scenario where Europe is almost entirely reliant on renewable electricity by 2050.

This allows us some flexibility in where we place turbines. We can, as it turns out, be picky. This is the focus of some of our work at the University of East Anglia, where we are using GPS tracking data of birds from across Europe to find areas where new developments could increase collision risks, and where existing wind farms and power lines may be causing problems.

Our aim is to produce maps that help planners prioritise building in areas with lower risks to birds. This could reduce costs and delays for wind farm projects and protect wildlife at the same time.

We are constantly improving our understanding of how birds perceive their environment and where and when they are most at risk on wind farms. We hope this will allow the world to continue growing wind energy, while protecting biodiversity too.