The UK has taken early steps to develop a market for both green and blue hydrogen as part of its low-carbon transition, but there is still much to do 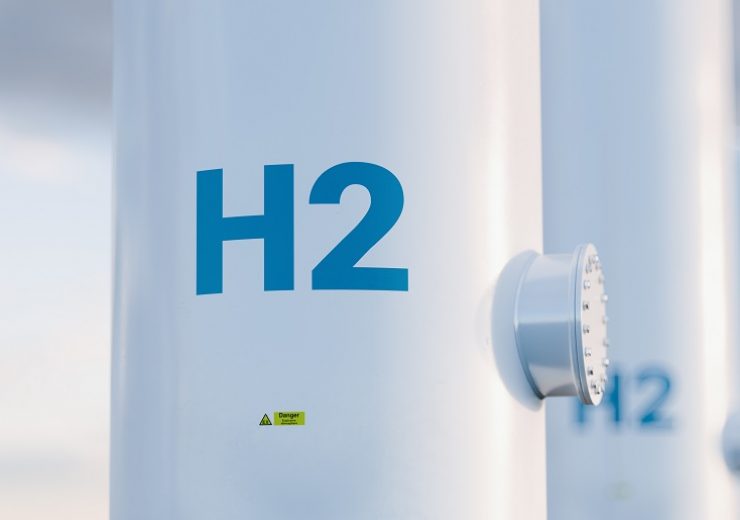 Industry is awaiting key policy signals from the UK government about its plans to develop a hydrogen market (Credit: petrmalinak/Shutterstock)

The UK government has indicated that hydrogen will have an important role to play in the country’s transition to a net-zero economy by 2050. The development of this nascent industry presents plenty of opportunities for industry, but there are significant challenges to overcome too. Myles Mantle, Shu Shu Wong and Christopher Orford of international law firm Haynes and Boone discuss the key issues at stake.

In recent years, the UK’s energy sector has increasingly been viewed as one of the cleanest and most innovative industries in the world.

Last November, with a view to the 26th UN Climate Change Conference (COP26) taking place in later this year, the UK government outlined its 10-point plan for a “Green Industrial Revolution”, which includes the aim to drive the growth of low-carbon hydrogen utilisation.

Hydrogen is widely seen to play a critical role in the move to clean energy and presents a host of benefits and opportunities for the UK economy. The UKHFCA paper looks to provide a clear roadmap for a green hydrogen strategy up to 2050 and urges the UK government to take immediate action to become a world leader in both hydrogen energy and as an exporter of electrolysis and green hydrogen technologies.

It also considers how hydrogen and the wider hydrogen economy should become a core part of the post-Covid “build back green” economic recovery.

Against this backdrop, the UK government has recently unveiled a number of ambitious plans, including promoting the construction of a UK-wide network of hydrogen stations, with the aim of reducing the cost of hydrogen by more than 20%, and facilitating the delivery, by natural gas network operators, of the UK’s first hydrogen-heated town by 2030.

UK government laying the building blocks for a hydrogen industry

The UK government has already committed to a number of different actions involving hydrogen via its 10-point plan. This includes facilitating the creation of a five gigawatts (GW) production capacity for “blue” hydrogen – something the UK is particularly well suited to due to its existing large-scale production of natural gas, the second-largest in Europe.

Key to the overall strategy is carbon capture, utilisation and storage (CCUS), with an aim to capture 10 million tonnes of carbon dioxide by investing £1bn ($1.4bn) to establish four industrial clusters of CCUS, including in Teesside and South Wales.

The first stages of this can be seen by the investment of £750m ($1bn) into two plants as part of the HyNet scheme to create an industrial neutral zone in north-west England by 2040. The idea is that developing this infrastructure in the short to medium term will create the building blocks for a transition to green hydrogen in the future.

The plan also tacitly touches on the development of hydrogen, or hydrogen blends, to heat housing within the UK. This involves using a blend of hydrogen and natural gas, with studies showing it may be possible to inject up to 25% or so of hydrogen into the mixture without significant upgrades to the distribution network.

Beyond that ratio, gas network providers will need to significantly upgrade existing infrastructure (due to the comparatively smaller hydrogen molecules being able to escape the system).

Beyond the 10-point plan, both the UK government and devolved country governments have been supporting (through the use of grants) the development of a fledging “green” hydrogen industry.

A good example is Scotland’s Orkney Islands, where a localised hydrogen economy has been successfully set up (from the ‘Surf and Turf’ scheme through to the HyDIME project) with plans in the future to have the island’s cars, ferries and boilers all running on hydrogen.

While the UK government’s focus on research and development for sustainable fuels includes hydrogen, it has been criticised for not providing enough investment, with these projects not being as well established as those in France, Germany and the Netherlands.

Potential participants are also awaiting the government’s long-delayed “UK Hydrogen Strategy” due to be published in spring this year and set to detail the UK’s full hydrogen investment plans. Many hope that this will provide the focus on green hydrogen the UK energy sector needs.

The challenge of lowering costs

Currently green hydrogen – produced using renewable energy sources – is expensive to produce due to the cost of the electrolysers and the setup of the ancillary renewable energy. While these costs are expected to fall over time as investment increases, it is at present uneconomical to produce.

Blue hydrogen – produced by processing natural gas and capturing associated emissions via CCUS – has the additional cost of storage which itself is not yet fully developed and requires significant investment to build.

Furthermore, it is difficult to obtain traditional project financing because the technology is uncertain and not yet proven at scale, along with the lack of any framework, business model and full value chain.

To reduce the costs of hydrogen projects and to encourage private investment, the UK government will need to introduce subsidies and production incentives to improve the technology and allow scalability.

This is an expensive proposition for a country which has borrowed heavily to cope with the Covid-19 pandemic and the financial risk of these projects may be something the UK government is unwilling to be saddled with.

There is also the question over the commercial viability of hydrogen projects, particularly for green hydrogen.

Many sectors are likely to find renewable energy alternatives to be significantly cheaper and more available due to the maturity of those technologies. In addition, there is currently no easy way to transport hydrogen for long distances, with most regulation only covering short-haul transport.

Suggestions of liquefying the hydrogen or converting it to ammonia add additional costs to its production, and rely on sufficient technology to be present through the whole supply chain in order to convert the hydrogen back to a usable gas. This does not even take into account that the conversion of renewable electricity to hydrogen is currently not as effective as just directly consuming the renewable energy.

Furthermore, a challenge which will take time to overcome is that of regulation and risk management. Hydrogen is a highly-flammable gas when exposed to oxygen and requires extensive safety precautions to be in place.

The UK is currently determining the safety case for hydrogen and the current infrastructure’s ability to tolerate a hydrogen blend with HyLaw (a flagship project aimed at boosting the market uptake of hydrogen and fuel cell technologies).

Ultimately, the UK does not at present have a specific hydrogen framework, meaning production currently involves Town & County Planning Act approval and the requirement for environmental impact assessments.

This, for example, has an impact on hydrogen refueling stations as they are not separated from large-scale industrial production, which means onerous restrictions are placed on them which ultimately could prevent their creation. It is hoped these issues will be addressed in the forthcoming UK Hydrogen Strategy.

Myles Mantle is a partner at Haynes and Boone; Shu Shu Wong an associate; and Christopher Orford a trainee solicitor