Industry view: The path ahead for carbon capture and storage in the UK

As the UK steps up its net-zero preparations, carbon capture and storage technology forms a key part of its plans for a low-emission industrial sector 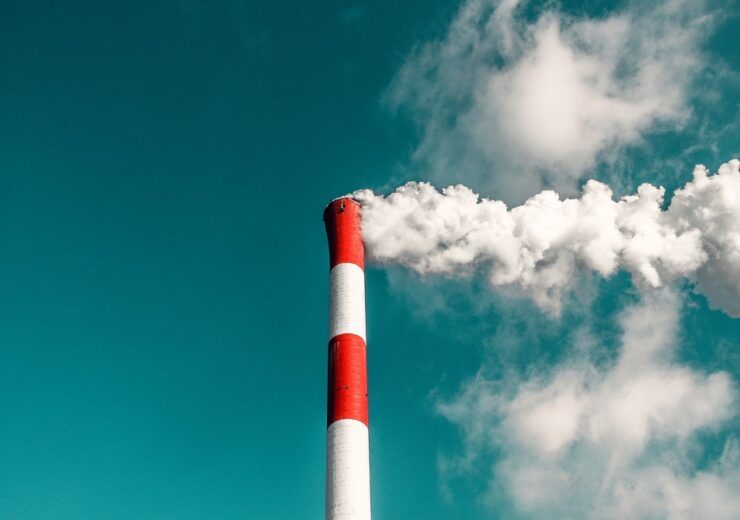 CCS is considered a viable way to reduce hard-to-abate industrial emissions, but further progress needs to be made to advance it to the scale required

Carbon capture and storage technology is a key pillar of the UK industrial decarbonisation strategy, featuring prominently in a recently-published roadmap to achieving net-zero emissions by mid-century. Maren Strandevold, associate at international law firm Haynes and Boone, takes a closer look at the issues involved and discusses what the UK can learn from efforts in Norway to deploy the technology at scale.

The UK government has made waves with its Energy White Paper, which set out its goals for a “green industrial revolution”. The goal is for Britain to reach net zero by 2050 in accordance with the Paris Agreement.

Achieving that goal involves reducing carbon emissions, however, it is not going to be possible to reach net zero simply by cutting emissions while industries and processes remain dependent on fossil fuel. It is therefore necessary to look at other ways in which carbon can be removed from the atmosphere.

Carbon capture and storage (CCS) forms an important part of the UK government’s plan, but how viable is it?

The technology is not new. Statoil (now Equinor) first established a large-scale CCS project at its Sleipner gas field in 1996, and there are currently 26 operational CCS projects around the world. In the UK, the government set up an initiative in 2015 to launch new CCS projects, with energy companies Drax and Shell competing for the opportunity to build a commercial CCS project.

This scheme, however, was scrapped as it became clear that the costs were too great and the project was not commercially viable.

Cost is clearly a key factor that has prevented a more widespread adoption of the technology. However, it is worth noting that there is also some public resistance to the concept, with studies citing concerns over potential for leaks in storage solutions and concerns that the focus should be on reducing emissions rather than relying on capture and storage.

While this is not a barrier to adoption of CCS technology, funders are likely to be sensitive to public opinion.

As the UK develops its carbon capture strategy, lessons can be learned from Norway

In the wake of the failed 2015 CCS project, the UK government carried out a significant amount of research into viable business models and identified the use of “industrial clusters” as the most promising method of moving forward in order to assist with achieving economies of scale.

With government support and investment, it is hoped that the technologies and infrastructure will mature and reduce associated risks and costs.

This structure has also been adopted for Norway’s CCS project, known as Project Longship.

As part of this, the Northern Lights project is being developed collaboratively by the Norwegian government and Equinor, Shell and Total. The plan is to develop transport and storage facilities that will capture CO2 from industrial sites near Oslo and transport them to an onshore terminal to be liquefied, before being transported by pipeline and stored in a subsea location in the North Sea.

The aim is for this to be operational by 2024. Knowledge sharing has been an important part of this project and, in 2020, Project Longship published the key lessons learned from the planning stages of the project.

The report also highlighted the importance of active government participation and assumption of certain risks, such as risks associated with the interface between capture and transport and storage, and ensuring alignment between the commercial entities involved and the government, with clear communication at an early stage about any conditions attached to public funding.

Advancing CCS will be a complex process, but UK has a real opportunity for success

On 10 February 2021, the UK government launched a consultation on how to proceed with its CCS ambitions. The consultation is, as foreshadowed by the Energy White Paper, based on a cluster approach whereby one transport and storage provider is linked to one or more emitters.

The aim is to have two projects operational by the mid-2020s (Track 1) with two further projects to be operational by 2030 (Track 2). The consultation sets out an ambitious plan and proposes that proposals for Track 1 are in place by June 2021.

Given the extensive amounts of documentation to be prepared, including legally-binding commitments within clusters as well as detailed project plans and evidence of relevant licenses, this may be a real challenge and has left critics questioning whether this will be achievable.

The consultation will be open for four weeks and the results will give insight into whether the UK government’s plans are aligned with the industry’s expectations.

Although it is important that progress is made as quickly as possible to achieve the UK government’s goals, the experience from Project Longship shows us that having clear alignment and allocation of risks from an early stage will be key to success.

The urgency of this project must not overshadow the need for proper planning and communication.

The starting gun has been fired on the race to build the infrastructure and business models that will enable development of commercially-viable CCS projects in the UK. Given the commitment to knowledge sharing and co-operation that has been seen in this area, there is every opportunity to capitalise on the progress that has been made since the last attempt.

If successful, CCS projects could be a key factor in the UK reaching its net-zero goals.