Expert view: Hydrogen can play an important role in helping the UK decarbonise

Projects are underway across the UK to demonstrate the feasibility of hydrogen as a low-carbon alternative to fuels used in industry, transport and heating. 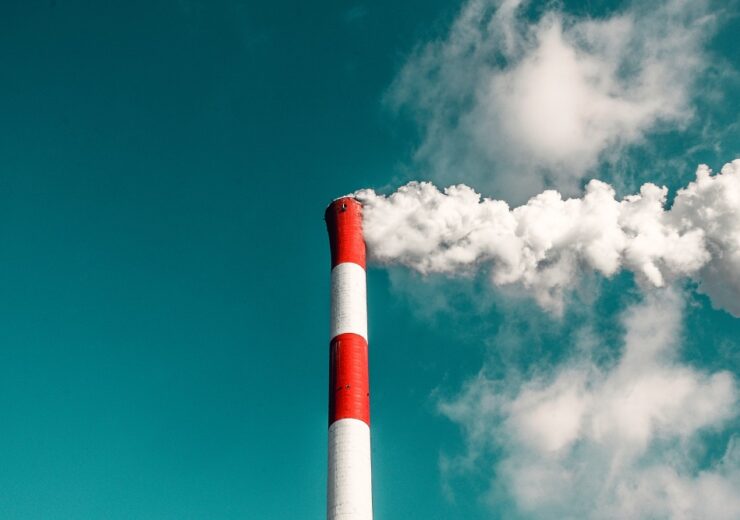 Hydrogen has the potential to lower carbon emissions in key sectors like transport, heating and heavy industry

With a commitment to reach net-zero emissions by 2050, and calls for Covid-19 stimulus packages to prioritise a greener economy, hydrogen could play a key role as the UK seeks to reduce its dependence on fossil fuels. Dave Richardson, project director at UK engineering firm Costain, discusses the potential for this emerging fuel source to cut carbon emissions, and some of the development projects already underway in the country.

As the UK begins to plan for a return to normality after the Covid-19 lockdown, many are questioning what that “new normal” should look like. With the country seeing environmental benefits from the crisis, there are calls for climate change and the green agenda to be at the heart of economic recovery.

Energy minister Kwasi Kwarteng has spoken about the need for a “green and resilient economic recovery” after Covid-19, and there is most certainly a role for hydrogen to play. There is a legal obligation to meet net-zero emission targets by 2050, and to do this we need to find ways of decarbonising our energy systems.

In June, the Committee on Climate Change (CCC) specifically called for government to develop a national strategy for low-carbon hydrogen use, production and infrastructure – to mirror 18 other countries across the world which now have a hydrogen strategy in place, including China, Japan, the US and Germany.

Now hydrogen as an energy source is moving into mainstream consciousness, there needs to be a long-term policy framework and long-term revenue support, to ensure that hydrogen can be a cost-competitive energy supply and underpin the significant investment in infrastructure needed to reach net zero.

Industry accounts for a quarter of all UK greenhouse gas emissions, and in 2019 the government set a goal to establish the world’s first net-zero carbon industrial cluster by 2040.

There are a number of “clusters” across the UK which have a high concentration of manufacturing and high-energy-use businesses, and are key hubs of local economic activity and an important part of the UK economy.

The challenge is how to decarbonise these areas while protecting and growing the high-value jobs that make them thrive.

Hydrogen could be a key part of the solution, providing a low or zero-emission alternative to fossil fuels to power industry. Earlier this year the Department for Business, Energy & Industrial Strategy (BEIS) awarded £18.5m under its Industrial Fuel Switching programme for four demonstration projects.

This included more than £5.2m to the HyNet project in the North-West of England to fund live trials of hydrogen fuelling at Unilever’s Port Sunlight manufacturing site, which produces many of the UK’s home care and personal care products, and at Pilkington’s Greengate Works glass-making plant in St Helens.

At the same time, £28m was awarded under the Hydrogen Supply programme for projects developing hydrogen production, including for two of Europe’s first-ever large-scale, low-carbon hydrogen production plants – the first on the banks of the River Mersey in the North West, the second planned for near Aberdeen in Scotland.

Hydrogen has a role to play in decarbonising transport

One of the places where lockdown’s positive environmental impact has been most noticeable is within our cities where, at least temporarily, air quality levels have reached lows not seen in decades due to the huge reduction in vehicle movements.

In normal times, the transport sector is the biggest contributor to the UK’s climate crisis, amounting to 28% of all greenhouse gas emissions in the country.

There’s huge potential for hydrogen to revolutionise the transport sector. As well as improving local air quality on roads and railways, with water being the only emission, wider roll-out of hydrogen will be essential to meeting UK net-zero carbon targets.

Investment and industrial take-up of hydrogen in the transport sector can be stimulated by some relatively straightforward policy tweaks, essential if the UK wishes to sustain the improvement of its air quality witnessed over the past few months.

Greater use of hydrogen in the transport sector could avoid the emission of 300,000 tonnes of CO2 per year by 2030 in the North West alone. There are other environmental benefits too; at Peel Environmental’s – part of Peel L&P – Protos scheme in Cheshire, planning permission was recently granted for a waste plastic-to-hydrogen plant that will create hydrogen fuel for buses, heavy goods vehicles (HGVs) and cars, while tackling the problem of plastics disposal.

Hydrogen transport is being deployed across the UK. Already fuel-cell buses and taxis are on the streets of London and are being planned for a number of other UK cities. In Aberdeen, the UK’s first double decker buses are being rolled out, alongside a sizable investment from the Scottish government into a hydrogen hub. These projects will create demand for the fuel, enabling hydrogen producers to invest in more refuelling sites and storage facilities.

We still rely heavily on fossil fuels (mainly natural gas) for heating our homes and businesses. The natural gas distribution networks are currently connected to more than 20 million UK homes, providing gas for heating and cooking; supplying around twice as much energy as the electricity network.

The HyDeploy project at Keele University, led by the UK’s largest gas distribution network Cadent, is aiming to show how up to 20% hydrogen can be blended into the existing network, saving CO2 emissions but without the need for replacement of domestic appliances.

The first HyDeploy live demonstration began on the Keele University campus in Staffordshire in Autumn 2019, and the hydrogen content has so far reached 15%. Once the Keele stage has been completed, HyDeploy will move to larger demonstrations on a public network in the North East and then the North West.