Global gold output is expected to reach 132 million ounces by 2023, and the top gold producing countries in the world will account for much of this increase 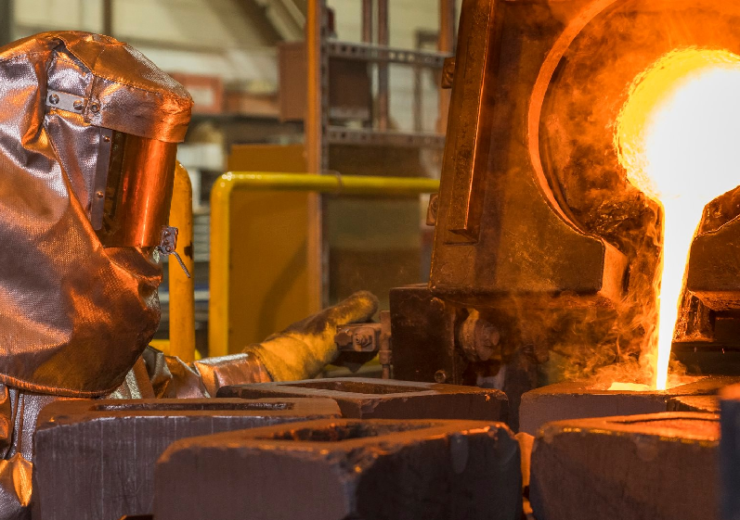 Processing at one of the world's biggest gold producers (Credit: Barrick Gold/Facebook)

The unique properties of gold and its comparative rarity mean that it continues to play an important role in mineral markets – meaning there is significant opportunity for the top producing countries in the world.

Demand remains high for the precious metal, particularly in jewellery-making and as a relatively safe investment opportunity.

Many gold miners today are artisanal operators, often working in dangerous conditions to extract the valuable resource, although numerous large-scale operations have been established too, processing millions of ounces of the metal each year.

The latest figures from the US Geological Survey estimate worldwide gold production to have decreased from 3,300 tonnes in 2019 to 3,200 tonnes in 2020 as a result of the coronavirus pandemic.

China produced roughly 380 tonnes of gold in 2020 – recording the same output as the previous year, despite the impacts of the pandemic.

The Asian powerhouse is also the world’s largest consumer of gold, and is estimated to be sitting on reserves of about 2,000 tonnes.

Gold production is majorly carried out in the eastern provinces of Shandong, Henan, Fujian and Liaoning.

China National Gold Group is one of the major gold producing companies in the country and, in April 2016, the company announced the acquisition of an 82% interest in the Jinfeng gold mine in China’s southern Guizhou province from Eldorado Gold.

The Jinfeng gold mine is an open-pit and underground mine, which uses Biox technology and a conventional carbon in leach circuit to produce gold doré – a semi-pure alloy of gold and silver.

Despite its gold production slipping from 325 tonnes in 2019 to 320 tonnes in 2020, Australia is currently second on the list of the top gold producing countries in the world.

Some of the major gold mines in the country include Cadia-Ridgeway Mine, Boddington Gold Mine and Fosterville.

In August 2017, OZ Minerals announced it would construct the Carrapateena copper-gold mine in South Australia at a cost of $724m.

The country has estimated gold reserves of 7,500 tonnes, and is home to one of the world’s largest gold mines, Olimpiada.

Owned and operated by Polyus Gold, one of the largest producers in Russia, the Olimpiada mine is estimated to contain proven and probable reserves of 28 million ounces.

The ore extracted from the mine is processed at three plants, with a combined capacity of 12.2 million tonnes annually.

The country sits in fourth place in the list of top gold producers in the world and has estimated gold reserves of about 3,000 tonnes.

Some of the major gold mines in the country include Carlin Trend gold mine, Goldstrike mine, Cortez gold mine, and Cripple Creek and Victor.

Newmont Mining, Freeport-McMoRan and Coeur Mining are some of the major gold producing companies in the US.

Canada’s gold production decreased from 175 tonnes in 2019 to 170 tonnes in 2020 – but it still ranks fifth on the list of the top gold producing countries in the world.

Aura Minerals, Barrick Gold, Centerra Gold, and Goldcorp are some of the major producers in the country.

USGS data estimates Canada is sitting on gold reserves of about 2,200 tonnes.

Brucejack mine and Hope Bay mine were two of the largest operations to commence production in the country in recent years.