Australia is the second-largest gold producer in the world, with more than 65 gold mines currently operating across the island continent 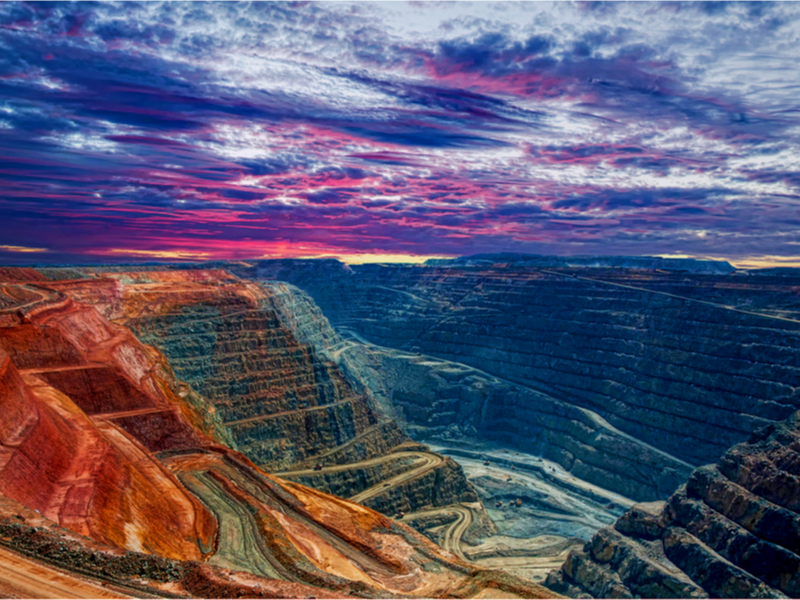 Australia has 14 of the world’s biggest gold mines, 11 of which are in the state of Western Australia.

This is the most prolific Australian state for the enterprise, where gold mining stands fourth behind iron ore, crude oil and liquified natural gas.

Western Australia was named one of the world’s best mining areas — after Nevada in the US — by Canadian mining companies surveyor, the Fraser Institute.

Major mining companies such as BHP and Rio Tinto have all been attracted to Western Australia. Covering more than half a million square kilometres, the region of Pilbara is one of the most resource-rich areas of the state.

Australia’s gold production in 2019 hit an all-time high of 325 tonnes, beating its earlier record of 317 tonnes, according to Melbourne-based mining consultants Surbiton Associates.

1. Cadia Valley or Cadia-Ridgeway Mine

In terms of gold production, the Cadia Valley gold mine officially stands as Australia’s biggest mine. In 1992, Newcrest Mining discovered the Cadia Hill gold-copper porphyry deposit and in 1994 Cadia East was discovered.

Owned and operated by Newcrest, Cadia Mine is located in the Cadia Valley, 20 km south of Orange City, New South Wales, and is composed of a series of large underground and open-cut gold and copper mines.

Made up of the Ridgeway underground mine and the Cadia East underground panel cave mine, Cadia Valley is Australia’s second-largest open cut mine after Kalgoorlie’s Super Pit.

Boddington Gold Mine stands second on our list. The largest gold producing mine in Australia until a couple of years back, it is located 13 km northwest of Boddington town in Western Australia’s Saddleback greenstone belt and 130 km southeast of Perth.

Owned and operated by Newmont Goldcorp, this mine commenced operations in 1987 as a three-way partnership between Newmont, Newcrest and AngloGold Ashanti. After purchasing AngloGold Ashanti’s shares, and Newcrest having left the partnership, Newmont became the sole owner in 2009. The mine is expected to have more than two decades of operational life remaining.

More expansion is expected for Boddington, with a $400 million cutback approved. The mine has a workforce of more than 2,000, which includes both employees and contractors.

Third on our list is the low-cost, high-grade underground gold mine Fosterville, which is located in the state of Victoria. Owned and operated by Kirkland Lake Gold Ltd. Fosterville took shape after gold was discovered in 1894 in the Fosterville area of Bendigo.

After small-scale mining by individuals until 1952, proper mining operations began to take shape and Fosterville became fully operational from 1989 onwards.

Located 330 kilometres east-north-east of Kalgoorlie, on the edge of the Great Victoria Desert, Western Australia, Tropicana Gold Mine was discovered in 2005. With a span of 3,600 square km, it stretches about 160 km to be ensconced in the Yilgarn Craton and Fraser Range mobile belt junction. The mine is a rare example of huge gold deposits in metamorphic rocks, with the region is full of granitoid rocks that were subject to widespread recrystallisation and melting.

In 1893, the discovery of almost 100 ounces of gold in present day Kalgoorlie-Boulder, Western Australia led to a gold rush, followed by the unearthing of one of the world’s richest gold deposits ― the Golden Mile. The gold strike led to the development of many small mines, which however struggled. They were eventually bought by Kalgoorlie Consolidated Gold Mines in 1989 (a 50-50 joint venture between Barrick Gold and Newmont Goldcorp, a status which changed in December 2019).

The Kalgoorlie Super Pit, also known as Fimiston Open Pit, was the biggest open pit gold mine Down Under and Australia’s biggest gold producer before Boddington overtook production in 2012 and mine size in 2016.

The Super Pit is expected to measure 3.5 km in length, 1.5 km in width and 700 metres in depth upon conclusion of underground mining in about 2026.

Kalgoorlie is still believed to have 7.3 million troy ounces of existing gold reserves according to Saracen Mineral Holdings, which struck a $750 million deal to buy out Barrick Gold’s 50% stake in December 2019. The remaining 50% is retained by Newmont.