With Australia possessing the world's largest share of economic gold reserves, we take a look at the top five gold mining companies operating across the country 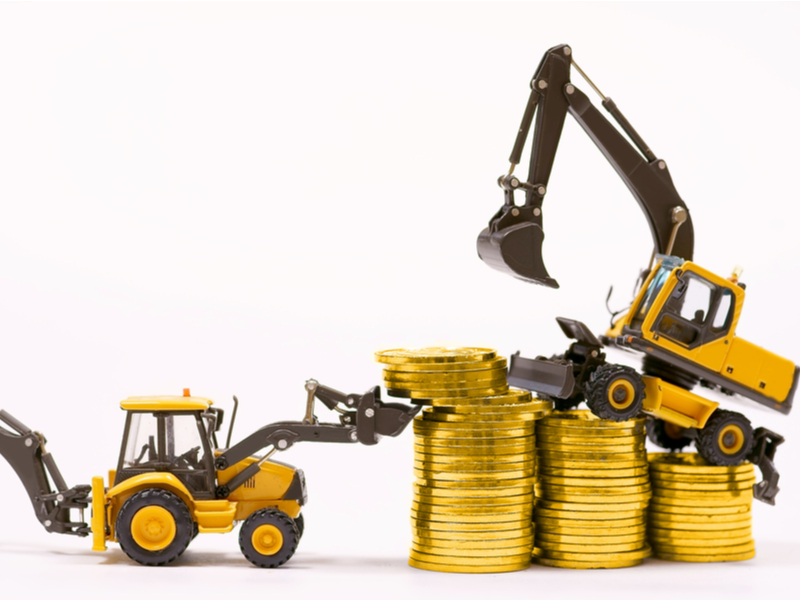 With Australia estimated to possess the world’s largest gold reserves, there’s little surprise the country boasts some of the largest mining companies engaged in the metal’s extraction.

Australia is ranked second-largest gold producer in the world behind China, with the period 2015-16 seeing 282 tonnes of the precious metal produced — the country’s highest yield in 13 years. Gold is the country’s third-largest mineral export in terms of earnings.

Around 75 mining operations in Australia have their primary output as gold, with many mining from both open-cut and underground operations, while producing gold resources from more than two deposits. Additionally, many non-gold mining operations produce gold as a by-product.

Australia is also a major force in the gold refining industry, processing most of its gold locally before it is exported. Western Australia’s Perth Mint refinery is one of the biggest in the world.

Newcrest Mining Limited — headquartered in Melbourne, Victoria — tops this list. The fourth-largest mining company in Australia, Newcrest’s operations started in 1996. Its mines are located in Australia, Papua New Guinea, Indonesia and the Ivory Coast in Africa.

In 1992, Newcrest discovered the Cadia Hill orebody near the city of Orange, New South Wales. After commercial production began in 1999, Cadia became one of Australia’s largest gold mining operations and now boasts a production of more than nine million troy ounces of gold. Another Newcrest mine at Telfer, in Western Australia’s Great Sandy Desert, generates annual gold production of about 500,000 troy ounces.

Backed by strong reserves and resources, Newcrest Mining’s business success chiefly runs on a portfolio of seemingly inexhaustible, yet inexpensive mines helped by a selection of greenfield and brownfield exploration projects. Newcrest produced 76.4 tonnes of gold in 2018.

The company’s efficiency in gold production gives it a current market cap of $24.8bn on the Australian Stock Exchange.

Second in this list comes Northern Star Resources whose gold production is one of the world’s best. Its major operations are predominantly located in the Northern Territory and Western Australia.

Starting with a single mine and an annual gold production of 100,000 troy ounces in 2010, Northern Star has risen in stature to currently operate five gold mines producing about 525,000 to 575,000 troy ounces of gold annually. These five mines — Kundana, Jundee, Plutonic, Kanowna Belle and Paulsens — have together produced more than 20 million troy ounces of gold.

Northern Star has a $9.8bn market cap on the Australian Stock Exchange.

Headquartered in Perth, gold mining specialist Evolution Mining is Australia’s sixth-biggest mining company and third on our list. Relatively new to the mining industry, with operations starting in 2011, Evolution ranks 49th in the world in this sector.

Evolution’s mining operations consist of three in Queensland, one in Western Australia and one in New South Wales. Having a 100% interest in its projects, the gold miner’s robust portfolio of production and growth has seen it rise to become the second-largest listed gold mining company on the Australian stock exchange.

Apart from this, Evolution Mining Limited also has a 49% interest in the future gold, copper and silver production coming from Queensland’s Ernest Henry mine.

Another Perth-based gold mining company, Saracen Mineral Holdings Limited has three mines in the neighbourhood of Kalgoorlie, Western Australia. With a current gold production of more than 500,000 troy ounces, new investments in exploration and technology hold a promise of a further increase in production and mine life.

Saracen’s main gold production is generated by Carosue Dam and its new Thunderbox mine, both of which are in Western Australia. Strong cash flow from Thunderbox and Carosue Dam reflect Saracen’s position as a company with no debt, better exploration facilities and increasing gold reserves.

Its current market cap on the Australian Stock Exchange is given to be $5.1bn.

The Duketon Gold Project located in Western Australia’s North Eastern Goldfields is 100% owned by Regis Resources and carries a total annual milling capacity of 10 million tonnes. Its operations began in mid-2010 after the Moolart Well Gold Mine was constructed. After acquiring the Gloster Gold Deposit in 2015 along with other surrounding minor deposits, Regis began to blend ore with a reasonable amount of success in a bid to extend the Project’s mine life.

Regis has a current market cap of $2.64bn on the Australian Stock Exchange.