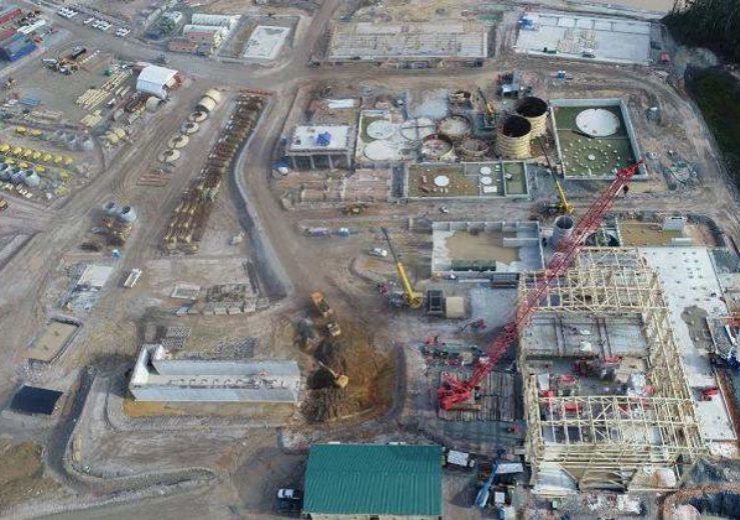 Newcrest managing director and CEO Sandeep Biswas said: “This was a great opportunity to increase our exposure to Fruta del Norte, a Tier 1 asset, which is expected to commence commercial production in the June 2020 quarter.”

The Fruta del Norte deposit lies within the copper-gold metallogenic sub-province of the Cordillera de Condor region. It is an intermediate-sulphidation deposit hosted within andesites of the Misahualli Formation.

The deposit extends 1,670m along strike and has a varying width ranging between 150m and 300m.

The gold mineralization occurs in quartz-sulphide along with carbonate stockwork veining and brecciation. Majority of the gold is microscopic and occurs along with quartz, carbonates, and sulphides.

Lundin had achieved the production of the first gold from the project through a doré bar from the gravity circuit.

Overall, the company expects to produce 3,500 tonnes per day or an average of 310,000 ounces gold of per year from the Fruta del Norte mine.

The Ecuadorian gold project also includes the construction on a 21km road and a 42km powerline that connect the mine to the national highway system and national power grid, respectively.

Construction on the Fruta del Norte gold project began mid-2017. This was about three years after Lundin Gold had acquired the Ecuadorian gold deposit from Kinross in $240m.

The Fruta del Norte gold deposit was discovered in 2006 by Aurelian Resources. According to Lundin Gold, it is a large, high-grade gold deposit having probable reserves of 5.02 million ounces of gold grading at 8.74 grams per tonne.

The underground gold mine has a mining life of around 15 years.