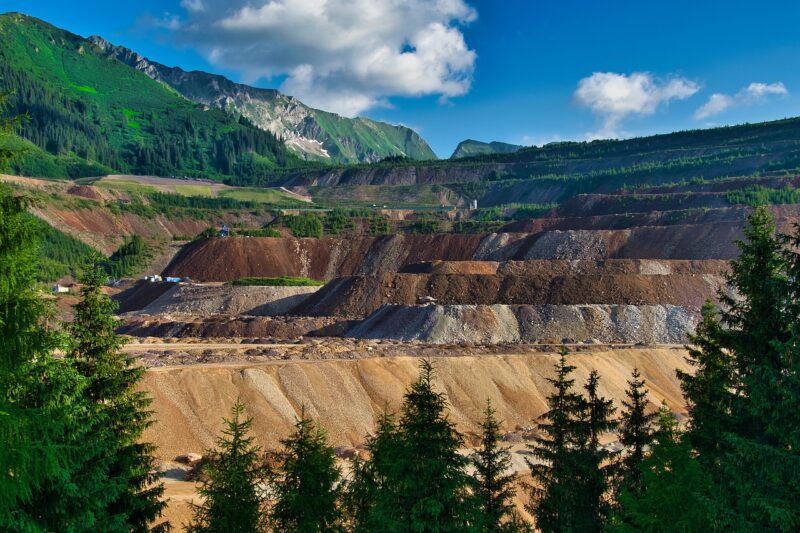 When it comes to global iron or production figures, the top three mining companies — Rio Tinto, Vale and BHP Group — also occupy the top spots in the list of the ‘world’s 40 largest mining companies’.

Headquartered in Australia and Brazil, these giants in the mining world have a firm grip on the industry, positioned way ahead of the competition in terms of both production and market capitalisation.

Most of the iron ore that is mined is used as raw material to produce pig iron, which is the main component in the manufacture of steel.

Pig iron for the manufacture of steel accounts for 98% of all iron ore production, with about 1.6 tonnes of the material needed to manufacture one tonne of the alloy.

Comprising nearly 5% of the earth’s crust, iron ore is mostly found in the form of haematite (which gives out the reddish tint in iron ore) and magnetite (lodestone).

Diversified Anglo-Australian mining company Rio Tinto tops our list with iron ore production of 327 million tonnes in 2019. Snatching top spot from previous leader Vale was not only due to the Brazilian company’s political and economic turmoil but also Rio Tinto initiatives, such as investing in automation and reassuring stakeholders with consistent mining investments and developments.

In terms of market capitalisation, the Melbourne headquartered Rio Tinto comes second only to rival BHP Group with $88.6bn on the New York Stock Exchange (NYSE).

Like the BHP Group, Rio Tinto also has major iron ore interests in Western Australia’s Pilbara region. Rio’s biggest project is the upcoming Koodaideri mine, which is set for launch in 2021.

The miner owns 16 mines and four port facilities. Although most of its revenues are earned through iron ore, Rio Tinto also mines diamonds, copper, aluminium, and energy and minerals.

Formerly known as Companhia Vale do Rio Doce, Vale is a diversified multinational and mining company headquartered in Rio de Janeiro, Brazil, which is now also involved in logistics. It has a market capitalisation of $61.7bn on the NYSE.

Vale’s Carajás iron mine located in the north of the country is one of the world’s largest facilities. Possessing about 7.2 billion metric tonnes of proven iron ore reserves, its daily production amounts to 300,000 metric tonnes. The ore mined here is considered of the highest quality. The company also mines for nickel, coal, manganese and ferroalloys.

Melbourne-headquartered, Anglo-Australian diversified mining company BHP Group has iron ore assets in Australia and Brazil. The largest company in terms of market capitalisation with more than $134bn on the NYSE, BHP’s iron ore production in 2019 was 270 million tonnes; a little less than the 275 million tonnes unearthed in 2018. However, the 2020 production is expected to deliver between 273 and 286 million tonnes.

With most of its iron ore business concentrated in Western Australia’s Pilbara region, production consists of five mines, four processing hubs and two port facilities. BHP also has a sixth mine, South Flank, in the pipeline.

The BHP Group is also co-owner of the Brazilian Samarco facility.

Fourth on the list is Fortesque Metals Group, which focuses solely on iron ore mining. Headquartered in Perth, Western Australia, Fortescue’s 2020 fiscal forecasts iron ore shipments from 175-177 million tonnes; a breath of fresh air for the miner despite the ongoing coronavirus pandemic. Its shipments in 2018-2019 weighed in at around 168 million tonnes, according to Reuters.

Similar to the business model of Rio Tinto and BHP, Fortescue’s iron ore mining is concentrated in the Pilbara region of Western Australia, predominantly in the Eastern Hamersley regions and Western Hub (the Chichester Hub and Solomon Hub).

With a high demand from China for its mid-grade ores, Fortescue has been fairing better than many iron-mining peers in 2020. Fortescue reflects a market cap of $18.6bn on the NYSE.

During the past five years, NMDC has been a valuable contributor to the Indian mineral sector. The Bailadila range in the jungle land of Bastar, in the state of Chhattisgarh, is its main source of iron ore and is believed to contain 1,200 million tonnes of high-grade iron ore. Along with the Bailadila sector mines, the Donimalai sector mines are the company’s next-biggest contributors of iron ore.

It is also involved in the exploration of other metals and minerals, such as copper, diamond, limestone, gypsum, rock phosphate, bentonite, dolomite, magnesite, graphite, tin, tungsten and beach sands.

NMDC has a market cap of nearly $4bn on the NYSE.