After a strong showing in 2019, Fortescue Metals Group has now set its sights on a bumper year driven by international expansion and technology innovation 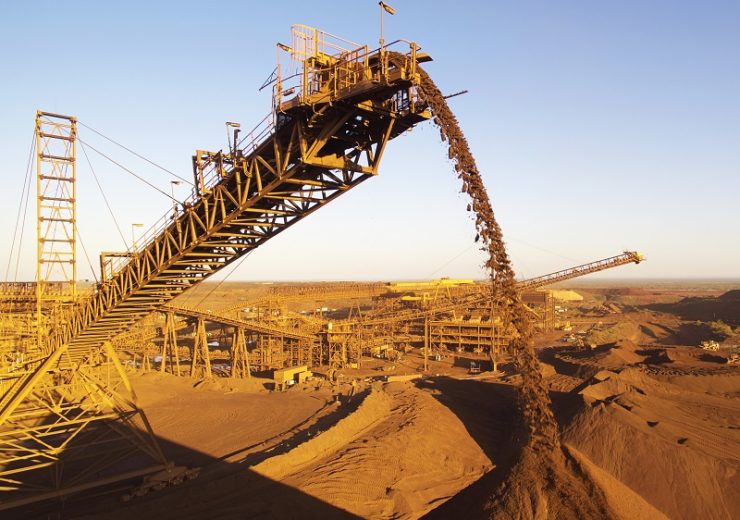 In a little more than 15 years, Fortescue Metals Group has become one of the leading players in the iron ore market and has gone to great efforts to define itself as one of the safest, most economic and innovative mining operators. After a successful 2019, World Mining Frontiers writer Jim Banks looks at how the company is exploring in both new and existing territories.

Since it was founded in 2003, Fortescue Metals Group (FMG) has discovered and developed major iron ore deposits and constructed some of the most significant mines in the world. It has grown to become one of the largest iron ore producers globally, consistently shipping around 170 million tonnes (Mt) of iron ore each year.

With revenues rising and higher prices realised per tonne in 2019, it has a strong platform to take its philosophy of safe, efficient and innovative production to new heights in 2020.

The company holds the largest tenement portfolio in the Pilbara region of Western Australia, which has been the bedrock of its growth, and is vital to maintaining mine life and sustaining product quality in its core iron ore business.

The Western Hub Resources hold significant amounts of high iron content bedded iron ore, on which the company’s growing revenues – which topped $10bn in 2019 – are built. Overall, the 2019 financial period saw profits of around $3.2bn.

Fortescue’s chief executive officer, Elizabeth Gaines, remarked that it was “a year of record achievements”. Most notable among these, she emphasised, was the company’s safety record, “which resulted in our lowest annual total recordable injury frequency rate (TRIFR) of 2.8, with the entire Fortescue team delivering excellent results across all of our operations”.

“Our integrated operations and marketing strategy, record processing, together with our continued disciplined approach to cost management delivered shipments of 167.7Mt and a full year underlying EBITDA margin of $39 per dry metric tonne,” she added.

“We are executing our strategy of producing the majority of our products at greater than 60% Fe, with an important first step of this journey being the introduction of West Pilbara Fines in December 2018.

“We have seen a strong start to the 2020 financial year and Fortescue is well positioned to continue to deliver benefits to all stakeholders.”

Fortescue Metals Group is looking to broaden its horizons

So far, the bulk of Fortescue’s recent exploration activity in Australia has been focused largely on early-stage target generation for copper-gold deposits in the North Paterson and Rudall region, although there has been some additional activity in New South Wales and South Australia.

As well as iron ore exploration in the Pilbara region, FMG is in the process of exploring copper-gold opportunities in Western Australia. It is also involved in two exploration joint ventures in South Australia, where it is looking to unearth more copper and gold deposits.

The driving force for future growth, however, is likely to be yet more product diversification, as the company continues to broaden its horizons

At the moment, it is looking closely at exploration and development opportunities throughout South America. Among the promising regions currently under the microscope are Ecuador, Colombia and Argentina.

Operations in Ecuador are already underway. Drilling on targets prospective for copper began at Fortescue’s Santa Ana concessions in April 2019. This follows from the company’s entry into Argentina, where it acquired an exploration company at the end of 2018.

Through this investment, Fortescue has opened up access to a large greenfield landholding of approximately 2,930 square kilometres (km2) in the province of San Juan, which holds promise for reserves of copper-gold.

The first field work at the site began in January 2019, in a project area around 180km from San Juan. In Ecuador, the company has recently completed its first 3,500m drilling programme in the search for copper.

These new ventures are part of a broad spending plan put forward by Fortescue for 2020, which will see it invest further in its existing mines and infrastructure, as well as searching for new opportunities at home and abroad.

Beyond its status as the largest tenement holder in Pilbara, the company also has a 3,000 km2 tenure in New South Wales and a 15,000km2 tenure in South Australia. The development of these holdings will be an essential part of its $2.4bn capital expenditure in the 2020 financial year.

This huge outlay will be dispersed in many ways. Sustaining capital of $700m is expected to go to underpinning existing mine and infrastructure operations. Operational development will account for $200m and the Queen’s Valley development for $150m. A sizeable amount will also go on the development of major iron ore projects already underway.

Eliwana, which lies in the Western Hub of the company’s Pilbara operations, represents a $1.3bn capital investment and is, so far, progressing on schedule and budget. Construction started in July 2019, and when finished it will include the implementation of infrastructure, including 143km of rail link.

It is expected to deliver the first ore on train in December 2020. For the year ahead, $700m has been earmarked for further development.

The Iron Bridge Magnetite Project, which is also in the Pilbara region, is a $2.6bn investment, with first ore scheduled for delivery in mid-2022. With 67% Fe low-impurity premium product the ultimate output, the project holds great promise. Detailed engineering has already begun with bulk earthworks starting in late 2019, and a further $500m will go into the project in 2020.

This leaves a sizeable chunk of the budget for exploration. With $140m available for exploring new opportunities, up from the $105m spent in the 2019 financial year, there is plenty in the war chest.

To have come to prominence in the iron ore industry in a relatively short space of time, Fortescue has devoted energy and investment to being highly efficient in its production processes, and it continues to prioritise the use of innovative technologies to continue improving its performance.

A look at its mining techniques and infrastructure quickly shows the value of this investment.

In the Pilbara region, for instance, the company operates the five-berth Herb Elliott Port and Judith Street Harbour towage facility in Port Hedland. Rail links from the region’s major hubs run to the port, and that link is currently the fastest heavy-haul railway in the world.

Perhaps the most innovative of its technological developments, however, are in the area of autonomous operation.

The company not only uses autonomous drills, but it has been driving hard to become the first iron ore operation in the world to have a fully-autonomous haulage fleet. Its autonomous haulage technology (AHS) took another step forward in mid-2019 with the first Cat 789D model trucks fitted with AHS now in operation at Cloudbreak, which lies in the Chichester Hub in Pilbara.

Towards the end of 2019, Fortescue’s AHS trucks passed a significant milestone, having safely moved more than one billion tonnes of material across 33.5 million km. The company began implementing autonomous truck technology back in 2012, when it became the first in the world to deploy Cat autonomous haulage on a commercial scale.

The next step will be the conversion of its fleet to autonomy across all its mine sites in the Pilbara, which will involve fitting 175 trucks with AHS by mid-2020.

Another innovation in operation at Cloudbreak is a 5km relocatable conveyor that includes two semi-mobile primary crushing stations and feeds directly into the Cloudbreak ore-processing facility. The conveyor can be positioned approximate to pits and relocated, extended or shortened once an area is mined.

Next in the company’s sights is green energy. Solar power is an obvious avenue to explore for its Australian operations, but the company is also working to develop hydrogen as a fuel source.

At the end of 2018, FMG announced the formation of a landmark partnership with Australia’s national science agency, CSIRO, which will focus on the economic opportunities associated with hydrogen.

At CSIRO, key developments include metal membrane technology (MMT), which enables ammonia to be used as a carrier material for hydrogen storage and transport. MMT thus makes the transportation of low-emission hydrogen economically viable.

This venture, which could see Fortescue become a key driver of the global hydrogen industry, shows that when it talks about exploration, the company is not only referring to new mining opportunities, but also new commercial avenues made possible by its track record of rapidly developing new technologies.

As Fortescue looks beyond its home territories towards new iron and copper opportunities in South America, there is no doubt that new technology will play a key part in making those ventures viable.