Fortescue commissions first autonomous truck at Cloudbreak mine in WA 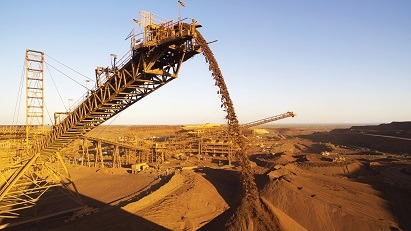 The firm said that the move marks a significant milestone becoming the first iron ore operation in the world to have a fully autonomous haulage fleet.

Fortescue intends to roll out a total of 38 autonomous trucks at the Cloudbreak mine.

The move forms a part of the firm’s broader plan to convert its fleet of 175 trucks to autonomy by integrating them with AHS technology, across all its mine sites in the Pilbara by mid-2020.

The company said in a statement: “Building on Fortescue’s leading autonomy capability, which began in 2012 when the Company was the first in the world to deploy Cat autonomous haulage on a commercial scale, the planned roll out of 38 autonomous trucks at Cloudbreak has commenced.”

For the rollout of the AHS technology at Cloudbreak mine, the firm said it has transferred 160 pieces of machinery to the Cat MineStar Command remote operations server.

“Our approach to autonomy is to be open and transparent with our plans and to work closely with our team members to offer opportunities for re-training and re-deployment.

“Around 3000 Fortescue team members have been trained to work with autonomous haulage, including over 200 people trained as Mine Controllers and AHS system professionals. This ensures Fortescue remains transformational and leads to higher skilled workers and jobs.”

The Cloudbreak mine, which is said to be the first remote mining operation in the world to use the Cat MineStar Command system in production mode, comprises the 5km relocatable conveyor.

The conveyor, which has replaced the equivalent of 12 manned trucks, features two semi-mobile primary crushing stations and feeds directly into the Cloudbreak ore processing facility (OPF).

Gaines added: “Our remote operations centre located in Perth is a critical part of our integrated supply chain and key to increasing productivity and efficiency across our operations.”