From Australia and Brazil to Ukraine and India, just a handful of countries lay claim to the biggest iron ore reserves to be found around the world 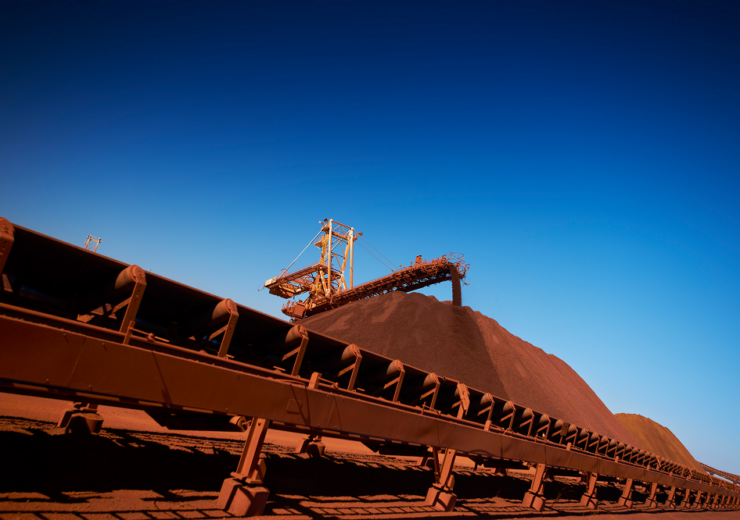 Western Australia is one of the most iron ore-rich regions of the world (Credit: BHP)

Iron ore is an important manufacturing ingredient primarily used in steelmaking, and its significance to the global economy supports a high level of demand from those countries with the largest reserves in the world.

According to the US Geological Survey (USGS), global crude iron ore reserves stood at around 170 billion tonnes as of 2019, comprising 81 billion tonnes of iron content.

Around 2.5 billion tonnes of the metal were produced from mines worldwide in 2019, with Australia holding a dominant position among the world’s top iron ore producing countries.

Here, NS Energy profiles the countries around the world that hold the largest reserves of crude iron ore, as of 2019.

Australia is home to the largest reserves of iron ore worldwide, with an estimated 48 billion tonnes identified as of 2019.

The majority of the country’s iron ore resources are located in the state of Western Australia, particularly the Pilbara region, with much of the remainder based in South Australia.

Given this natural abundance, Australia is also the world’s top iron ore producer, almost doubling the output of its nearest rival with around 930 million tonnes in 2019.

Iron ore is Australia’s largest source of export revenue, valued at around AUD$77m ($59m) in 2018/19, with many of these goods sent to feed China’s huge steelmaking industry.

The country is home to the world’s biggest iron ore mining operation – the Carajás Mine based in the northern state of Pará.

In 2019, Brazil produced roughly 480 million tonnes of the commodity, reflecting a small increase on the previous year and second only to Australia.

Mining business Vale is the country’s largest operator, and the second-largest iron ore-producing company in the world after Rio Tinto.

Russia is home to an estimated 25 billion tonnes of iron ore reserves, placing it third on the list of global deposits.

These reserves have supported the rapid growth of Russia’s steelmaking industry as the country pursued industrialisation.

According to USGS data, the country produced 99 million tonnes of iron ore in 2019, making it Europe’s top producer and the fifth most productive country in the world.

Key reserves in Russia are located in the Kursk magnetic anomaly in the west of the country, as well as in areas around the Ural Mountains, the regions of Tula and Siberia.

China ranks fourth on the list of the world’s largest iron ore reserves, with around 20 billion tonnes measured in 2019.

It is also the third-largest producer after Australia and Brazil, with output used to supply the country’s huge steelmaking industry – which is by far the largest internationally, currently accounting for more than half (53%) of the world’s entire production according to the World Steel Association.

Liaoning, Sichuan, Hebei, Inner Mongolia and Shanxi are among the most iron ore-rich regions of China.

Despite enjoying some of the world’s biggest deposits of iron ore, the sheer size of China’s steelmaking industry means it still needs to supplement domestic production with foreign supplies, and in 2019 the country accounted for 69% of the commodity’s global imports.

Ukraine holds an estimated 6.5 billion tonnes of crude iron ore reserves, according to the USGS.

Reserves and production of the metal, which delivered 62 million tonnes in 2019, is concentrated mainly in the central areas of the Eastern European country.

Output exceeds the country’s domestic needs, making iron ore exports an important source of revenue for Ukraine – with much of the trade going to China, as well as neighbouring Poland and Czech Republic.

Iron ore reserves in Canada rank sixth in the world, and measured approximately six billion tonnes as of 2019.

The majority of the country’s resources are located in the Labrador Trough region, along the border between Quebec, Newfoundland and Labrador, as well as from Nunavut.

Canada is the world’s eighth-largest iron ore-producing country, with output totalling around 54 million tonnes in 2019.

While comparatively low on the list of countries with the largest iron ore reserves, totalling 5.5 billion tonnes, India punches above its weight in terms of production.

It is the world’s fourth-biggest producer of the metal after Australia, Brazil and China, and far ahead of fifth-placed Russia.

Resources are spread widely throughout the country, although the states of Odessa, Jharkhand, Karnataka and Chhattisgarh are notable for their productivity.