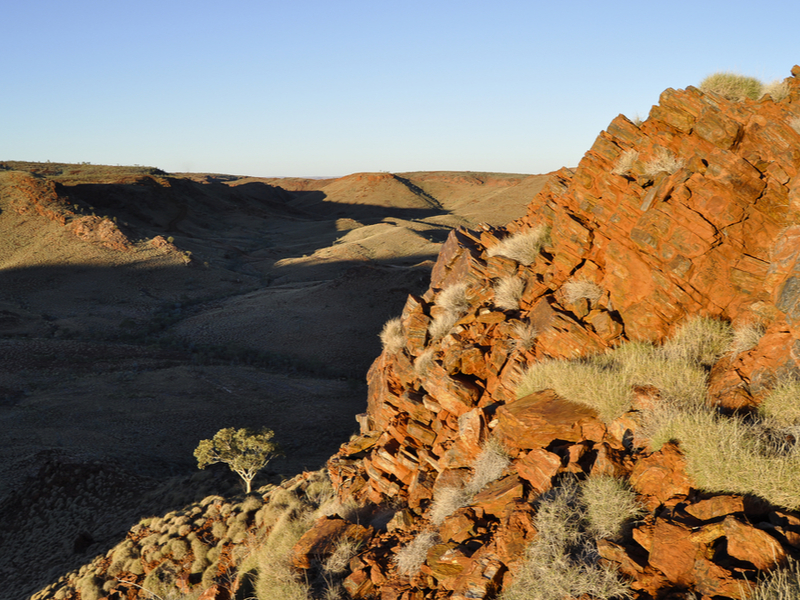 With 30% of the world’s estimated 170 billion tonnes in its backyard, iron ore forms a central pillar of the mining industry in Australia.

Most of the country’s iron ore is located in Western Australia, which stood second in terms of global iron ore production, with three of the top five iron ore mining companies hailing from this state. The top two hail from Melbourne.

Only China outstrips Australia it in terms of total volume, but its iron ore is predominantly used domestically and typically of a low grade. This has made Western Australia the world’s largest supplier of global seaborne iron ore, along with being the main exporter to China.

A forecast by the Government of Western Australia estimated the state’s iron ore supply in 2019 to be about 878 million tonnes.

Topping our list of iron ore mining companies in Australia, is Melbourne-based diversified mining giant Rio Tinto. The mining and metals pioneer not only produces iron ore for steel but also other minerals and ores, such as aluminium for cars and smartphones, titanium for paint, copper for wind turbines, water pipes and electric cars, and diamonds.

Established in Spain in 1873, the world’s second-biggest miner has business interests spanning 36 countries and a workforce of about 47,000 on its payroll. In 2018, Rio Tinto was the only miner to stop producing coal and other fossil fuels.

Rio Tinto shipped 327.4 million tonnes of iron ore in 2019, while boasting a gigantic market cap of nearly AU$150bn on the ASE. It also generated an annual revenue of more than $43bn in the same year, as per a Bloomberg study.

Second in this list of Australian iron ore producers, is the Anglo-Australian mining behemoth BHP Group, which also happens to be the world’s largest mining company. Based in Melbourne, like its rival Rio Tinto, BHP focuses on oil and gas, copper, iron ore mining, metallurgical coal and mineral processing.

Although having businesses in six continents, similar to global competitor Rio Tinto, BHP primarily operates in Australia and the Americas. With a workforce of more than 62,000 employees, this diversified mining company has a colossal market cap of about AU$180bn on the ASE, as per data generated by Bloomberg, and produced an annual revenue of more than $44bn in 2019.

Established in 2003, Fortescue Metals Group‘s current infrastructure comprises two mine hubs (the Chichester Hub and the Solomon Hub, both of which it owns and operates) with a third facility in the pipeline. The Chichester Hub, located in the Chichester Ranges of Pilbara, Western Australia, includes the Cloudbreak and Christmas Creek mines. The Solomon Hub, also located in Western Australia’s Pilbara, but in the Hamersley Ranges, consists of the Firetail and Kings Valley mines.

4. ITOCHU Minerals and Energy of Australia

Founded in 1967, IMEA generates its revenue through investment in and production of iron ore, coal and alumina. ITOCHU Australia has joint ventures with Mitsui ITOCHU Iron and Japan Alumina Associates. It also manufactures mining machinery.

According to the ITOCHU Australia website, IMEA’s annual production capacity is about 280 million tonnes with estimating its 2019 annual revenue to be $1.06bn (US$1=AU$1.41). Forbes puts parent company ITOCHU’s market cap at $29.6bn.

One of the most successful, privately-owned companies in Australia, Hancock Prospecting Pty Ltd. (HPPL) and Western Australia’s Pilbara region go way back in their association with the iron ore and agriculture sectors.

Hancock, which is also one of Australia’s oldest cattle station owners, was founded by Lang Hancock who discovered iron ore in 1952 and pioneered the associated industry in the Pilbara.

Hancock Prospecting is a progression of 10 major iron ore mines beginning with the first in 1966. All were developed from original discoveries by Hancock, who was popularly known as “the flying prospector” due to his penchant for using a light fixed-wing aircraft in the exploration of minerals.