PROK will be responsible for the design, manufacture and supply of approximately 170 complete pulleys 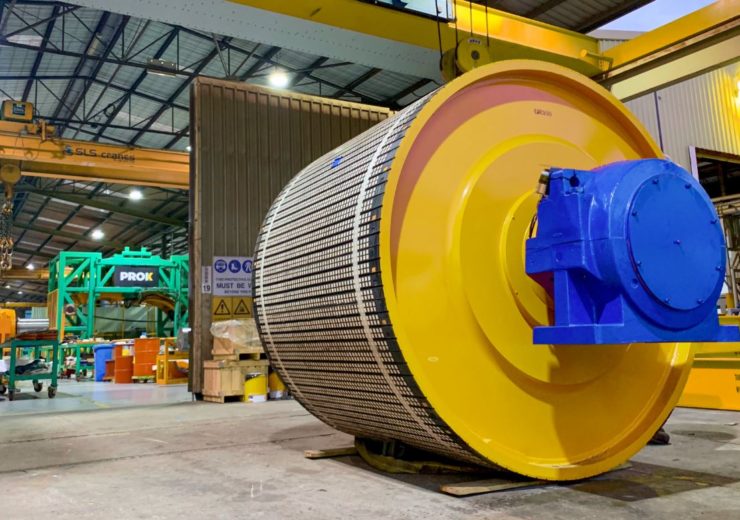 Under the contract, PROK will be responsible for the design, manufacture and supply of approximately 170 complete pulleys, which will be manufactured at its Bayswater production facility located in Perth, Western Australia.

The firm said that the conveyor pulleys will be installed in 25 new conveyors at the Iron Bridge site.

“As a recognised leader in large engineered pulleys, we were a perfect fit for this type of project. Our advanced in-house engineering team worked closely with the client to design a pulley solution that meets all project requirements.

“We are excited to be part of this project and proud to be supporting Fortescue with heavy duty engineered pulleys manufactured right here in Western Australia. We look forward to working closely with FMG as the project progresses.”

PROK will deliver the pulleys, which range in sizes from 500mm – 1200mm diameter, in six stages starting from January 2021.

Furthermore, the agreement forms part of Stage 2 of the Iron Bridge project that involves construction of a large-scale process plant as well as port infrastructure to support 20mtpa magnetite production.

The Iron Bridge project is one of the biggest magnetite resources in Australia.

Expected to deliver first ore in the first half of 2022, the magnetite project is expected to have a life of more than 20 years.

In January this year, Fortescue Metals Group has unveiled its plans to invest $450m in the next stage of Pilbara Energy Connect Programme, called Pilbara Generation project, in Western Australia.