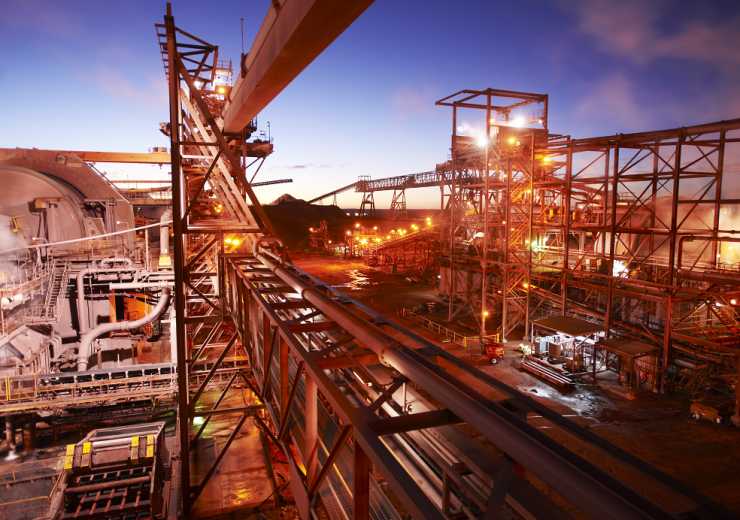 Copper is one of the most commonly-used metals worldwide, and many of the largest mining companies are involved in its extraction from the earth.

The reddish-gold metal has a range of industrial uses, and is often used in electronics due to its high electrical conductivity and its ability to be easily shaped into wiring. It is also a good conductor of heat, giving it additional properties prized by industry.

There is expected to be a growing demand for copper over the coming years – along with many other metals and minerals – due to its importance to the manufacturing of products that will be used in the electrification of the world’s energy system.

The largest reserves are located in Chile, which is also by far the world’s top copper producing country ahead of Peru and China.

According to the US Geological Survey, around 20 million tonnes of copper were produced globally in 2020, a small decline compared to the previous year.

Chile is home to the world’s largest reserves of copper, estimated at around 200 million tonnes.

Codelco mines many of these Chilean reserves, including the El Teniente project (the world’s largest underground copper mine), and Chuquicamata (the second-deepest as well as one of the largest open pit mines in the world).

In the 2020 calendar year, its copper production measured 1.68 million tonnes.

BHP jointly owns the world’s largest copper mine – the Escondida project in Chile – alongside partners Rio Tinto and JECO.

The diversified miner operates a number of other copper mines in Chile, including the Spence project, as well as the Olympic Dam mine in South Australia.

In partnership with Rio Tinto, BHP is seeking to advance the Resolution Copper project in Arizona, US, which is expected to yield around 18 million tonnes of copper over its planned lifetime.

Headquartered in Phoenix, Arizona, US miner Freeport-McMoRan produced 1.45 million tonnes of copper in 2020, a 1.3% year-on-year decline.

The international natural resources company, which is engaged primarily in the mining of copper, molybdenum and gold, is also the world’s largest producer of molybdenum.

Its major mining interests include the Grasberg copper-gold deposit in Indonesia – the world’s biggest gold mine – and the Morenci mine in Arizona, which is one of the largest copper deposits in North America.

In total, the company operates seven open-pit copper mines in North America, as well as two molybdenum operations. It also has two copper mines in South America – Cerro Verde in Peru and El Abra in Chile.

Swiss-headquartered mining and commodity trading company Glencore produced 1.26 million tonnes of copper in 2020 – an 8% decline compared to the previous year.

Glencore’s major copper mines include interests in the Antamina open-pit mine, located in the Peruvian Andes, as well as Chile’s Collahuasi mine. In Australia, it operates the Ernest Henry, Mount Isa and CSA mines.

The company also has a significant footprint in the Democratic Republic of Congo (DRC), where it mines copper alongside cobalt at the Katanaga and Mutanda mines. The DRC by far the world’s largest cobalt producing country, and Glencore has established itself as one of the top producers of this metal via these operations.

Founded in 1952 and currently a subsidiary of Grupo Mexico with headquarters in Mexico City, Southern Copper ranks fifth among the world’s largest copper mining companies.

In 2020, it produced just over one million tonnes of the metal, a slight increase on the previous year.

Apart from copper operations, Southern Copper is also a major refiner of gold, silver, zinc, lead and molybdenum. Almost 80% of the Mexican miner’s revenue is generated through the sale of copper.