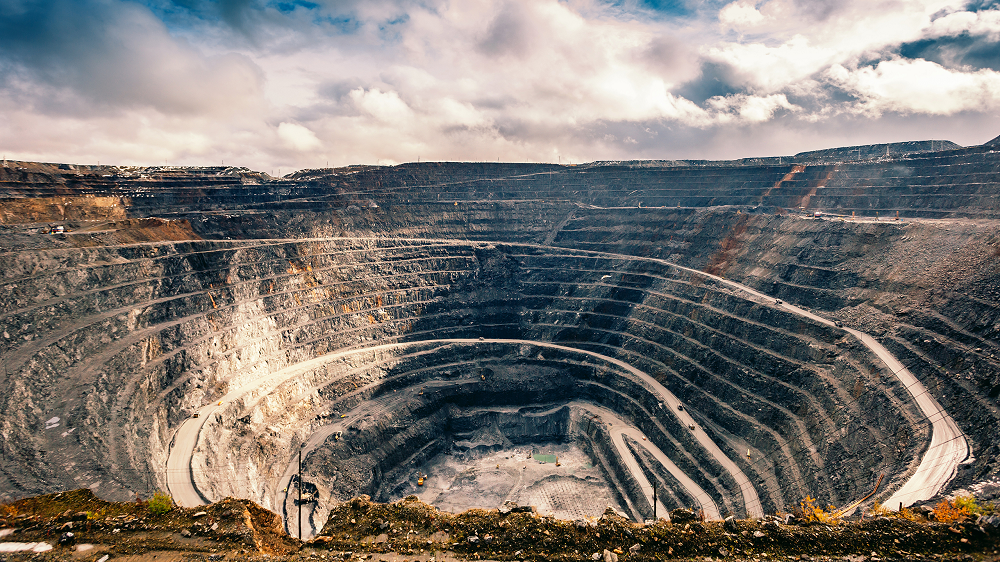 Images evoked by gold mines are often bound up with nostalgia for the famous gold rush along the US’ western frontiers throughout the 19th century – but today large-scale operations to extract the valuable commodity continue in earnest around the world.

Demand remains high for the precious metal, particularly in jewellery-making and as a relatively safe investment opportunity.

Gold often occurs in free elemental form in rocks, veins and alluvial deposits in the form of nuggets or grains.

Many gold miners today are artisanal operators, often working in dangerous conditions to extract the valuable resource, although numerous large-scale operations have been established too, processing millions of ounces of the metal each year.

Until 2006, South Africa was the world’s largest gold producer, but in the years since a host of countries including China, Australia and Russia have overtaken it in terms of overall output, with global gold production expected to reach 132 million ounces by 2023.

Five of the biggest gold mines around the world

Discovered in 1988 in the remote highlands of the Sudirman Mountain Range in the province of Papua, Indonesia, Grasberg is the world’s largest gold mine.

The mine is operated by Freeport Indonesia (PTFI), a subsidiary of Freeport-McMoRan Copper & Gold (FCX).

Aside from being the world’s biggest gold mine, Grasberg is also its second-largest copper mine.

The Muruntau gold mine located in the Navoi region of Uzbekistan is one of the world’s largest gold mines and, at 600 metres deep, is also one of the deepest open pit mines globally.

Located in the Krasnoyarsk region of Eastern Siberia, Russia, the Olimpiada gold mine is owned and operated by Polyus Gold.

The mine contributes to half of Polyus’ total gold output.

Ore extracted from the operation is processed at three plants with a combined capacity of 13 million tonnes per year.

Polyus Gold has claimed the Olimpiada gold mine is estimated to contain proven and probable reserves of around 28 million ounces.

Located 900km north-east of Port Moresby in the New Ireland Province of Papua New Guinea (PNG), the Lihir gold mine has been operating since 1997.

It is 100% owned and operated by Australian miner Newcrest, which acquired the Lihir operation as a result of a merger with former owner Lihir Gold in August 2010.

Most of the ore that Lihir produces is refractory and treated using pressure oxidation before the gold is recovered by a conventional leach process, according to Newcrest.

The mine has produced more than 10 million ounces of gold since the start of production, and in the 2019 financial year produced around 933,000 ounces.

The Lihir gold mine employs around 4,500 people, around 90% of which are Papua New Guineans.

Owned and operated by Pueblo Viejo Dominicana Corporation (PVDC), the Pueblo Viejo mine is located around 100km north-west of Santo Domingo in the Dominican Republic.

PVDC is a joint venture between Barrick Gold (60%) and Newmont Goldcorp (40%).

First production from the mine started in 2012 and it has a projected mine life of more than 25 years.

The Pueblo Viejo mine is estimated to contain proven and probable reserves of around 7.2 million ounces, and in 2017 gold production from the mine was at 650,000 ounces.

The Quisqueya I power plant supplies power to the Pueblo Viejo mine.

In May 2018, PVDC agreed to convert the Quisqueya I power generation facility from heavy fuel oil (HFO) to natural gas.