While increased blade size might be beneficial in making the most of the wind on a slow day, it is making testing newly developed turbines more challenging, as two experts explain 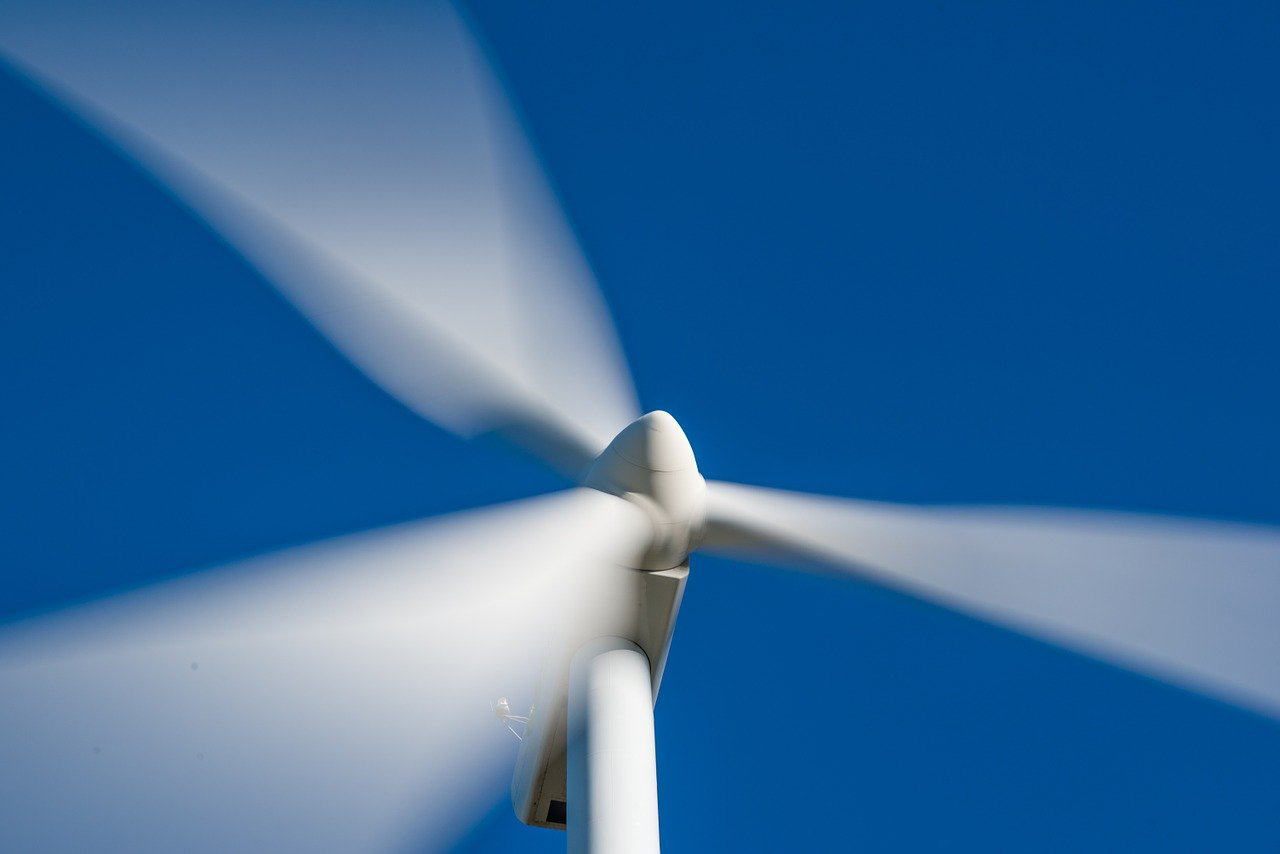 Bigger is better when it comes to offshore wind power, but testing blades also increases in complexity

Bigger is better when it comes to offshore wind power. GE Energy’s Haliade-X 12MW is the largest wind turbine in the world to date, a behemoth boasting a nacelle with 12MW capacity, a 220m rotor and a 107m blade. Its bigger rotor, longer blade and higher capacity is designed to make the turbine less sensitive to wind speed variation, and the correspondingly increased predictability and functionality at low wind speeds will enable it to capture more annual energy production than any other offshore wind turbine. It can generate 67GWh annually, enough to power 16,000 European households based on wind conditions on a typical German North Sea site.

In addition to setting a new benchmark for size, GE Energy promises the 260m turbine will ensure savings across manufacturing, installation, cycle times, and service and repairs thanks to simplified processes and intelligent components. The turbine is intended to be well suited to high to medium wind speed environments, but its larger capacity will mean it can produce energy at low wind speeds.

While this increased size might be beneficial in making the most of the wind on a slow day, it is making testing newly developed turbines more challenging. For the Haliade-X 12MW, which is due for commercialisation in 2021, this task is being undertaken by offshore renewable energy technology centre, the Offshore Renewable Energy Catapult, at their testing facilities in Blyth, Northumberland.

“GE Haliade-X is the world’s largest turbine and the LM 107 blade is the world’s longest blade. Due to their sheer size and weight, shipping them to Blyth and into our 15MW powertrain test facility and blade test facility has proved to be very challenging, even before starting our carefully designed bespoke testing programmes,” explains Dr Chong Ng, head of applied research at Offshore Renewable Energy (ORE) Catapult.

The blades are so large that they present a huge logistical challenge: the utter weight of the nacelle means the turbine had to be shipped and handled by very large vessels with heavy cranes, including two 250t overhead cranes with additional mobile cranes to carry and manoeuvre it into position for testing.

However, before the challenges of bringing the components to Northumberland, extensive preparation was required to facilitate the process of testing a novel turbine.

“Both the Haliade-X nacelle and 107m blade are beyond what the wind industry has experienced, designed and built before,” Ng explains. “To perform useful and realistic testing and detailed validation, ORE Catapult and GE had been working together for more than a year to gain a very detailed understanding of the 12MW nacelle and 107m blade overall system and subsystem characteristics, designs, and their potential deploy sites operational conditions.

“This relationship ensured the design of a highly effective testing and validation programme for the 15MW powertrain test facility, 18MVA eGrid and blade testing facilities to prove their design robustness and lifetime reliability,” says Ng.

Given the size of the blade, it is necessary to understand how it might behave during testing, but even fitting it into the ORE Catapult test facility proved challenging.

“The LM 107 is right at the limit of the capabilities of our blade test facilities – for some of the tests the tip will need to poke out of the door,” says senior research engineer for blades, Dr Peter Greaves. “Just handling a blade of this size presents huge challenges before the test has even begun.”

“We deal with very small margins of error in testing, and so the size of the turbine will reduce the margins of error that are acceptable,” adds Hyunjoo Lee, knowledge area lead for drivetrains. “As we conduct mechanical and electrical testing simultaneously, monitoring the applied loads and the reaction of the turbine is very important. However, the required load is well above the measuring capacity of conventional sensors (torque, strain, for example) and so we need to employ advanced monitoring techniques.”

In addition to employing the latest technologies, ORE Catapult has learned from its previous experience of testing large blades and nacelles, and has developed and validated simulation tools that can accurately predict how the blade will deflect during testing.

“These show us that although we are close to the limits of the facility, we won’t exceed them,” explains Greaves. “For handling the blade, we have built on experience of the last few large blades that we have tested to understand how the blade can be lifted safely.”

Each of the testing programmes last at least six to nine months, but many clients opt for a longer programme to thoroughly validate their design and the quality of their system assembly, and hence turbine reliability, in detail under conditions as close as possible to the fields they will potentially be deployed in across the world.

“Commissioning tests, functional test, extreme condition test, fatigue test and certification test are some of the typical tests that we and our client will consider,” Ng says. “Special tests will always be added on top to analyse specific topics.”

“Hundreds if not thousands (when considering both the nacelle, its subsystems and blade) of validation and inspection criterions will be designed into each test programme to analyse and determine the result, in aspects such as reliability, life estimation, functional performance,” he adds.

As part of the design process for wind turbines, many simulations are performed using software that can capture the loading that the turbine encounters in service, Greaves explains.

“This aero-elastic software captures the structural dynamics of the turbine, the aerodynamic loading from the wind and the hydrodynamic loading from the waves and tide,” Greaves states. “It will create many thousand time series of loading at different points along the blade length, which are then processed to find the extreme loads in each direction and also the equivalent fatigue loads for the blade. These are the inputs that are used to design a blade test.”

Tests ahead bend the blade to the extreme loads

In order to certify a wind turbine blade for use in the field, it undergoes modal and self-weight tests, to check the blade weight and if it vibrates at the frequencies predicted by simulation. Four static tests, which bend the blade to the extreme loads in the downwind and upwind directions, and towards the leading and the trailing edge, are also conducted, as well as two fatigue tests, where the blade is forced backwards and forwards several million times.

After the static tests, the prototype turbine is approved to begin testing but is not yet certified. These tests are performed by attaching six to eight wooden clamps to the blade along its length and applying loads with winches that match the extreme loads seen in the simulations.

The first fatigue test is the flapwise test and shows whether the blade can withstand the aerodynamic load cycles it will experience in 25 years of service in the field. The second is the edgewise test, which shows it can withstand 100 million revolutions being bent backwards and forwards by its own weight. ORE Catapult has developed a method of performing both tests at the same time, which is not only more realistic but also reduces the test duration substantially.

Following the fatigue test, the static tests are then performed again to show that the blade could withstand the extreme load cases at the end of its life. After all these tests are completed, the blade is certified and can be used in the field, not just on the prototype turbine.

“OEMs such as GE have invested hundreds of millions into developing beyond the cutting-edge products such as Haliade-X; wind farm owner operators invested tens if not hundreds of billions into their wind farm development – what they want is wind turbines that are highly reliable, efficient and cost-effective that could lead to LCoE reduction and improve their business competitiveness,” states Ng.

The bigger the blade, the harder they are to test and certify for safe use. The sheer size of the blade can make just getting them into the testing facility a challenge, but shrewd logistical manoeuvring allows the first hurdle to be overcome. Both learning from experience and working closely with OEMs are required to develop a testing and validation programme that can certify these mammoth-sized wind turbine components.

This article originally appeared in the 2019 Volume 2 edition of World World. The full issue can be viewed here.