During testing, GE Renewable Energy will carry out different types of measurements to obtain a type certificate for the Haliade-X in 2020 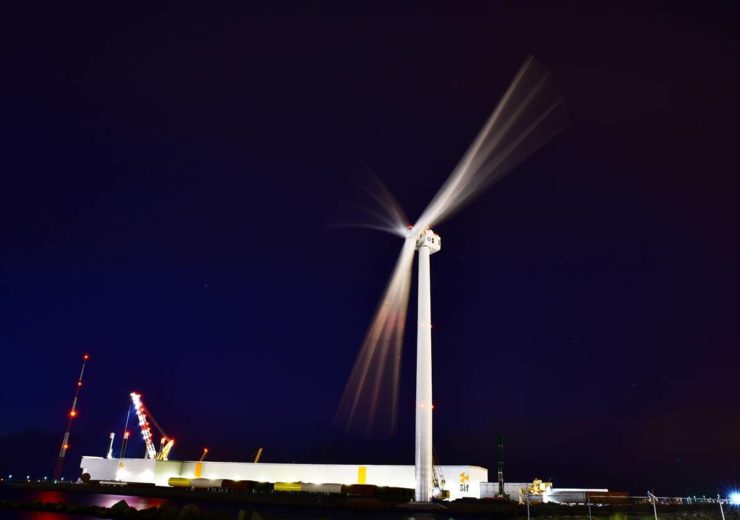 Located in Rotterdam-Maasvlakte, the turbine will now move into the testing phase.

During testing, the company will carry out different types of measurements to obtain a type certificate for the Haliade-X in 2020.

A single Haliade-X 12 MW turbine can produce up to 67GWh of gross energy production per year, providing enough clean electricity to power 16,000 European homes and offset nearly 42,000 metric tons of carbon dioxide, which is equal to the emissions generated by 9,000 vehicles in a year.

GE Renewable Energy offshore wind CEO John Lavelle said: “This first kWh is a critical achievement for our whole team, bringing to fruition our vision and all the hard work put in place.

“Innovation is part of GE’s DNA, and having successfully powered the world’s first 12MW wind turbine, this illustrates it perfectly.

“There are more than 500 GE women and men behind this great success, who have been working for a year and a half to make this possible, and I’m taking this opportunity to thank all our partners and suppliers for their commitment and support.”

GE Renewable Energy said that Haliade-X has been chosen as the preferred wind turbine for the 120MW Skipjack and 1100MW Ocean Wind projects in the US, in addition to the 3600MW Dogger Bank offshore wind farm in the UK.

Serial production of the Haliade-X 12MW will commence in the second half of 2021.

GE said that the project was completed due to the assistance and responsibility of many entities, including the City of Rotterdam, The Port of Rotterdam, Dutch research and development organisation TNO-ECN, TKI Wind op ZEE, Netherlands enterprise agency RVO, the French Investment Secretary and the French Agency for Environmental and Energy Management (ADEME).

Additionally, a second Haliade-X 12MW nacelle is presently being assembled in Saint-Nazaire and will shortly be shipped to ORE Catapult’s testing site in the UK, where it will undergo a programme that will replicate real-world operational conditions to reduce the time required to validate performance and reliability.