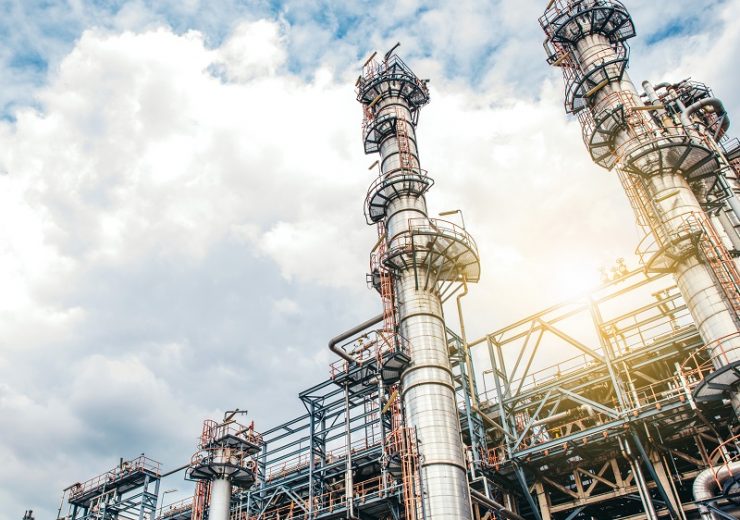 World leaders are stepping up their efforts to advance progress towards the Paris Agreement (Credit: Oaklizm/Shutterstock)

The oil and gas industry cannot afford to be complacent in its approach to the energy transition, and delayed action is “not a sustainable corporate strategy” in a scenario where decisive policy action is taken to address climate change.

New analysis from consultancy WoodMackenzie suggests the risks to the sector associated with strengthened climate policies and rapidly-changing technologies are too great to ignore, with the key fundamentals of supply, demand and pricing poised for a “profound change”.

For oil producers in particular, the prospect of a shrinking market as its products are phased out of the energy mix is one that needs to be taken seriously, with “severe challenges” ahead for both international and national oil companies.

“No oil company is prepared for the scale of change envisioned,” the group said of its assessment of how the market might evolve if policymakers take decisive action to cut emissions in line with the Paris Agreement.

“In the scenario, all companies face a decline, and the sector sees asset impairments and bankruptcy or restructuring on a scale far greater than that of 2020,” it added. “Our scenario would see the end of Big Oil and the rise of Big Energy.”

WoodMackenzie caveats that its analysis reflects “one interpretation” of how the energy system might change under stronger Paris-aligned policies, based on its “fundamental analysis across the natural resource sectors”.

Nevertheless, global momentum to introduce tougher climate goals is undoubtedly gathering pace, boosted by the US’ return to the Paris Agreement under President Biden, who has made climate change a priority issue of both domestic and foreign policy.

The White House will host a virtual summit of world leaders next week aimed at stimulating global action to reduce carbon emissions, at which it is reportedly set to announce an upgraded 50% emissions-reduction target for 2030.

China has already set in motion plans peak its emissions before 2030 and to achieve carbon-neutrality by 2060, while the European Union is targeting a 55% emissions reduction by 2030 on its path to net-zero by mid-century.

The COP26 climate summit, being held in the UK later this year, is hoped to further advance international commitments to advance the low-carbon energy transition.

“If the world acts decisively to limit global warming to 2C by 2050, the scale of change will revolutionise the energy industry,” WoodMackenzie said.

“Progressive electrification will squeeze the most polluting hydrocarbons out of the energy mix, nearly eliminating their markets. Oil demand will shrink, and with it, so will the power of major oil producers. Gas demand will remain resilient, but business models will need to evolve.”

Ann-Louise Hittle, WoodMackenzie’s vice president for macro oils, added: “The oil and gas industry cannot afford to be complacent – the risks associated with robust climate-change policy and rapidly-changing technology are too great.”

In its forecast, the energy researcher said oil demand could drop significantly over the coming years, and with it so too would oil prices enter long-term decline.

“The steep fall in demand prevents those key oil producers [namely Opec] from managing the market and supporting prices in the way it does today,” the group said. “Despite losing their price-setting ability, however, low-cost Middle East Opec producers remain core providers of oil.”

The influential oil-exporter group, led by Saudi Arabia, will hold a roughly 50% market share by mid-century, it added, but will exert less control over a downsized market.

Some of the majors, including BP, Shell and Total, have already begun making inroads into these new businesses, and WoodMackenzie suggests they could enjoy “a potential early-mover advantage” in the nascent hydrogen market, and become leaders in the development of CCS.

“The tantalising hope of a few more years of windfall cash flows may lead some IOCs and NOCs to defer action, but delay will not be a sustainable corporate strategy,” the consultancy warned.

Gas and LNG demand ‘resilient’, but business models will need to change

While oil is expected to enter structural decline in a scenario of strengthened global climate policy, demand for gas will remain resilient, with capital investments gradually shifting to natural gas and LNG supplies as the fuel begins trading at a premium to oil.

“In the global LNG market, resilient Asian gas demand leads to reliance on 290 million tonnes per annum of pre-final investment decision LNG supply, including higher-cost US LNG. As a result, LNG prices jump to $8-9 per million British thermal units (Btu) by 2040.

“It is not until after 2040, when global gas demand begins to ease, that Henry Hub and LNG prices start softening due to increased competition of supply.”

In the scenario, an estimated $330bn will be required to support the necessary growth in global LNG capacity, and a further $700bn to support dry gas development in North America.

Yet despite this resilience of gas markets, business models will need to change to maintain margins and attract capital in a world of stricter carbon policies.

“Gas and LNG sellers will need to focus on low-cost, low-carbon supply and Scope 1 and 2 carbon dioxide emission reductions as carbon prices increase,” said Di-Odoardo. “The management of Scope 3 carbon emissions through CCS will need to become a part of integrated gas and LNG sales strategies.”