The development in Ras Laffan, northeast Qatar, will raise the nation’s LNG production capacity from 77 million tonnes per annum (Mtpa) to 110 Mtpa by 2025 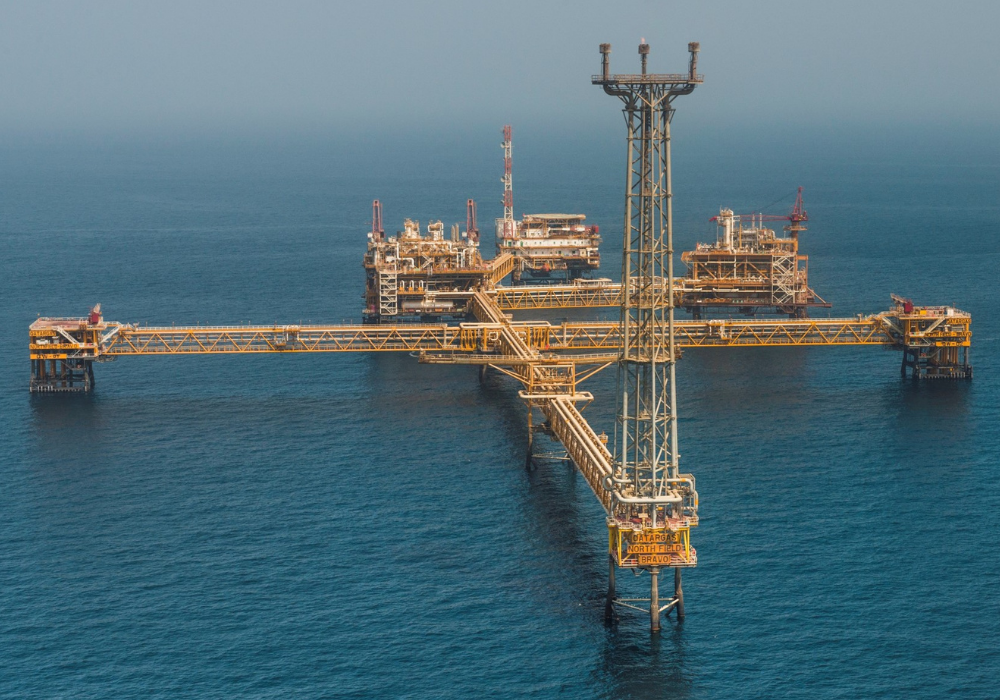 The state-owned petroleum firm announced on 8 February it had taken a final investment decision (FID) for the $28.75bn development in Ras Laffan, northeast Qatar, which will raise the nation’s LNG production capacity from 77 million tonnes per annum (Mtpa) to 110 Mtpa.

Alongside LNG, NFE will produce liquefied petroleum gas (LPG), condensate, ethane, sulphur and helium. It is expected to start production in the fourth quarter of 2025, with total output set to reach about 1.4 million barrels of oil equivalent per day.

On announcing the FID, Qatar Petroleum signed the project’s key onshore engineering, procurement and construction (EPC) contract, which permits the construction of four mega LNG trains with a capacity of 8 Mtpa each, with associated facilities for gas treatment, natural gas liquids recovery, as well as helium extraction and refining within Ras Laffan Industrial City.

Saad Sherida Al-Kaabi, Qatar’s minister of state for energy affairs, said: “This project will generate substantial revenues for the state of Qatar and will have significant benefits to all sectors of the Qatari economy during the construction phase and beyond.”

NFE is being developed as part of the first phase of the North Field expansion project. The expansion falls under the plans for hydrocarbon development within the Qatar National Vision 2030, which aims to provide “long-term maintenance of strategic reserves of oil and gas to meet the needs of national security and sustainable development”.

Based about 80km off the Qatar peninsula, North Field was first discovered in 1971 and brought on-stream in 1991.

The second phase of the expansion project – North Field South (NFS) – is set to increase Qatar’s LNG production capacity from 110 Mtpa to 126 Mtpa by 2027.

NFS involves the construction of two additional mega LNG trains – each with a capacity of 8 Mtpa – and associated offshore and onshore facilities.

What impact will the North Field East project have on Qatar and other countries?

Al-Kaabi noted that the signing of the EPC arrived at a “critical time” when the world is still reeling from the effects of the global pandemic – which has had a drastic impact on energy demand – and related depressed economies.

He said the investment decision is a “clear demonstration of the steadfast commitment” by Qatar to “supply the world with the clean energy it needs”, with a number of countries aiming to reduce emissions and their reliance on high-polluting sources such as coal.

Giles Farrer, research director at Wood Mackenzie, claims NFE is likely to be the biggest project sanctioned across the global upstream business this year.

“At a long-term breakeven price of just over $4 per million British thermal units, it’s right at the bottom of the global LNG cost curve, alongside Arctic Russian projects,” he added.

“Qatar is pursuing market share. This FID is likely to put pressure on other pre-FID LNG suppliers, who may find Qatar has secured a foothold in new markets.

“As long-term contracts to sell LNG from some of its existing projects expire and Qatar adds new capacity from NFE and Golden Pass in the US, Qatar is going increasingly long on volume.”

Wood Mackenzie estimates the country will have more than 75 Mtpa of uncontracted LNG volume to sell by 2027, which is about 70% of its LNG portfolio.

What environmental impact will the North Field East project have?

Al-Kaabi said the FID on NFE carries even more significance because it “encompasses a number of concrete environmental investments” in support of Qatar’s “strong commitment to achieve the highest environmental standards” and to provide a “credible solution in the low-carbon energy transition”.

One of the most notable environmental elements of the project is the carbon capture and storage (CCS) system that will be integrated with its wider CCS scheme in Ras Laffan, which – once fully operational – will be the largest of its kind in terms of capacity in the LNG industry.

In addition to the CCS facility, Qatar Petroleum confirmed NFE will also provide a number of other environmental initiatives.

A significant portion of the project’s electrical power needs will be sourced from Qatar’s national power grid, and Qatar Petroleum said it is in the process of procuring such power from the 800-megawatt (MW) solar power plant currently under construction in Al-Kharsaah.

The energy firm added that it will provide a further 800MW of solar power in the near future as part of its plans to have a solar portfolio of more than 4 gigawatts (GW) by 2030.

The project will deliver a “jetty boil-off gas” recovery system, which will help reduce greenhouse gas emissions by about 1 Mtpa of CO2 equivalent.

It will also conserve 10.7 million cubic meters of water per year by recovering 75% of the plant’s tertiary water, while nitrogen oxide (NOx) emissions will be reduced by 40% through the application of enhanced Dry Low NOx technology.

Farrer said: “Qatar’s decision to construct a CCS facility, as well as additional environmental investments, shows that LNG suppliers are increasingly putting focus on ways that they can mitigate their carbon emissions.

“This focus on low-cost supply and carbon emissions is proving attractive to buyers. Last year, QP Trading won a tender to supply Pavilion Energy with 1.8 Mtpa of LNG under a 10-year contract, with specific provisions for assessing and measuring the emissions associated with each LNG cargo delivered.”