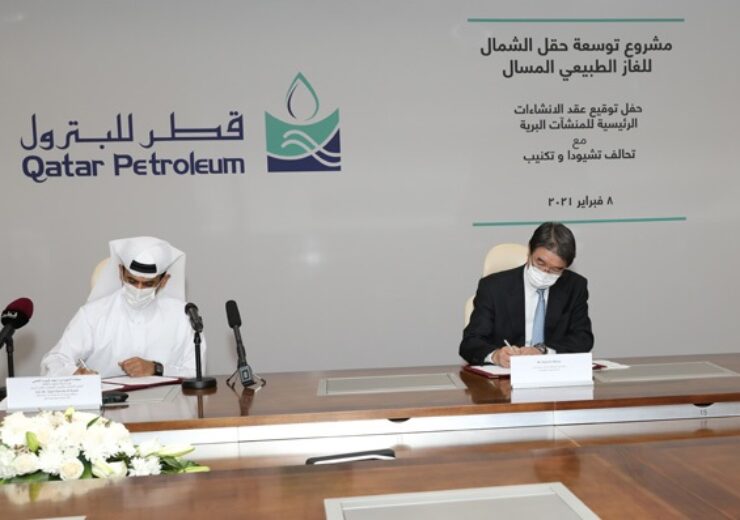 Qatar Petroleum has taken a final investment decision (FID) for the $28.75bn North Field East project, a liquefied natural gas (LNG) project in Qatar with a capacity of 33 million tonnes per annum (Mmtpa).

Expected to become the largest LNG project in the world, the facility will boost the LNG production capacity of Qatar from 77Mmtpa to 110Mmtpa.

The four-train LNG project to be built in Ras Laffan, northeast Qatar, is targeted to begin production in the fourth quarter of 2025. It will be fed with natural gas produced from the offshore North Field.

Qatargas, a subsidiary of Qatar Petroleum, will execute the project, which will be located within Ras Laffan Industrial City.

Qatar Petroleum has awarded the engineering, procurement, and construction contract of the North Field East to a joint venture of Chiyoda and Technip.

The primary scope of the contract is the construction of the four mega LNG trains with related facilities for gas treatment, natural gas liquids recovery, and also helium extraction and refining.

Each of the four trains will have a capacity of 8Mmtpa.

Qatar Minister of State for Energy Affairs and Qatar Petroleum president and CEO Saad Sherida Al-Kaabi said: “The total cost of the NFE project will be 28.75 billion dollars, making it one of the energy industry’s largest investments in the past few years, in addition to being the largest LNG capacity addition ever, and the most competitive LNG project in the world.

“This project will generate substantial revenues for the state of Qatar and will have significant benefits to all sectors of the Qatari economy during the construction phase and beyond.”

The second phase will be the execution of the North Field South project (NFS), which is estimated to further boost the LNG production capacity of the country from 110Mmtpa to 126Mmtpa.

The project will feature two new LNG trains with a capacity of 8Mmtpa each.