There are seven nuclear power reactors operating in Latin America - three in Argentina, two in Brazil and two in Mexico 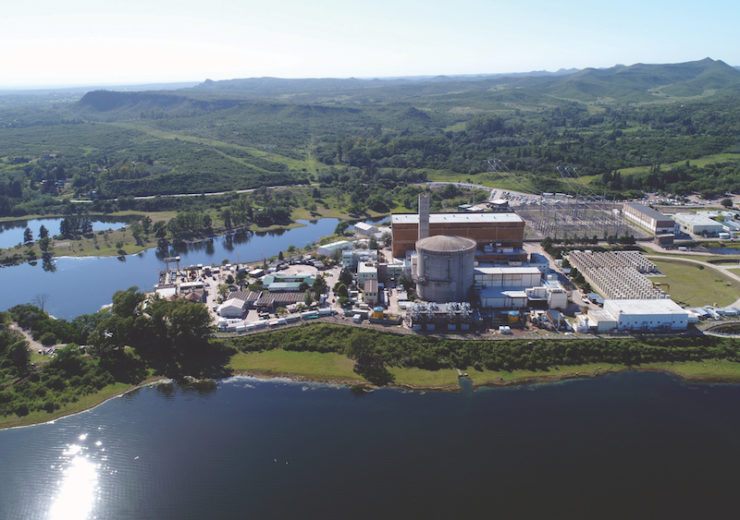 Nuclear energy first made its appearance in Latin America in the 1950s and 1960s, when Argentina, Mexico, and Brazil established governmental organisations to explore the development of nuclear power.

Today, there are seven reactors in Latin America – three in Argentina, two in Brazil and two in Mexico.

All three countries also have ambition to build new power reactors. Here, we take a closer look at each plant.

Argentina has three nuclear reactors in operation, generating about 5% of its electricity.

It currently operates using slightly enriched (0.9%) uranium fuel, which has reduced operating costs of the unit by some 40%. Atucha 1 is licensed to operate until 2024.

Atucha 2, a 745MW PHWR, ordered in 1979, was a Siemens design and a larger version of the first unit, with construction starting in 1981.

However, a lack of funds caused delays and work was suspended in 1994 when the plant was 81% complete. The project was resurrected in August 2006, with work completed in September 2011, and the unit entering commercial operation in 2016.

Argentina’s third unit is a 683MW PHWR at Embalse, located in the centre of the country. In 2019, Embalse resumed commercial operation after a three-year upgrade and refurbishment programme, which extended the reactor’s life for an additional 30 years.

Argentina is building a domestically-designed small modular reactor – CAREM 25 – initially scheduled for start-up in 2017 but now delayed until at least 2020.

Argentina is also in negotiations with the China National Nuclear Corporation (CNNC) and with Russia for the possible construction of a future nuclear power plant.

Brazil has two reactors in operation at the Angra nuclear power plant located between Sao Paulo and Rio de Janeiro. Together, the two reactors produce around 2.7% of Brazil’s electricity.

Completion of the Angra 3 reactor – a twin of Angra 2 that started construction in 1983, but was never finished – hinges on finding an international partner to invest in the completion of the reactor.

However, Eletronuclear has said plans to complete Angra 3 plant by partnering with either China’s National Nuclear Corporation (CNNC), France’s EDF or Russia’s Rosatom.

Beyond Angra 3, Brazil has plans to increase its nuclear capacity with two potential sites for future plants already identified in the north-eastern state of Pernambuco and south-eastern Minas Gerais state.

Brazil is seeking to resume production at its only uranium mine – Caetité – in a bid to renew the country’s nuclear power sector.

The plant is operated by state-owned Comision Federal de Electricidad (CFE), which has already prepared and submitted a licence renewal application to the National Commission for Nuclear Safety and Safeguards requesting a 30-year lifetime extension of the two units.

An International Atomic Energy Agency Safety Aspects of Long Term Operation review mission, completed earlier in 2019, identified good performance at the plant and made a series of recommendations to further enhance LTO safety. A follow-up mission is scheduled for 2021.

There is some government support for expanding nuclear power in Mexico to reduce reliance on natural gas, but recent low gas prices have overshadowed this.

South America is one of the leading hydropower producing regions, but some nations in Latin America are looking to introduce nuclear power.

Chile, which relies mainly on fossil fuels and hydropower for electricity production, has been considering a nuclear power programme since 2007.

Studies are underway and, according to the International Atomic Energy Agency the nuclear power option will be considered again in 2020 when the country’s energy policy is reviewed.

Rosatom also signed an agreement with Paraguay in 2016 to develop nuclear power infrastructure in the country.

The agreement covers the application of radioisotopes and radiation technology; nuclear and radiation safety and security; and development of public awareness programmes for nuclear technologies.

Construction of a nuclear science and technology centre with a research reactor is also expected in Paraguay.

Russia and Bolivia signed a nuclear cooperation agreement in October 2015 with a view to possibly building Russian nuclear power plant in the country.

Plans for a $300m Center for Nuclear Technology were announced, to be built in Al Alto, 4,000m above sea level.

The first phase of the centre, which will be equipped with a reactor and multi-purpose experimental gamma-installation, a cyclotron-radiopharmacological complex, engineering structures and various laboratories, was completed this summer.

At the time, Bolivian Energy Minister Rafael Alarcon said that Bolivia was ready to consider new nuclear projects in cooperation with Russia.

Rosatom and the Bolivian Ministry of Energy also intend to explore opportunities for joint work in the exploration and development of lithium deposits and mining and production in Bolivia.

Although Venezuela operated a small (3MW) research reactor between 1960 and 1994, the country does not have any civil nuclear power plants.

Venezuela signed a civil nuclear cooperation agreement with Russia in November 2008 and further nuclear agreements in April and October 2010.

However, plans for nuclear power plant construction were shelved in 2011 following the accident at Fukushima Daiichi in Japan.

Nuclear power in Latin America is currently dominated by Argentina, Brazil and Mexico.

But there are other nations, including Chile, Bolivia, Venezuela and Paraguay, considering civil nuclear construction these plans are at an early stage.