How New York State is embracing the offshore wind revolution

Despite concerns among the local fishing community and even the US Navy, the New York offshore wind industry is aiming to emulate its European counterparts 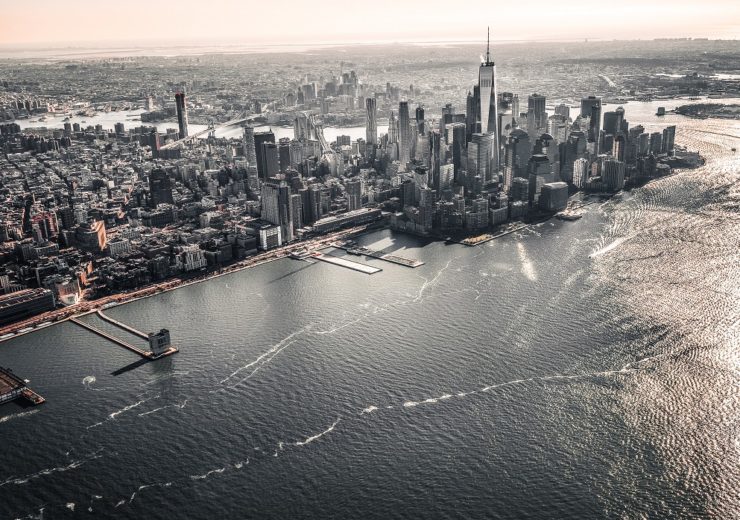 The US offshore market has taken a while to get up to speed with Europe. A year on from our first investigation into New York State’s clean energy ambitions, World Wind Technology writer Andrea Valentino talks to figures across the argument to learn how offshore wind could transform the energy mix – and who might lose out in the process.

Europeans settled at New Bedford a century before the revolution, establishing a fishing community among the crooked teeth of inlets and rivers south of Boston. But its richest days were far ahead. As veteran Portuguese fishermen arrived in the 1870s, the Massachusetts town became the grandest fishing port in the US, a crown it has kept ever since. In 2017, $389m worth of seafood crossed the New Bedford docks, mostly due to the rich scallop stocks near Long Island.

This bounty is mostly thanks to geography. Sweeping from west to east for 118 miles, Long Island cuts the gentle trajectory of the Atlantic coastline almost at a right angle and stretches all the way from suburban Queens to the Hamptons.

The island, combined with the gently sloping continental shelf, protects the water behind like an outstretched palm. Known as the New York Bight, the region is perfect for scallops, which generally prefer shallower waters.

In recent times, though, another industry has been drawn to the Bight: offshore wind.

Like successful farms off the Baltic and North Sea, after all, the area combines strong winds and shallow waters, meaning turbines can be anchored into the seabed and not balanced on floats.

Even better, the Bight is well placed to fuel the US’s biggest city. Similar to farms off Stockholm or Copenhagen, which serve large urban centres, the Bight is “close to load centres in New York City and Long Island”, explains Doreen Harris, vice-president of large-scale renewables at the New York State Energy Research and Development Authority (NYSERDA).

New York gobbles up a bewildering amount of energy. The eastern states down to Virginia have a demand of more than 20 gigawatts (GW) of electricity – nearly half of that comes just from the five boroughs.

It is no wonder government officials have been looking out to sea for alternatives to coal and gas, and pivoting towards a hugely ambitious plan for offshore wind farms.

But locals are concerned. Despite the huge potential of offshore sites, they risk wrecking the fishing industry that has sustained the region for centuries before turbines, before New York, even existed.

Offshore wind is quite a new idea on the western shores of the Atlantic. For decades, high investment costs kept the US unconvinced by the idea, especially when fossil fuels were so cheap. What progress that did come, however, tended to be onshore, where local people were less likely to complain.

This was not just a theoretical problem. In 2017, for example, a wind farm off Cape Cod was scrapped after rich residents (including the Kennedys) worried about the spoilt views. There are currently only five commercial wind turbines off US waters, all bunched up near Rhode Island.

Now that climate change is becoming a globally-recognised emergency, and technical advances have made turbines cheaper, Harris thinks the ‘stops and starts’ of past decades might finally be over.

Karin Ohlenforst, the director of market intelligence at the Global Wind Energy Council (GWEC), agrees. “There was a lot of focus on the onshore market before shifting to the offshore market,” she says.

In July 2019, New York signed a mammoth deal to transform the state energy supply. The plan centres on a pair of projects.

The first is called ‘Empire Wind’ and will cover 79,350 acres of the New York Bight, squeezed between the shipping lanes that link the city and the open sea. The second has been dubbed ‘Sunrise Wind’ and will sit off the northern tip of Long Island.

Both schemes have significant European involvement: Equinor, a Norwegian energy company, won the Empire bid, while Sunrise was partly snapped up by wind specialist Orsted, headquartered in Denmark.

For New York Governor Andrew Cuomo, speaking to reporters in July 2019, all this is proof that his state is “leading the way” in offshore wind development. He claims the new farms will be able to power a million homes, and hopes that offshore turbines can pump out 9,000 megawatts (MW) of electricity by 2035. “We have the most aggressive clean energy policies in the nation,” Harris says.

The fishing community of New Bedford is not opposed to offshore wind – far from it. “We represent the intersection of the two industries on the east coast,” explains Jon Mitchell, the local mayor.

The mayor has passionately supported a wind farm near Martha’s Vineyard, and New Bedford is investing $200m to prepare the harbour for offshore technology.

But as New York begins its own offshore adventure, old arguments about where turbines should actually go are resurfacing. Unlike in past disputes, though, the fight is over more than just aesthetics. Mitchell thinks that Empire Wind would ruin New Bedford fishermen, as the turbines might block trawlers from their precious scallops, which 80% of their income depends on.

“I think the Empire Wind project is in the wrong place,” he argues.

He is not alone. Drew Minkiewicz is a lawyer representing several clients trying to stop Empire Wind. As Minkiewicz explains, the problems of Empire Wind go far beyond the turbines themselves.

A particular problem, he says, are the blue mussels that often grow on new pylons and gobble up scallop larvae at ferocious speeds.

More to the point, critics argue, Empire Wind was approved without enough discussion. Unlike the Martha’s Vineyard proposal, which was moved after objections from fishermen, they claim Empire Wind was a stitch-up between developers and officials. “The only thing they asked,” Minkiewicz says, “was ‘who wants to build here,’ not ‘should it be here?’”

Mitchell even implies that New York didn’t bother asking fishermen for their opinion, precisely because Empire Wind only really affected Massachusetts trawlers. Less than 5% of the fishing at the Empire Wind site, he notes, is done by New Yorkers.

Harris at NYSERDA, which ran the solicitations for the projects, is quick to reject these suggestions.

She points to a technical working group, established in 2018, that includes commercial fishing representatives, as well as efforts to build turbines sensitively. That means placing the turbines in a grid, or spreading them out, so trawlers and their nets can slip between.

Up in Massachusetts, however, Mayor Mitchell remains unimpressed. He points out that fishing nets are typically cast out a quarter of a mile from the side of a boat, leaving very little room for manoeuvre. Experienced captains might be able to slink through the forest of pylons, but only under perfect weather conditions. “Those conditions,” he adds wryly, “don’t always exist.”

Listen to these battles for long and you can easily imagine an endless duel of briefs and writs, even as the turbines sit idle in their warehouses. Yet it seems like New York is going to get its offshore farms in the end.

Despite furious litigation, Empire Wind is still happening, and Minkiewicz and his colleagues seem pessimistic. David Frulla, working on the case with Minkiewicz, was especially blunt when asked if Empire Wind could be stopped: “No.”

Yet more broadly, Mitchell suggests projects will run into problems for as long as developers ignore the doubts of local fishermen. At the same time, the mayor wonders if offshore enthusiasm might eventually clatter up against other seafarers.

He notes that the US Navy conducts training exercises in the New York Bight, and is famously jealous of its rights. “That represents another potential conflict.”

Nor are the admirals exactly shy about making their position clear. Last year, for instance, the navy warned against a major new wind project off the coast of California, citing “the requirements of Navy and Marine Corps missions conducted in the air, on the surface, and below the surface of these waters”.

Other observers are more upbeat. Though she admits to “challenges along the way”, Ohlenforst expects the east coast wind market to reach a minimum of 10GW to 12GW of offshore power by 2030.

Harris agrees, suggesting that the political will is there to tug the US offshore industry to European levels over the next few decades. Considering where the country started the century, that would be quite an achievement. Even so, it remains unclear if New York can become the next Norway without chasing one of the oldest industries in the region out the water.