Europe dominated the offshore wind market in 2018 with a total operating capacity of 18.8GW. Asia is the only other significant contributor to the world’s offshore wind energy production, with a capacity of 4.8GW 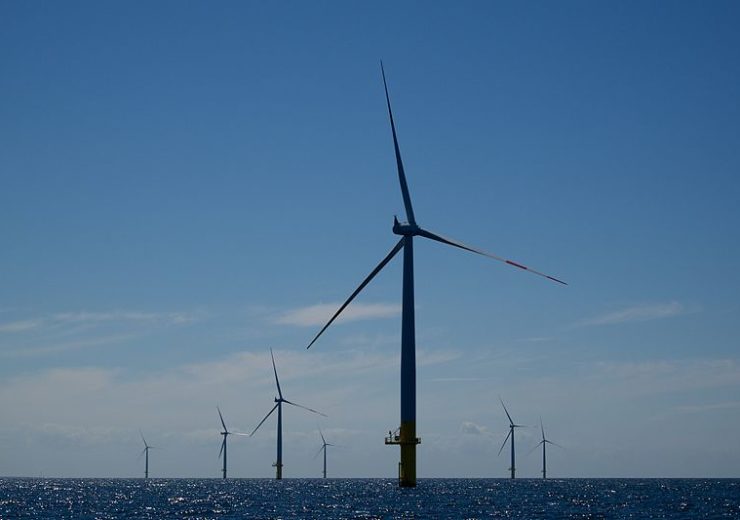 By the end of 2018, the overall operating offshore wind power capacity in the world stood at 23.7 gigawatts (GW), according to a report released by the International Renewable Energy Agency (IRENA).

Europe’s offshore wind capacity comes from 4,543 wind turbines built across 11 countries. The region saw the commissioning of 409 new offshore turbines over 18 projects, adding 2.65GW of net capacity in 2018, according to WindEurope. This marked an increase of 18% in new offshore generation compared with the previous year.

A total of €10.3bn investment was secured by the European offshore wind industry in 2018, as 12 new offshore wind projects with a combined capacity of 4.2GW reached final investment decision (FID).

The UK had 1,931 offshore wind turbines in full operation on its seabed at the end of 2018, according to the offshore wind operational report published by The Crown Estate. Overall, the country increased its total count of operational wind farms to 38 last year, producing a total of 26.6TWh in 2018 to meet the power consumption needs of 6.9 million homes.

Offshore wind, which made up 7.7% of the UK’s total estimated power generation in 2018, could offset the country’s CO2 emissions by 12 million tonnes.

The year also saw the full commissioning of the 657 megawatts (MW) Walney 3 Extension in the Irish Sea, making it the largest operational offshore wind farm in the world at the time.

Germany, with an operating offshore wind capacity of 6.4GW in 2018, stands at the second spot on the list. The country also ranks second in the top offshore wind producers in the world.

The other two offshore wind farms that were commissioned in German waters in 2018 were the 385MW Arkona Wind Park and the 350MW Wikinger offshore wind project, which were built in the Baltic Sea.

Denmark is the third-largest offshore wind power producing country in Europe. Its total offshore capacity reached 1.3GW in 2018, an increase from 1.29GW in the previous year.

Some of the offshore wind projects that contribute to the production of renewable power in the country include the 407MW Horns Rev 3 located in the eastern North Sea, and the 400MW Anholt Offshore Wind.

The €1.3bn ($1.47bn) project is scheduled for commissioning in 2021. It will have capacity to generate clean electricity required to power 600,000 homes over its estimated lifespan of 25 years.

With an installed capacity of 1.17GW, Belgium has the fourth-biggest offshore wind power generation capacity in Europe.

The SeaMade project, which will integrate two wind sites known as Mermaid and Seastar, is the single largest windfarm being funded and built in Belgium. Estimated to cost €1.3bn ($1.4bn), the project is scheduled for commissioning in 2020.

The Netherlands is the fifth-biggest producer of offshore wind energy, with an installed capacity of 957MW in 2018.

The 600MW Gemini offshore wind farm located in the Dutch waters of the North Sea is one of the biggest operational renewable projects in the country.

Some of the other projects operational in the country include 129MW Eneco Luchterduinen located 23km off the coast between Zandvoort and Noordwijk cities, and 120MW Princess Amalia wind farm located on the Dutch Continental Shelf at block Q7.

Developed by a 50/50 joint venture between the Dutch energy company Eneco and Japan’s Mitsubishi, the Eneco Luchterduinen wind farm has turbines capable of generating clean electricity for nearly 150,000 houses.

Commissioned in June 2008, the Princess Amalia project is one of the world’s deepest offshore wind farm, constructed at a depth of 19-24m. It was developed by Econcern.