Germany heads the European nations when it comes to individual wind power production, but the Continent as a whole remains one of the most prevalent generators on a global stage. 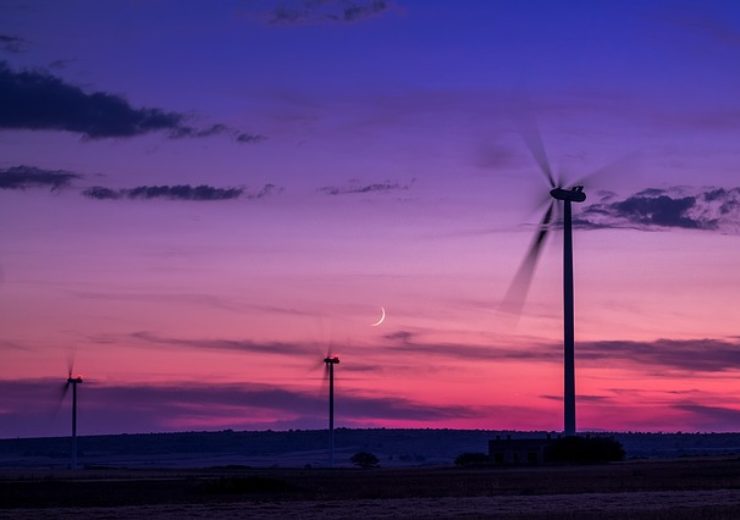 With 189 gigawatt (GW) of installed wind power capacity in 2018, Europe currently provides five of the top 10 wind power producing countries in the world.

Of the total installed wind capacity in Europe, 170GW comes from onshore facilities and 19GW from offshore.

Germany is the leading wind energy producer in Europe with a total capacity of 59.3GW in operation as per a report published by Wind Europe in February 2019.

Spain is the second largest wind producer in Europe with an installed capacity of 23.5GW as of the end of 2018, with almost 100% of that coming from onshore wind farms.

However, Spain added only 397MW in new wind capacity in 2018, which predominantly came from onshore wind farms. A total of 162 wind turbines were installed in Spain in 2018, ranking it the seventh for the parameter in that particular year. Wind power makes up 19% of the total power generation in Spain.

One of the largest wind farms in the country is the 198MW El Marquesado Wind Farm in Granada developed by Viesgo.

Earlier this year, Iberdrola, a Spanish energy company, alongside Caja Rural de Navarra, launched the 111MW Cavar Complex project in the country. To be built in the Cadreita and Valtieera municipal areas, the Cavar Complex project will comprise four wind farms, which will generate enough power to supply 46,500 households annually.

Iberdrola has an installed wind capacity of 5.77GW in Spain, all coming from onshore wind farms.

ACCIONA is another major wind producer in Spain with 4.73GW capacity from 168 wind farms owned by it, which put together have more than 4,500 wind turbines. The company had also installed 38 wind farms for third-part customers with a total of 1.354GW of wind capacity.

Wind power met 18% of the average electricity demand in the UK in 2018, which is a significant jump from 13.5% registered in the prior year. A total of 263 wind turbines were installed across the UK in 2018 with a combined capacity of 1.9GW.

Offshore wind dominated the UK wind industry in 2018, with the addition of 1.31GW of new capacity, while new onshore wind added 589MW capacity in the year.

The Walney 3 Extension in the Irish Sea with a capacity of 657MW came online in October 2018 to become the world’s largest operational offshore wind farm at that time. The offshore wind farm, which has been developed by Ørsted, can power more than 590,000 homes.

There was a significant drop in new onshore wind farms in the UK in 2018, at 16%, compared to the year before.

France stands at the fourth spot in the list of the top wind energy producers in Europe with an installed capacity of nearly 15.3GW. The country’s share of installations in Europe stood at 13% in 2018. France generates all of its wind energy from onshore facilities. It aims to double its onshore wind power capacity from 2015 levels by 2023.

In July 2019, the European Commission (EC) approved the support to six offshore wind farms in France, stating that the wind farms are in line with EU State aid rules. Located off the north-western coast of France, the six wind farms include the Courselles-sur-Mer, Fécamp, Saint-Nazaire, Iles d’Yeu / Noirmoutier, Dieppe / Le Tréport and Saint-Brieuc. France will support the offshore wind farms with 20-year feed-in tariffs.

Italy is the fifth largest producer wind energy in Europe, with an installed capacity of 10GW in 2018. Similar to France, Italy also generates all of its wind power from onshore facilities. A significant number of wind farms are located in the southern regions in the country due to the availability of wind resource. Basilicata, Campania, Pulia, and Sicilia are the major wind energy producing regions in Italy.

In December 2017, The Strategia Energetica Nazionale (SEN) outlined a target to increase renewable energy’s share to 28% of the country’s total energy consumption in 2030, compared with 17.5% in 2015. To achieve the new objective of 55% renewable energy production by 2030, the SEN had set a target of 40TWh of wind energy production, which is twice that of 15TWh in 2015.

In 2016, Italy ventured into offshore wind energy, with the announcement of a 30MW offshore wind farm to be developed in the port of Taranto, in south-eastern Italy. The Beleolico project, which will be the nation’s first offshore wind development, was announced in an auction that was concluded at the end of 2016. In March 2019, German wind turbine-maker Senvion had secured a contract for the supply of turbines for the first Italian offshore wind farm to be built off of the Mediterranean Sea coast.