Could rainwater be the key to achieving low-carbon domestic heating?

An academic suggests the UK's gas distribution network could be modified to supply water to household heat pumps, which could in turn provide clean energy to millions of homes 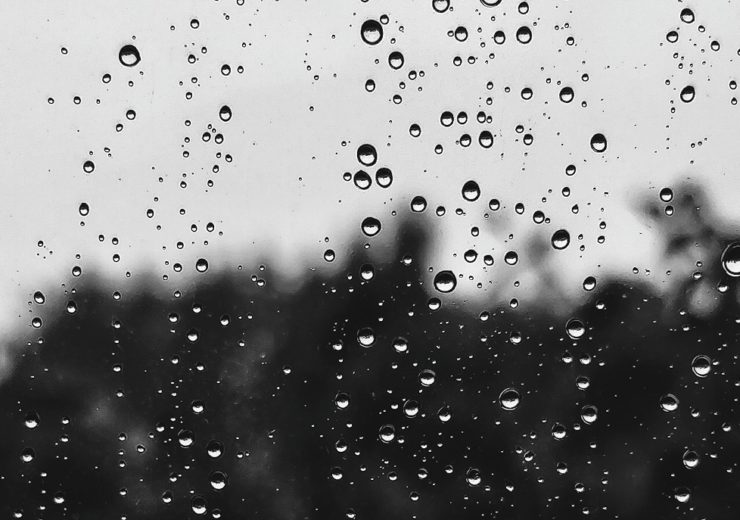 Household heating is one of the biggest challenges facing the energy industry as it seeks to transition to a low-carbon future – and a scientist has suggested a novel approach involving rainwater that could help the UK reduce its reliance on gas-fired systems.

Seamus Garvey, professor of dynamics at the University of Nottingham, has suggested the UK’s abundant rainfall could be put to good use in tackling high heating system emissions by deploying specially-designed heat pumps and re-configuring existing gas networks.

The vast majority of the 25 million homes in the UK use a gas supply for their central heating and cooking needs – accounting for about 720 terawatt-hours (TWh) of energy consumption in the country annually, producing around 60 million tonnes of carbon dioxide (CO2).

This high-carbon footprint of the domestic heating network has led lawmakers in Westminster to legislate that no new properties will be fitted with gas-fired boilers from 2025 onwards – although this does not address the issue of older buildings already kitted out with equipment for gas conversion.

A variety of strategies have been put forward to help the UK transition to a low-carbon heating network, including the use of hydrogen fuel or electricity from renewable sources – although both options would require significant investment in complex infrastructure upgrades.

Writing in academic publication The Conversation, Prof Garvey said: “Heat pumps can typically achieve an ‘efficiency’ of 400%. For every one kilowatt-hour (kWh) of electricity used, you can get 4kWh of useful heat into your house. The other 3kWh of heat has to be drawn from somewhere.

“Heat pumps use electricity to extract the input heat from a nearby river or stream, from the ground or from the air itself. This is known as the ‘cold source’.

“The process of extracting heat works similarly to how refrigerators remove heat from the food that’s put into them.

“Few properties have convenient access to flowing water outside and ground-sourced heat pumps need water to be circulated through a closed loop well below the ground surface.

“The loop can be installed vertically in a borehole or spread horizontally beneath a garden, but retrofitting these on homes is difficult.”

Gas distribution network could be reconfigured to carry water to homes

Access to sufficient quantities of water would be a key stumbling block, then, to this system of household heating, but Prof Garvey suggests modifications to existing gas distribution networks could solve the issue of getting enough water to homes.

He said: “There is another alternative. Rather than delivering natural gas to homes, the gas network would deliver water from which domestic heat pumps could extract heat.

“Water is, after all, never scarce in the UK at the coldest times of year. A house could take in water, extract heat from the water so that it forms ice slurry and dump the slurry down the drain where it would melt again.

“On the coldest days in winter, the average UK home uses up about 160 kilowatt-hours (kWh) of heating energy each day – equivalent to having two big electric kettles turned on continuously.

“By slightly modifying existing heat pumps, you could extract 120 kWh of heat in a day from cold water by making about one 1.35 tonnes (1,350 kg) of ice slurry. A further 40kWh of electricity put into the special heat pump would make up the required total of 160 kWh of heat.

“As housing insulation standards improve, this number will reduce.

“Instead of using drinking water, water drawn from rivers and collected rainwater runoff could be distributed through the existing gas network to houses.

“That water would be stored in tanks at convenient points in the network, and could also replace the drinking water that’s currently used to flush toilets.

“Some of the water turned into ice slurry could be the ‘grey water’ from the house itself – the outflows from showers, baths, dishwashers and washing machines.”

Retrofitting the UK’s household gas distribution system to transport water would be a significant undertaking, although the Prof Garvey believes it could prove easier than might initially be expected.

“The flow rates needed for this to work aren’t high,” he says. “Making even two tonnes of ice slurry per day requires a steady flow of less than 25ml each second.

“It would take 30 seconds to fill a wine bottle at that rate.

“The pipes used for gas supply are at least 22mm wide. In these, the average water velocity for a flow of 25ml per second would be less than 75mm per second – about one-twentieth of a normal walking pace.

“The drainage system should have little trouble accommodating this either.

“The extra water burden of a renovated gas network is still much smaller than what might fall as rain on a typical day.

“If rain is falling, the air temperatures cannot be much below zero degrees Celsius and rainwater from the house roof could itself provide much or all of the cold source.

“Perhaps the gas network that has served Britain so well for decades has a surprising future. It would be quite a turnaround to no longer heat our homes with the help of an expensive and finite fossil fuel, but with rainwater – something we’ll never run out of during the winter in the UK.”