Transparency in Guyana oil sales is a necessary next step, says EITI

With Guyana poised for a huge economic transformation from oil revenues, transparency advocates have called for the disclosure of sales contracts to ensure the effective oversight of wealth management 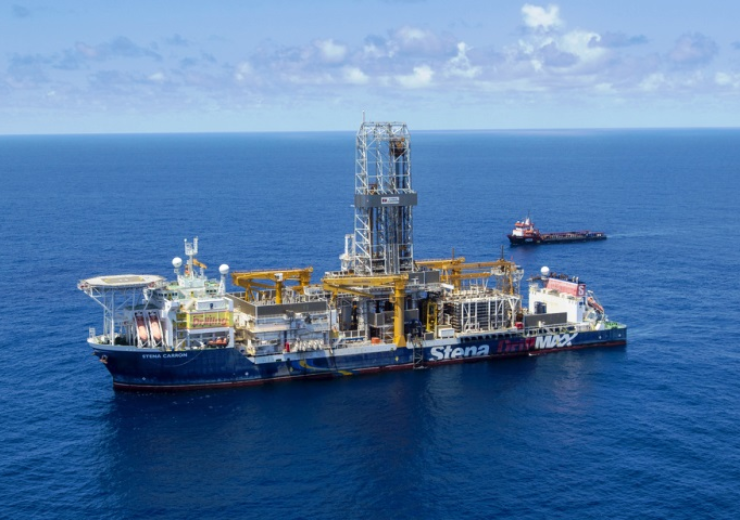 A surprise offshore discovery in 2015 brought Guyana to the world's attention (Credit: Hess)

As the first barrels from its new-found oil wealth begin to roll in, Guyana has an opportunity to boost transparency efforts by disclosing details of its sales agreements, according to the Extractive Industries Transparency Initiative (EITI).

Oil income and how to spend it has become a key political issue in the country’s stalled general election process this year, while the spectacular drop in crude prices since March has added a further twist to the intrigue of the nation’s transformation into a major crude exporter.

Guyana was catapulted into the global oil spotlight after a huge offshore discovery in 2015, but the terms of its contract agreement with ExxonMobil to develop the asset – estimated to hold around eight billion barrels of oil – have come under scrutiny, with critics arguing the cash-strapped South American country did not receive a fair cut of the deal.

The EITI, which works with governments to improve accountability in natural-resource development, and has counted Guyana as a member since 2017, has now called on the country to ensure the details of sales agreements relating to these oil resources are made public.

Doing so would ensure both companies and the government are held accountable “as they execute important transactions that significantly impact public revenues”, it says.

“Once the [Guyanese] government receives its share of the country’s crude, it will look to sell this oil to traders via oil sales agreements,” it explains in a blog update.

“Data on these agreements is highly relevant for enabling oversight – including, for example, the identity of the buyer, committed annual and monthly oil volumes to be bought and sold, the price to be paid and mechanisms for price adjustment.

“Oil prices can have a significant impact on oil-dependent economies, and open data is crucial to monitor revenues and how they are spent. In times like these, when sharp declines in oil prices upend entire economies, the need for transparency is as salient as ever.”

Guyana was praised for the steps it has already taken to promote transparency in the governance of an asset that is poised to transform its economy, including the establishment of a natural resource fund and the contract disclosure for the Stabroek block – the region in which Exxon, as part of a consortium with Hess and China National Offshore Oil Corporation, is developing a number of drilling projects including the advanced Liza oilfield.

The EITI says the move “demonstrates that contract transparency is an emerging norm”, welcoming a commitment from Guyana’s Department of Energy that data on oil production and trade arrangements can be expected in due course.

The small, jungled nation of less than 800,000 people, located at the north-eastern tip of South America, is poised for a huge economic overhaul from the development of what ExxonMobil has described as “one of the largest oil discoveries of the past decade”.

First production at the Liza oilfield began in December 2019, with pre-crisis financial estimates suggesting national revenues of around $30bn could be generated during the next decade as the burgeoning industry scales up.

While the impact of the coronavirus-triggered market crash will have surely lowered this forecast, the financial boost it will deliver to a country whose GDP stood at just $3.9bn in 2018 will nevertheless be game-changing.

Questions over how a government previously unequipped to handle such an influx of cash and commercial interest will manage this transformation have been raised, however, with new regulatory and fiscal frameworks considered a necessary immediate addition to manage its new status as a serious oil exporter.

The EITI notes that an agreement was made in January for Guyana to sell some of its early share of production to Shell, but that the value of the sale remains unknown because the contract was not publicly disclosed.

“Large oil traders remain interested in Guyana despite the price plunge,” it adds. “They are still submitting expressions of interest to be considered as marketing agents for the government’s share of the country’s crude.

“Publication of the sales agreement would be a step towards addressing several concerns raised by Guyanese [people] in analysing the terms and conditions of petroleum contracts and oil sales agreements.”

National elections were held in March this year, but were mired in counting controversy, with a clear winner yet to be announced between the two dominant rivals – the APNU-AFC coalition led by incumbent president David Granger, and the People’s Progressive Party, led by Irfaan Ali.

Plans for a recount are on the cards for an election in which the management of Guyana’s new oil wealth is a crucial issue for voters.

“Fiscal terms are a key piece in the puzzle for citizens to understand how much they are getting from the exploitation of their natural resources, and to monitor the compliance with the terms, obligations and payments arising from extractives projects in their countries,” says the transparency watchdog.

“In Guyana, the terms of oil contracts are a very important part of public debate. Ensuring that the country’s revenues are managed responsibly and sustainably should remain high on the political agenda.

“The country’s economic prosperity and the livelihood of its present and future citizens depend on it.”