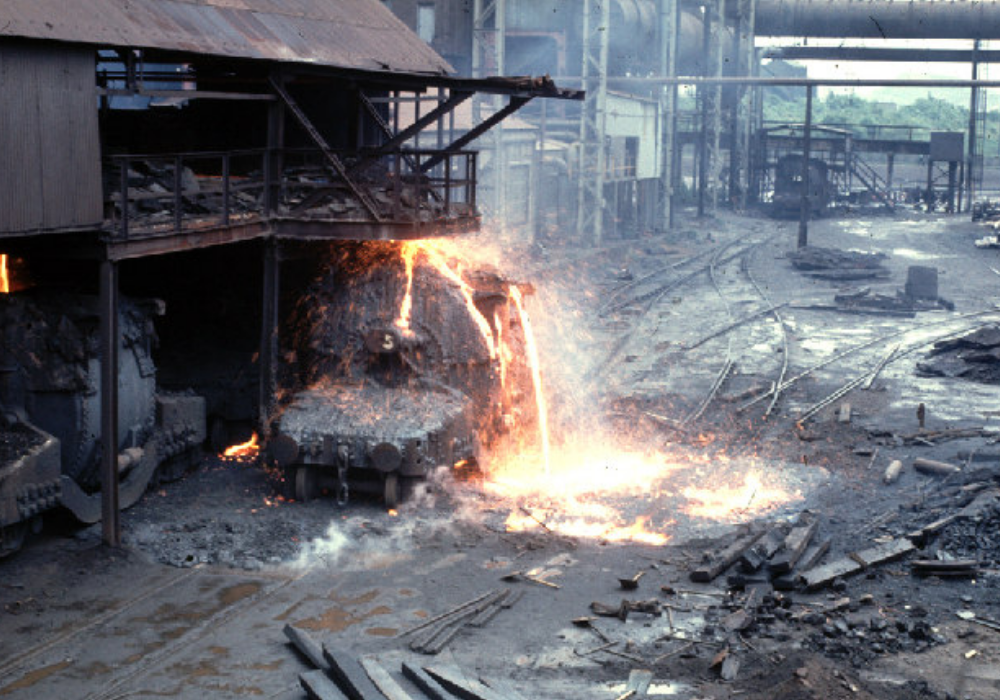 Steel has been labelled as one of the “hard-to-abate” industries and is currently responsible for about 7% of the CO2 emissions produced in the energy sector (Credit: geograph.org.uk/Frank Alfred Wright)

The analysis by energy research group Global Energy Monitor (GEM) shows that despite company and country commitments being made to decarbonise the steel industry, continuing to rely heavily on coal is also risking billions in stranded assets.

Steel has been labelled as one of the “hard-to-abate” industries and, while it accounts for roughly 8% of global final energy demand, it is also currently responsible for about 7% of the CO2 emissions produced in the energy sector.

To meet the goals of the Paris Agreement, which aims to cap the rise in global temperatures by 2100 at “well below” 2C with 1.5C being the ideal scenario, those emissions need to reach net zero by between 2050 and 2070.

But GEM’s report, titled Pedal to the metal: No time to delay steel sector decarbonization, claims that current operating capacity and projected growth in the industry show no clear signals that the global steel sector will significantly reduce emissions under its present development plans.

“Climate pathways make it clear that we need to transition the current steel fleet from coal-intensive steelmaking to electrified steelmaking,” said Caitlin Swalec, researcher and analyst at GEM and lead author of the report. “The steel industry needs to put the pedal to the metal in terms of decarbonisation.”

GEM’s report is based on the first comprehensive survey of all crude steel plants on the globe with a capacity of at least one million tonnes per annum.

According to the survey, more than 60% of global steelmaking capacity uses the blast furnace-basic oxygen furnace (BF-BOF) pathway, the most carbon-intensive method of producing steel with limited, difficult, and high-cost decarbonisation options.

More than three-quarters of global steel capacity under development is also set to use the coal-intensive BF-BOF pathway, rather than cleaner steel technologies such as electrified steelmaking.

These new carbon-intensive BF-BOF steel plants are being proposed and built despite steelmaking capacity being 25% above production levels in 2019.

Due to the excess capacity, and promising advancements in low-emissions steelmaking technologies, new BF-BOF plants risk up to $70bn in stranded asset risk for steel producers, according to GEM.

The analysis claims the steel industry is now at a “risky tipping point” and warns that if countries and companies don’t begin moving away from BF-BOF production, the world will be on a trajectory that makes international climate targets “nearly impossible”.

Therefore, GEM believes greater efforts and investments need to be made to ensure cleaner, green steel technologies advance to widespread commercial use over the next few decades.

Over the next one to two decades, new low-emissions steelmaking technologies are projected to reach commercial scale, if pilot and demonstration projects prove successful.

At the same time, the report highlights that the majority of steel plants will face reinvestment cycles, creating difficult decisions about whether coal-based furnaces should be prolonged, retrofitted, or replaced with lower-emissions technology.

It added that these decisions must be carefully managed depending on how innovative technologies have advanced to avoid locking in emissions that “exceed international climate goals”.

The report found that with global steelmaking capacity about 25% higher than production, many older and polluting steel plants can be closed without disrupting global supply.