The success of carbon capture pilot projects in Europe would be 'game-changing' for an industry that has struggled to get off the ground, according to a new analysis 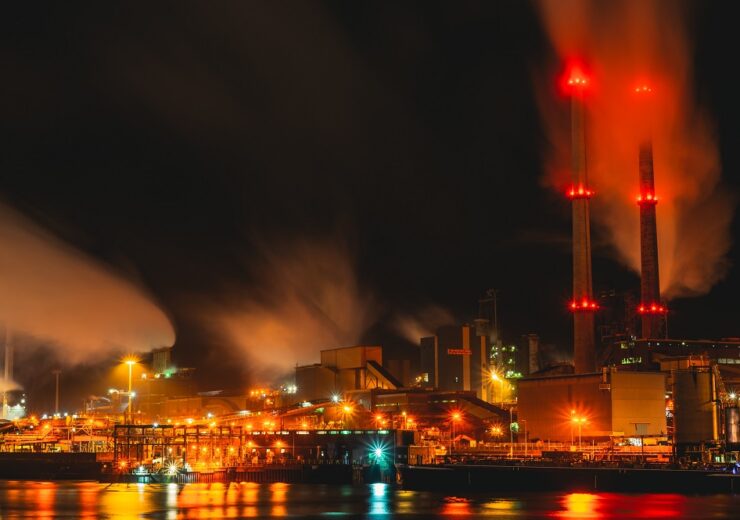 Large-scale carbon capture and storage (CCS) deployment in Europe is poised to accelerate, potentially triggering $35bn in development expenditure over the next 15 years.

Around 10 large-scale CCS ventures currently planned across the region have a “high chance” of being operational by 2035, according to research group Rystad Energy – most of which are based around the North Sea in Norway, the UK, Denmark and Netherlands.

Bringing them to reality could serve to capture and store up to 75 million tonnes of carbon dioxide annually by the middle of the next decade.

Three key projects – Acorn CCS, Northern Lights and Porthos – are now at an advanced stage of development, and their success would be “game-changing” for a technology that has struggled to get off the ground, largely due to high associated costs and an uncertain policy environment dampening investor appetite.

Seen by many as the best solution to eliminating carbon emissions from hard-to-abate industrial sectors like cement and steel-making, CCS also has its fair share of detractors due to its expense of deployment and association with fossil fuels.

Despite plenty of interest in recent decades, the technology – which captures carbon emissions at source before processing and transporting them to underground storage locations – has yet to develop sufficiently to de-risk the industry for investors and lower overall costs through economies of scale.

The International Energy Agency has said global deployment of CCS is “woefully below” the level needed to capture 450 million tonnes of CO2 annually by 2030 – the target it believes necessary to stay within the limits of the Paris Agreement.

Now, however, Rystad’s analysis suggests Europe “has reached a stage where big-scale developments make financial sense”, with many industrial-scale projects expected to be online by the middle of this decade.

The UK, in particular, has shown significant interest in making CCS central to its industrial decarbonisation strategy, but so far the required policy support from government has been slow to materialise.

Rystad’s analysis noted: “Investments and contracts awarded to suppliers will already start to grow significantly from 2021–2023, as most projects have a development timeline of three to five years. Total capital investment for these projects is expected to reach $30bn, in addition to operational expenditure totalling $5bn until 2035.

“About half of the capital expenditure will be consumed by the facilities at the source, with CO2-capture equipment and facility construction making up the largest part. Storage investments will make up 15%, and will mainly comprise well-related services to store the CO2 safely in underground reservoirs.

The growth of CCS could open up new opportunities for the infrastructure contractors that have primarily serviced the oil and gas sectors, but face increasing uncertainty about their role in an industry that is taking gradual steps to scale down and diversify into clean energy amid environmental pressures.

Large networks of pipelines and equipment will be needed to connect the industrial facilities where CCS is deployed to the storage locations that will trap the collected CO2 – often in depleted offshore oil and gas reservoirs, with the North Sea being the prime candidate for projects in western Europe.

“Developing CCS projects is an opportunity for the linepipe and oil-country tubular goods (OCTG) industry, with a new market about to open up for suppliers looking to expand beyond oil and gas,” said Rystad’s senior vice president of energy service research, James Ley.

For example, Norway’s Northern Lights project – a collaboration between oil majors Equinor, Shell and Total, and part of the country’s wider ambition to develop a full-scale CCS value chain by 2024 – is expected to require around 12,000 tonnes of carbon seamless linepipes for the export line to offshore storage.

With around 1,000 large industrial sites across Europe – comprising cement plants, steel producers, fossil power and waste-to-energy plants – that might be suitable candidates for CCS integration, and a further 6,000 worldwide, Rystad suggests there is “massive potential” for more investments to lower global CO2 emissions in the coming decades.

But overcoming the barriers that have so far stalled the technology’s development will be crucial to establishing it as a commercially-viable component of the decarbonisation agenda. The success of pilot projects in Europe, such as Northern Lights and the Acorn project in Scotland, would go a long way to proving that.

Rystad’s head of energy service research Audun Martinsen added: “As standard renewable technologies that have some maturity in Europe, such as solar installations and offshore wind farms, are increasingly gaining market share, CCS projects will face competition and have to prove cost-worthy.”