The US state is uniquely exposed to a full-time ban on oil and gas leasing across federal lands and waters, although any impact on production would not be realised until after 2030 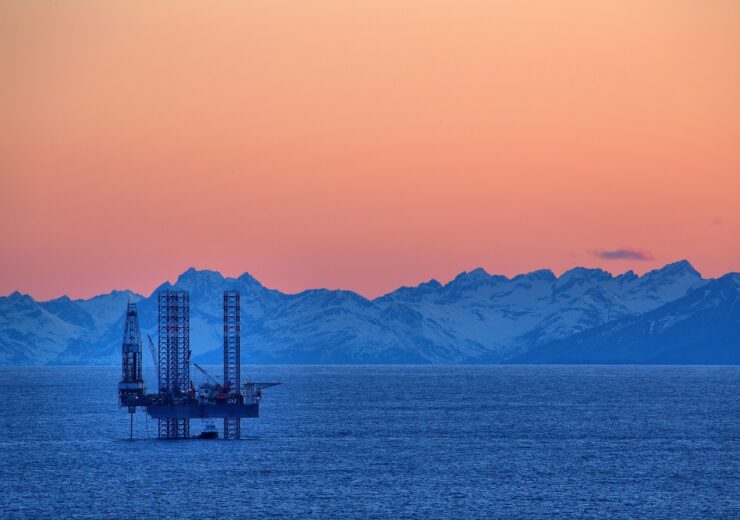 The majority of oil reserves in Alaska will stay locked in the ground if temporary bans on federal leasing activity introduced by the Biden administration become permanent, according to an analysis.

Of the US state’s estimated 23.3 billion barrels of recoverable oil and condensates, around 72% of the resource may never see the light of day, posing a challenge to Alaska’s oil-dependent finances.

However, the effect of any policies to permanently put the region off limits to new drilling would be unlikely to affect near-term output, with the impact only to be felt sometime after 2030.

During his first week in office, US President Joe Biden made a series of interventions in the country’s oil industry, in a dual attempt to dismantle some of the hallmark policies of his predecessor and kick-start a low-carbon national energy strategy that will chart a course to net-zero emissions by mid-century.

He signed executive orders banning new lease sales in the Arctic National Wildlife Refuge (ANWR) in north-east Alaska – a previously protected region opened up to the industry in one of former president Trump’s final energy initiatives – as well as issuing a temporary pause on new oil and gas leasing across federal lands and waters.

Whether the suspensions are made permanent remains to be seen. At the time, US national climate advisor Gina McCarthy said the decision seeks to “make sure that we take a little pause and review the entire strategy of [how] we’re looking at public lands”.

She added time will be taken to asses “what new leases ought to be approved and sold”, consistent with the new administration’s desire to base future energy policies around an agenda of decarbonisation.

“There has been much discussion over the possible outcome for the upstream activity of the prolific Gulf of Mexico, but one of the areas that will be affected the most in relative terms is Alaska,” notes research group Rystad Energy.

“Alaska’s oil days were already considered numbered by the energy industry, but the new administration’s push for energy transition could hasten the process.”

According to Rystad’s analysis, around 16.8 billion barrels of oil and condensate reserves in Alaska could remain undeveloped if the lease suspensions were to be made permanent.

Kara Moriarty, chief executive of the Alaska oil & Gas Association, has warned no other US state would be harder hit than Alaska by a long-term extension of the leasing rule. “With more federal land than any other state, Alaska will sustain a disproportionate burden created by this policy,” she says.

“Some of Alaska’s most promising oil and gas projects are located on federal land and waters, and have already been explored, invested in, and moved into development.”

A full-time leasing moratorium across federal lands and waters could remove up to 10 billion barrels from unawarded offshore acreage, while a further 4.5 billion barrels could be lost from onshore operations in the National Petroleum Reserve of Alaska (NPRA).

In the ANWR – where a rushed auction was held at the end of 2020, attracting scant industry interest – an estimated 1.35 billion barrels would be left untouched.

For a region where the oil and gas industry supplied around 80% state revenues in 2019, removing high volumes of its resource potential poses a significant challenge of how to replace these finances and protect the livelihoods of those connected to fossil extraction.

“Consequently the energy transition push brings unique challenges for the state, which needs to weigh associated direct and indirect job losses, while also replacing the revenue streams for the state and its people.”

However, Rystad notes that any permanent ban would only begin to have a real effect on Alaska’s oil production after 2030, with any impact during the final years of this decade to be “negligible”, limited to just a handful of thousand barrels.

The state has long passed its years of peak oil production, which reached highs of two million barrels per day (bpd) in the 1980s but has since dropped off to 440,000 bpd in 2020. In the past decade alone, Alaska’s oil output has decline by 26%.

There is an expectation for moderate growth over the coming years, potentially reaching 660,000 bpd by 2029 – although Rystad notes the increase could end up being slower, with production peaking lower but delivering a prolonged plateau.

Looking to a low-carbon future

Faced with these uncertainties over the future of its traditional energy business, Alaska may now reconsider its future as a region where a new breed of low-carbon industries could develop.

The state has a non-binding goal to generate 50% of its electricity from renewable and alternative energy sources by 2025, and renewables already account for 28% of its power generation.

The Biden administration is expected to take steps to support the growth of clean energy industries nationwide, and to prepare the energy workforce for new opportunities in these emerging sectors.

Despite its challenging weather and geographical conditions, Rystad suggests Alaska has a “high potential” to excel in renewable energy generation, including sources like solar, wind and hydroelectric.

“The state is also exploring tidal and ocean power technologies that could supply renewable energy to coastal communities,” the analysis adds. “These could help in reducing the currently high electricity prices in the scattered villages that rely on gas-fired power generation.”