Wison Engineering Services' indirect wholly-owned subsidiary Wison Engineering has entered into a memorandum with Gazprom neftekhim Salavat for cooperation on a natural gas-to-polyolefin project at an oil and gas base in Salavat, the Republic of Bashkortostan, Russia. 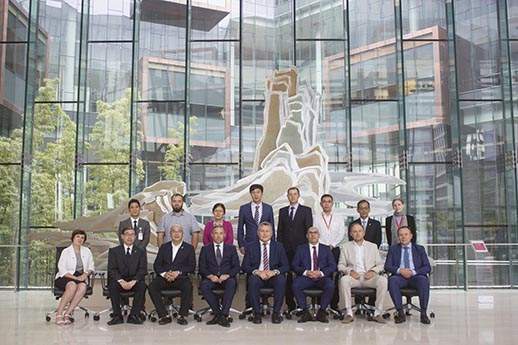 In this collaboration, Wison Engineering will provide technical support to the project owner during the pre-feasibility study stage, offer support in various areas, such as project process design, process proposal selection, basic technological data, and economic feasibility analysis of the project, and work with Design Institute of Gazprom neftekhim Salavat to prepare information for pre-feasibility study.

The signing of the agreement not only lays a solid foundation for subsequent cooperation between both parties, but also significantly enhances the brand reputation of Wison Engineering in Russia’s oil and natural gas market and establishes a strong foundation for the Company’s development in local market.

“In line with China’s “Belt & Road” initiative and taking into account of the enormous potentials and demands of oil and natural gas in Russian market, the Company has invested heavily in the expansion of the Russian market. Wison Engineering has extensive project experience in the fields of natural gas to methanol and methanol to olefins (MTO). Up to now, we had designed or EPC contracted various sets of 300KTA, 600KTA and 900KTA MTO plants with the advanced MTO process from Honeywell UOP.

“Through this cooperation, Wison will be presented with more opportunities to showcase our exceptional technology and mature construction EPC contracting capability in such region. Also, the cooperation is a proof of our ability to provide integrated solutions with higher production efficiency and more economical values to international customers.”

With respect to the signing of the cooperation memorandum, Mr. GALIEV, vice president of Gazprom neftekhim Salavat, said that Wison Engineering’s rich experience and advanced technology in the MTO field was an important contributor to the success of the cooperation, despite the fact that it was the first cooperation project between them. Through enhancing communication and cooperation between both parties, they can further explore other collaboration opportunities for such project or other potential projects for mutual benefits.

The meeting was attended by several representatives and leaders of Gazprom neftekhim Salavat, Salavat Petrochemical Design Institute and Wison Engineering. After the meeting, accompanied by Wison Engineering, the Russian representatives paid a visit to the Nanjing 600KTA MTO project under construction and the Pucheng 300 KTA Polyethylene project in stable operation. Both projects were awarded EPC contracts.