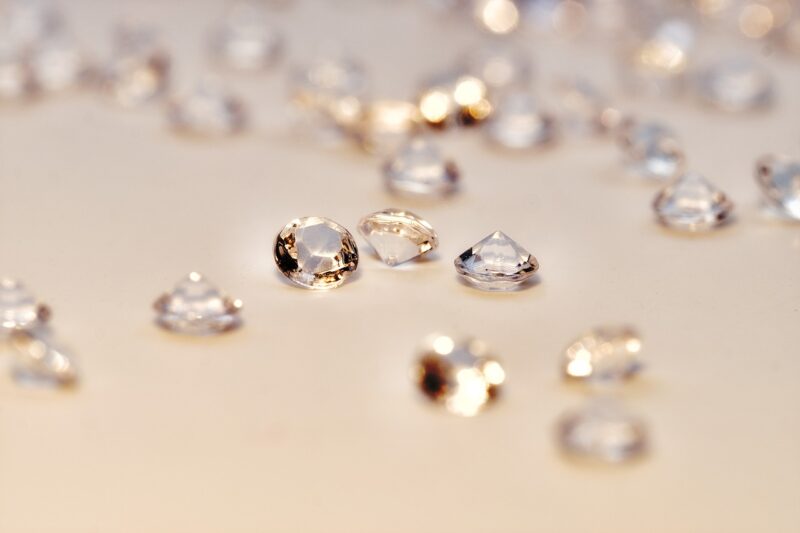 ALROSA and Rio Tinto Diamonds are two of the top five diamond mining companies across the world.

The vast majority of mining for the precious metal – up to 99% – is conducted in nine countries, with the world’s top five diamond mining nations being Russia, Botswana, the Democratic Republic of Congo (DRC), Australia and Canada. Just these five contribute to more than 60% of the world’s diamond production.

Although all the largest mining companies have operations in the main diamond producing countries, DRC and Zimbabwe are the two exceptions, where diamond deposits are mined by prospectors and small companies.

ALROSA, which operates mostly in the Yakutia region of Siberia, accounts for 94% of Russia’s total diamond production and 25% of the world’s diamonds in circulation.

Outside of Russia, the miner only has one operation – a 32% stake in Angola’s Catoca mine. The company has nine major diamond fields and 10 alluvial mines.

The main reason for ALROSA ranking in top spot amongst the biggest diamond mining companies of the world today is due to a single diamond field called Verkhne-Munskoye, which it is the exclusive owner of. Discovered by ALROSA in 2007, Verkhne-Munskoye is estimated to contain rough diamonds that are worth about $4bn.

The Yakutsk Diamond Trading Enterprise of ALROSA (YAPTA) sorts out, categorises and valuates the diamonds mined from ALROSA’s fields and sells the rough diamonds to manufacturers in the Yakutsk region.

ALROSA has two other branches in Moscow that distribute diamonds – Brilliantly ALROSA and United Selling Organization (USO). Although it functions like YAPTA, USO  sells the valuated rough diamonds to other regions in Russia and abroad.

Brilliantly ALROSA is the biggest diamond manufacturer in Russia. It is in the business of cutting and polishing rough diamonds, before selling the polished ones to major jewellery retailers and setters across the world such as Tiffany & Co., Chai Tai Fook and Rosy Blue.

De Beers has been in the diamond business since 1888 when it was founded by British politician and businessman Cecil Rhodes in South Africa.

De Beers is now headquartered in London and has been majority-controlled (85%) by multinational miner AngloAmerican since 2012 after it bought Oppenheimer’s 40% stake in De Beers.

Although it has been labelled by critics as a diamond cartel established to monopolise the industry, it appears to have wiped out any veracity to such claims in recent years.

Despite facing decades of criticism regarding “conflict diamonds”, De Beers is still one of the world’s top diamond mining companies with operations in South Africa, Botswana, Namibia and Canada.

De Beers not only has mining and manufacturing operations of diamonds but also sells and distributes rough diamonds through Diamond Trading Company (DTC).

The world’s largest supplier of diamonds in terms of value, DTC sorts out, evaluates and categorises rough diamonds extracted from its mines, which are then sold to diamond dealers in Kimberley, South Africa, and London, England, simultaneously 10 times each year.

Headquartered in Botswana, Debswana Diamond Company Ltd. is a 50:50 joint venture between De Beers and the government of Botswana.

No private mining operations are allowed in the country, with all of its diamond mining activities controlled by Debswana. The firm operates four diamond mines called Orapa, Jwaneng, Letlhakane and Damtshaa mines.

Unlike other mining companies, which have been touched by the controversy of “blood diamonds”, Debswana has been a significant contributor to the growing Botswana economy, accounting for 50% of the country’s revenues and 70% of its exports.

Having previously been recognised as one of the poorest nations on earth, the country can thank Debswana for being one of the main reasons for that growth.

The diamonds mines of Orapa and Jwaneng have their own sorting facilities within the mine premises. Sorting of rough diamonds is done with x-ray and laser technology to elevate the mines’ processing capabilities. The same method has also been introduced to other mines as well.

De Beers’ clout in the diamond market is a big plus point for Debswana, as most of its sorted, categorised and valuated diamonds are sold through De Beer’s Diamond Trading Company.

Part of the Anglo-Australian mineral mining multinational Rio Tinto Group and owner of three diamond mines, Rio Tinto Diamonds boasts over $4bn in revenues and has operations on five continents.

In 2019, the company’s diamond output was estimated to be over 17 million carats, with its revenue that year reported at $619m.

In November 2020, Rio announced it was closing its iconic Argyle mine in Western Australia, which was famously known for its pink diamonds.

The Diavik mine in Canada, which is solely owned by Dominion Diamond Corporation, receives help from Rio during its mining operations. Although the site produces higher quality diamonds, it has smaller ore deposits when compared to its other facilities.

Rio owns a 78% share of the Murowa diamond mine in Zimbabwe, where production takes place on a smaller scale, with its annual output averaging about 200,000 carats.

The London-based company has a marketing headquarters for its diamond operations in Antwerp, Belgium, where its sorting facilities are also located.

That is where rough diamonds are sorted out, categorised and valuated, before they are then shipped to Perth, Australia, for cutting and polishing. The final products are then sent to diamond markets in the US, Hong Kong and India.

Founded specifically to mine the precision stone from Diavik in 1994, Dominion reported gross revenue of $151.3m in 2019, with diamond production at Diavik estimated to be 6.7 million carats. The Ekati Mine was shut down due to the Covid-19 pandemic, meaning its output has not yet been estimated.

The rough diamonds mined from Diavik are sorted out in its Toronto facilities and later shipped to its sales offices in Antwerp, Belgium, and Mumbai, India. Dominion sells its diamonds directly to retailers and manufacturers such as Tiffany & Co.

Dominion meticulously implements sustainable mining practices to minimise the negative impact of diamond mining on the environment and also uses its CanadaMark™, which guarantees the diamonds’ Canadian origin.