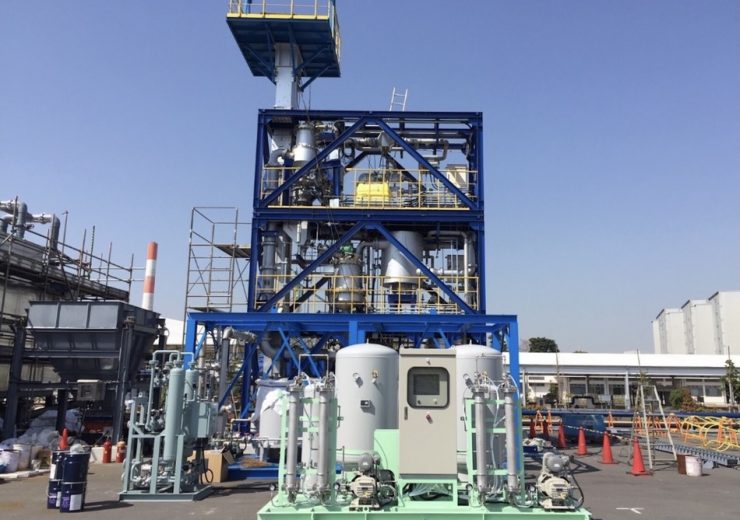 Ways2H, together with its partner Japan Blue Energy (JBEC), has completed construction of a Tokyo facility for converting sewage sludge into renewable hydrogen fuel.

The hydrogen systems manufacturer said that the renewable hydrogen fuel from the facility will be used for fuel cell vehicles and power generation in Japan.

The facility has been developed and constructed in partnership with the Tokyo Metropolitan Government, TODA Corp, TOKYU Construction, CHIYODA Kenko and researchers at Tokyo University of Science.

The waste-to-hydrogen facility is expected to help Japan to address the growing demand for renewable hydrogen, while facilitating sustainable disposal of waste.

“This facility was built to support Tokyo’s pioneering efforts on clean energy and waste reduction, and contribute to Japan’s clean hydrogen and carbon reduction goals.”

The waste-to-hydrogen facility is located at the Sunamachi Water Reclamation Centre near Tokyo Bay, and is capable of processing one tonne of dried sewage sludge per day.

The 40 to 50kgs of hydrogen generated per day from the facility is adequate to power 10 passenger vehicles or 25 fuel-cell based e-bikes, said the company.

In addition to wastewater sludge, the facility is also designed to process plastic, paper, municipal solid waste and other types of refuse.

Furthermore, the facility is designed to be carbon-neutral and generate its own fuel in a closed-loop process.

Dowaki said: “Renewable hydrogen is an important clean energy fuel for Tokyo and the world. We spent over a decade developing this advanced process to convert waste into hydrogen and it is encouraging to see hydrogen demand growing in Japan and globally, as we complete our first Tokyo hydrogen production facility.”