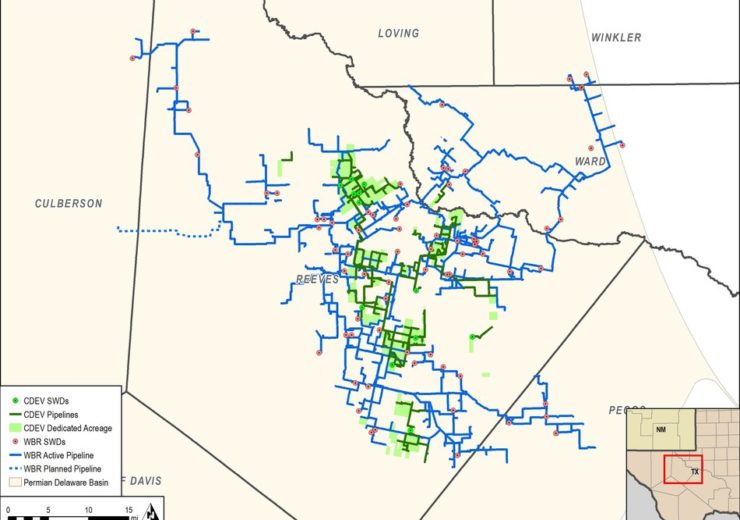 The water utility firm will pay $150m in the form of cash and an additional $75m will be paid over a three-year period based on Centennial achieving certain incentive thresholds.

Five Point Energy CEO and WaterBridge Board chairman David Capobianco said: “With the addition of Centennial’s produced water handling assets to WaterBridge’s network, the company has expanded the capabilities of its system and firmly established itself as the largest pure play water midstream company in the industry.

“The capacity and redundancy offered by our systems will continue to be instrumental in supporting current and future customers’ development programs in the Southern Delaware Basin.”

The transaction is expected to be closed in March 2020

After completion of the deal, the produced water midstream company’s Southern Delaware Basin will have more than 600,000 acres which are operated by more than 23 blue-chip producers under long-term dedication.

Subject to certain regulatory approvals and other customary closing conditions, the deal is estimated to be completed in March this year.

Centennial is planning to utilise the $150m cash proceeds to repay borrowings under its revolving credit facility.

For the deal, Winston & Strawn is acting as legal advisor to WaterBridge.

In December last year, WaterBridge raised $345m of equity capital to fund its acquisitions of water infrastructure and growth projects.