Hamina LNG and Wärtsilä have broken ground on the Hamina LNG terminal, a liquefied natural gas (LNG) import terminal at the Port of Hamina, Finland. 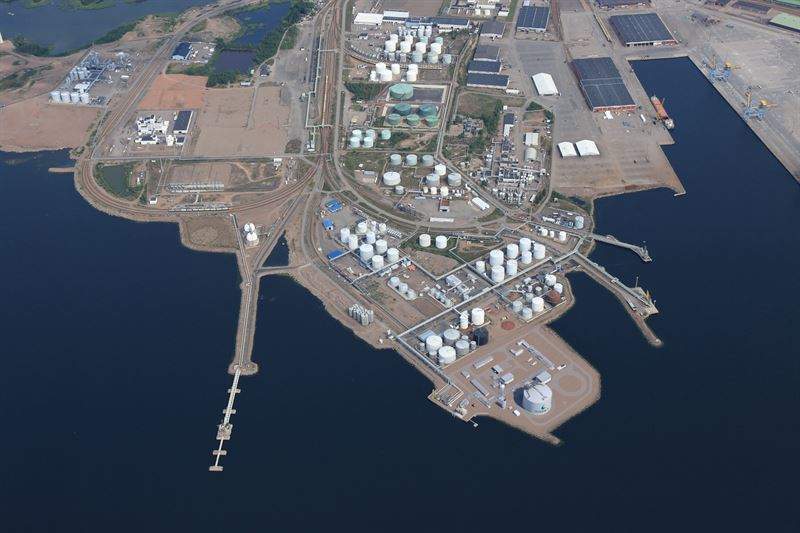 Image: Hamina LNG terminal is an LNG import terminal at the Port of Hamina, Finland. Photo: courtesy of Wärtsilä.

The Hamina LNG terminal, which will have a capacity of 30,000m3 capacity, is owned by Hamina LNG, a joint venture between municipal energy distribution company Hamina Energia and oil terminal company Alexela Varahalduse.

The LNG import terminal is being built with an investment of around €100m with Finnish technology group Wärtsilä responsible for its engineering, procurement, and construction under a turnkey contract.

The terminal is intended to be connected to the local gas network of Hamina and the Finnish national gas grid.

The Hamina LNG terminal will also be equipped with re-gasification capability for delivering the gas to the existing distribution network catering to regional and national markets.

Apart from that, the Finnish LNG import terminal will have a truck-loading area for LNG, and the possibility to supply bunkering barges and small-scale carriers.

Wärtsilä said that the tank foundation for the LNG terminal has been cast already and the facility is slated to enter into full operations in 2020, upon which, it is expected to open the gas import market in Finland.

Hamina Energy CEO Markku Tommiska said: “This new terminal represents an important addition to Finland’s gas infrastructure and will support our ambition to provide a reliable supply of clean energy to local industry and businesses.

“We appreciate Wärtsilä’s extensive capabilities in LNG engineering, which have made this project possible.”

Wärtsilä is also part of the Hamina LNG terminal through a minority investment by Wärtsilä Development and Financial Services (WDFS) in Hamina LNG.

The Finnish technology group said that preparations are being undertaken to add a second 20,000m3 LNG storage tank in the Hamina LNG terminal in the future.

Wärtsilä vice president Alexandre Eykerman said: “This project is very much in line with Wärtsilä’s emphasis on utilising LNG fuel to reduce the environmental impact of power generation.

“It also supports our vision of a future where 100 percent of energy will be sourced from renewables, such as solar and wind.”