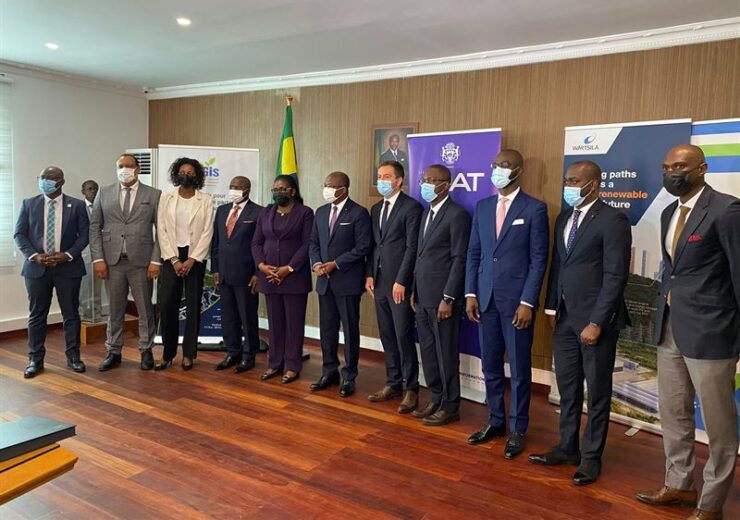 Concession agreement for the power plant project was signed on 22 September. (Credit: © Sovereign Fund of the Gabonese Republic.)

Wärtsilä and Gabon Power Company (GPC) have signed a concession agreement with the Government of Gabon to develop, build, operate and maintain a 120MW gas power plant.

To be located at the industrial site of Owendo, close to Libreville, the power plant project is being developed under a Public Private Partnership framework.

At the end of the concession agreement, the power plant will be transferred to the Gabonese authorities.

Wärtsilä will jointly lead the project with GPC, which is a subsidiary of the Sovereign Fund of the Gabonese Republic (FGIS) dedicated to energy and water.

Under a full engineering, procurement, and construction (EPC) contract, the company will be responsible for the construction of the power plant.

Later, it will operate and maintain the plant under a long-term 15-year operation and maintenance (O&M) agreement.

The EPC contract and the O&M agreement are expected to be signed with Orinko, the joint venture between Wärtsilä and GPC, in 2022.

The plant, which is said to one of the largest of its kind in Sub-Sahara Africa, will deliver electricity to Société d’Energie et d’Eau du Gabon (SEEG), upon commissioning.

It has a 15-year power purchase agreement (PPA) with SEEG.

GPC general director Marcelin Massila Akendengue said: “There is currently a structural deficit between the supply capability and the demand for electricity, which is increasing year by year.

“This project will play an important role in bridging this deficit, and some 600,000 people will ultimately benefit from a more sustainable and economical electricity supply delivered to SEEG.

“The plant will replace rented generation assets by SEEG and bring significant benefits, in line with Gabon sustainability ambitions.”

In West Africa, Wärtsilä’s installed base consists of 440 plants with 946 engines producing 4.92GW in 34 countries.

In July this year, the company secured a contract to supply 100MW/200MWh of energy storage systems to Pivot Power, part of EDF Renewables, for its two projects in the West Midlands, England.