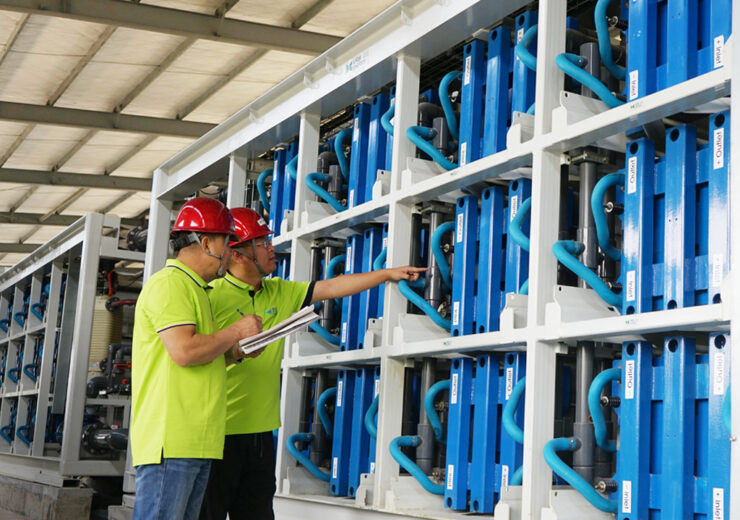 The energy storage project in Xiangyang will be paired with 1GW of new wind and solar photovoltaic (PV) power generation projects.

The total investment of all the facilities is C$1.81bn ($1.44bn), said Sparton Resources, which holds a stake of 9.8% in VRB Energy, through its subsidiary VanSpar Mining.

The project is part of China’s national “Carbon Neutral and Carbon Peak Strategy”.

According to Sparton Resources, an investment of C$841m ($668m) will be made for constructing the initial 100MWh all-vanadium redox flow battery energy storage power station as well as 500MW of distributed rooftop PV installations.

The power station for the project will be built in the Automobile Industrial Park of the Xiangyang High-tech Development Zone. To be spread over 8ha, the power station is expected to be commissioned officially for operation by the end of next year.

“The application of our new technology has laid a solid foundation for new business. VRB Energy has participated since 2019, in the construction of the first phase of the 3MW + 3MW/12MWh vanadium redox flow battery energy storage phase of the 10MW solar and storage project in Hubei Zaoyang, and the project is working well.”

VRB Energy’s vanadium redox battery systems are designed to store energy in liquid electrolyte by using a process based on the reduction and oxidation of ionic forms of vanadium.

In July 2021, the company secured an investment of $24m from BCPG, a Thailand-based renewable energy developer.