Russian energy company Lukoil said that it has brought the fifth well of phase 2 of the Vladimir Filanovsky field development in the Caspian Sea into production. 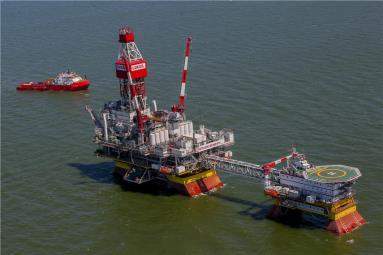 Commissioned in 2016, the initial recoverable reserves of the Vladimir Filanovsky field are projected at 129 million metric tonnes of oil and 30 billion cubic meters of gas.

The second phase of the three-phased offshore Russian oil and gas project, which began in 2017, is aimed at supporting the annual plateau production level of six million tones. For this, Lukoil will construct six production and two injection wells during the second development stage.

The Russian oil and gas major said that the length of the main wellbore of the new bilateral fifth production well is 2,956m while the lateral’s is 1,735m.

The initial flow rate of the fifth well surpassed 3,300 tonnes of oil per day, said Lukoil.

It further said that as a result of the drilling program at the second development stage, the oil production of the Vladimir Filanovsky field has been maintained at its plateau level since the second quarter of this year.

The cumulative oil production of the Vladimir Filanovsky field has crossed 10 million tones, said Lukoil, which disclosed its intentions to launch drilling of the sixth production well.

Lukoil, in a statement, said: “The Company also progresses with the third development stage of the field. The substructure of a wellhead platform was installed offshore at the field in August; the platform’s topside is currently being assembled with over 70% completion rate.”

The company also revealed that the topside installation at the sea and the commissioning of the wellhead platform are planned for next year.

In July 2018, Lukoil wrapped up transportation and began installation of the substructure for the wellhead platform at the Vladimir Filanovsky field.

The wellhead platform has been designed to produce and gather crude oil, and also to supply them to the central processing platform of the first stage of the offshore Russian field.

The wellhead platform is being constructed as part of the third stage of the Vladimir Filanovsky field, which is being taken up to develop the Western part of the reservoir and also for maintaining stable production plateau.