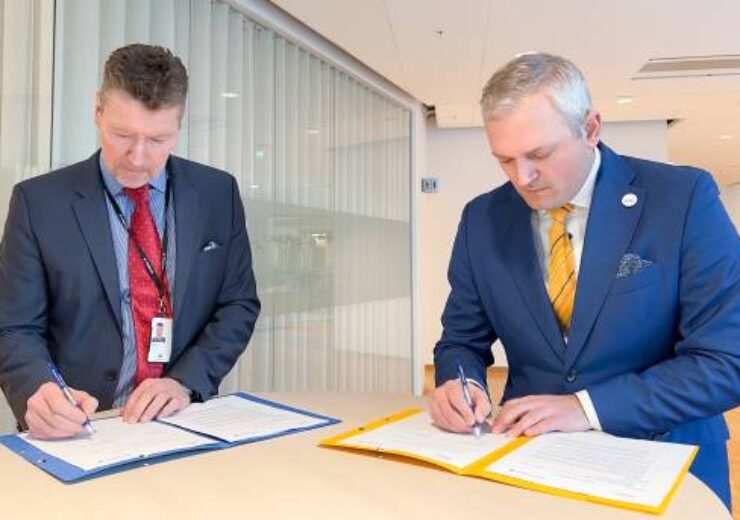 For the past year Vattenfall has participated in a feasibility study by the Estonian start-up energy company Fermi Energia to explore the possibilities for Small Modular Reactor (SMR) deployment in Estonia. Building upon the present collaboration the parties have now signed a Letter-of-Intent to further expand their co-operation.
”Recently, we’ve seen a growing interest in small-scale nuclear reactors. Vattenfall’s intent with this project and in stepping up our cooperation is to support Fermi Energia to achieve a successful European SMR initiative. We will now deepen our studies in specific work areas and extend our collaboration until the submission of an application for a decision in principle by the Estonian Parliament. This will provide know-how to Vattenfall in an area where we’re building up our competence,” says Torbjörn Wahlborg, Senior Executive Vice President Generation at Vattenfall.

The collaboration will further explore the maturity of SMR technology and the prospects for deployment of one or several such reactors in Estonia. In addition to Vattenfall the initiative involves other European energy companies. All participants gain practical SMR technology insights and contribute their own experience.

“We’re happy to cooperate with a leading European utility operating nuclear power that is committed to reaching decarbonization in one generation. Higher safety, simplicity, lower capital cost and smaller size make nuclear a realistic option also for Estonia. This is recognized by the Estonian Government in the forming of a governmental nuclear energy working group. Innovative nuclear energy deployment is very challenging, but it is equally challenging to reach true carbon neutrality in all sectors of a Nordic society,” says Kalev Kallemets, CEO of Fermi Energia.

“Our cooperation with Fermi Energia leads us to a better comprehension in one of many areas of development. Vattenfall will share its previous experience of nuclear power plant construction. Our particular work areas within this agreement are how to structure newbuild financing, construction and costing, HR development, SMR operator and staff training and supply chain developments,” says Mats Ladeborn, Head of Fleet Development within BA Generation.

The Estonian government has decided to form a national working group on nuclear energy to assess the introduction of nuclear power generation. The group will analyze – with the help of foreign experts – the suitability of introducing nuclear energy for ensuring the security and safety of Estonia’s energy supply. The working group will be convened this year and has a two-year working plan.

Fermi Energia has begun based on relevant study a formal dialogue with two municipalities on conditions that will hopefully lead to their agreement of being included in National Designated Spatial Planning (NDSP). The latter is the formal government led process including strategic environmental impact assessment of choosing the suitable site. Initiation of a planning process for potential SMR technologies justifies the formation of a regulatory system suitable for SMR deployment.

“Nuclear power comes with very low CO2 emissions and may contribute to the reduction of fossil fuel usage within the EU. The evolution of SMR technology looks promising and it is natural for us to follow technical developments within all sources of power generation that we utilize ourselves. A transition of Estonian electricity production would be a significantly positive climate measure for the EU as a whole,” says Mats Ladeborn.