Vast Resources has concluded an agreement with Red Mercury for exclusive access to a diamond concession area (the Heritage Concession) in what has become known as the Marange Diamond Fields in the Chiadzwa region of Zimbabwe. 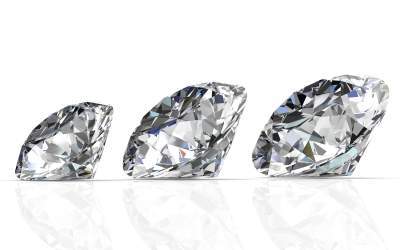 The purpose of the agreement is to carry out initial due diligence on the area with a view to concluding a joint venture agreement (the Joint Venture) ,the principal terms of which have been agreed, for exploration, mining and marketing The 15km Heritage Concession is close to an area of Vasts historic Marange Diamond Fields claim and is understood to be an extension of the same geological system.

Under the Agreement, Red Mercury will be responsible for providing a full mining licence and Vast will be responsible, subject to the results of exploration and subject to Zimbabwes future indigenisation laws when changed as anticipated not being an effective bar to investment, to procure funding such as is necessary to develop an efficiently operating diamond mine on the Heritage Concession.

The agreed principles of the Joint Venture:

give Vast effective control of exploration and mining on the Heritage Concession and also of marketing of the diamonds in consultation with Red Mercury;

comply with current indigenisation laws of a 51/49 ownership split, but, should the future indigenisation laws ,if any, allow, provide for a profit split that will result in Mercury/MZ Community Trust receiving no less than 25% of the profits. plus a grant payment for the purpose of benefitting the local community equal to 10% of all expenditure on capital equipment procured for mining;

require dividends to be paid annually of at least 50% of profits which can be distributed lawfully and without breach of contract to third parties;

commit Vast to giving support to the local community and participating jointly with Red Mercury in cultural heritage ancestral activities;

promote local jewellery manufacture with a proportion of the production

The due diligence access period is for two months or such longer period as the parties may agree (the Due Diligence Period). During the Due Diligence Period the parties are to use all reasonable efforts to conclude the Joint Venture for exploration, mining and marketing, according to the main principles and commercial terms which have been established and pre-agreed.

Following the accession of the new Government in Zimbabwe indigenisation laws were abolished for most types of mining but retained for diamonds. Under the existing law, within such period as the Minister may prescribe, either 51% ownership is required by a Designated Entity or by a Community Share Ownership Trust such as MZ Community Trust or an indigenisation and empowerment option must be earned through the use of credits. However there has been a more recent statement from the President of Zimbabwe that this law is about to change, and a change is widely expected.

Mark Mabhudhu, Director of Vast Resources Zimbabwe Ltd and former CEO of Government owned Zimbabwe Consolidated Diamond Company Ltd, commented, The concession area has not been mined before and by virtue of its geographical positioning within the Marange Diamond Fields it is anticipated to contain economically viable diamondiferous alluvials as well as conglomerate ore resources.

Andrew Prelea, Chief Executive of Vast, commented, Shareholders will be aware that we have long held an historic diamond interest in Zimbabwe. With an evolving political backdrop, the countrys mining landscape is beginning to change and new opportunities are emerging. Whilst we await further developments on our historic claims, we are delighted to be strengthening our operating presence in the area and building on our relations in-country through this agreement with Red Mercury, which we believe paves the way for future growth.

Having already agreed the principal terms of the future Joint Venture with the MZ Community Trust, we have confidence that once the Due Diligence Period is complete, subject to final results, we can move swiftly in building a valuable diamond arm of our business, which is mutually beneficial for all stakeholders. We are grateful for the opportunity to be a part of the re-emerging diamond sector in Zimbabwe and look forward to providing the market with further updates on developments in due course.