The Australian firm had proposed to buy a stake of 95% in Vale Nouvelle-Calédonie (VNC), the owner of the Goro mine 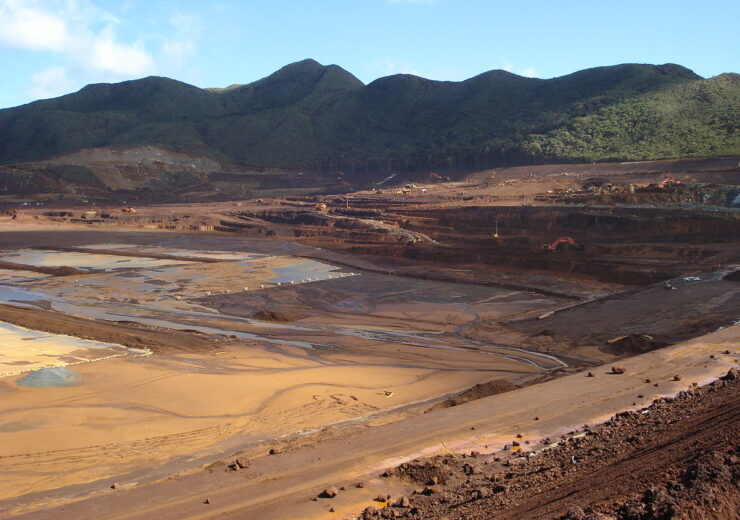 Tailings dam of the Goro mine. (Credit: Barsamuphe/Wikipedia.org)

Vale Canada, the Canadian subsidiary of Brazilian miner Vale, and Australia-based New Century Resources failed to arrive at a deal pertaining to the sale of the former’s Goro nickel-cobalt mine (Goro mine) in New Caledonia.

In May 2020, it was announced that the parties had entered into talks for the Australian firm to acquire a stake of 95% in Vale Nouvelle-Calédonie (VNC), the owner of the nickel-cobalt mine. New Century Resources had started a 60-day exclusivity period with Vale Canada to carry out due diligence and for negotiating the potential deal.

New Century Resources said that the due diligence and business analysis has been wrapped up, which suggested strong potential for sustainable long-term operations at the Goro mine. However, negotiations with multiple stakeholders could not result in the creation of a funding package and equity structure for Vale Nouvelle-Calédonie which can adequately facilitate a suitable risk/reward scenario for its shareholders, said the Australian firm.

The company said that its board has therefore decided not to move ahead with a binding offer for the Goro mine within the exclusivity period, which has now lapsed.

Vale said that it will now begin the necessary steps to place Vale Nouvelle-Calédonie on care and maintenance ahead of a possible shutdown of the operation if no sustainable solution is possible in the coming months.

The Brazilian miner said that simultaneously, it is continuing efforts with the French State, the South Province of New Caledonia, and Vale Nouvelle-Calédonie’s management to arrive at a positive outcome for the future for the operations at the Goro mine.

Vale CEO Eduardo Bartolomeo said: “All parties to this negotiation have invested significant effort in an attempt to reach a solution for the sustainable future of VNC.

“Vale and everyone involved in the divestment process – including the South Province of New Caledonia, the French State and VNC management – continue to explore alternatives to create a viable future for VNC, all of which will contemplate Vale’s exit. We remain hopeful of a positive outcome and are working with all the parties involved with that purpose in mind.”

The Goro project features a fully integrated and operational mine, a processing plant and a port facility.