Romania partners with US to expand Cernavoda nuclear power project 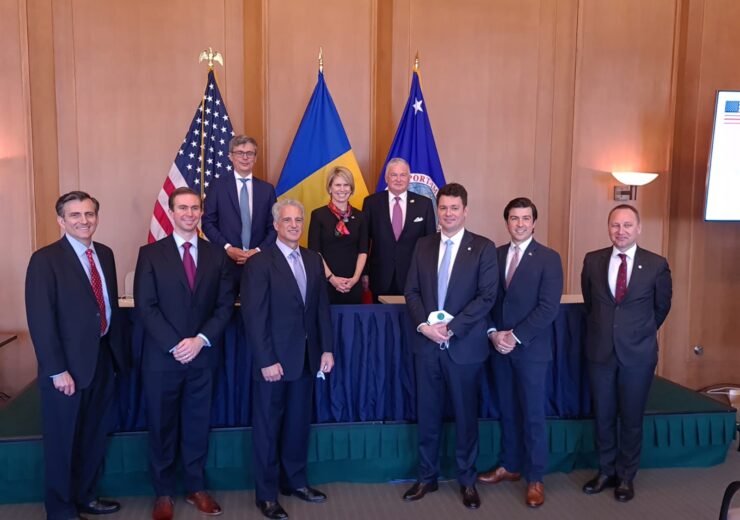 The US and Romanian governments have agreed on co-operating on the expansion and modernisation for the 1.3GW Cernavoda nuclear power project.

The co-operation between the countries will also extend to the civil nuclear power sector in Romania.

A draft intergovernmental agreement in this connection has been signed by the US Secretary of Energy Dan Brouillette and Romanian Minister of Economy, Energy, and Business Development Virgil Popescu.

Upon its formal execution, the agreement will enable Romania to leverage American expertise and technology for the nuclear power project. A multinational team will be engaged to construct reactor Units 3 and 4 of the Cernavoda nuclear power plant in addition to the refurbishment of reactor Unit 1.

AECOM, an American construction and engineering firm, will lead the $8bn project to build the two reactors, reported Reuters.

Brouillette said: “Nuclear energy is crucial to ensuring Romania has a reliable, affordable, and emissions-free supply of electricity, and the U.S. nuclear industry looks forward to providing their expertise to advance this important energy source.

“This agreement between the U.S. and Romania furthers our mutual energy cooperation and will strengthen the energy security of both our nations.”

Operated by Romanian state-owned firm Nuclearelectrica, the Cernavoda nuclear facility meets nearly 20% of the electricity demand in the country. It has been in operation since 1996.

Currently, the Cernavoda nuclear power plant has two CANDU 6 reactors of 655MW each in operations.

Nuclearelectrica stated: “The Intergovernmental Agreement also envisages the support and promotion of the Romanian local industry in the investment projects, therefore it ensures the integrated development of the horizontal industry in order to maintain and increase local capabilities, all the more since the Romanian industry has expertise in the construction of CANDU 6 reactors, the technology used both for current operation and future reactors.”

The Romanian energy firm said that in accordance with the national and European legislation, the intergovernmental agreement draft between Romania and the US will be sent to the European Commission, as per the EURATOM Treaty’s provisions.

Under their Partnership for Transatlantic Energy Cooperation (P-TEC), the two nations co-chair a working group on civil nuclear cooperation. This working group will continue to be a cornerstone for expanding the partnership, said the US Department of Energy.