A team of researchers from Rice University, Carnegie Mellon University, Yale University and E&S Environmental Chemistry has received $1.7m in funding from the US Department of Energy (DOE) to create and test a new solar-thermal desalination process, called Nanophotonics-Enabled Solar Membrane Distillation (NESMD). 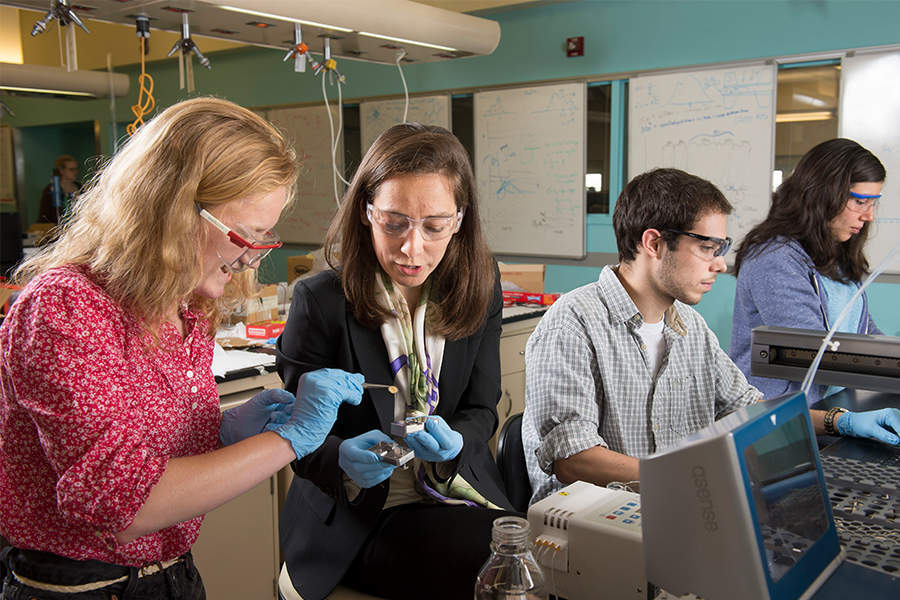 Image: the team of US researchers will develop NESMD. Photo: courtesy of Carnegie Mellon University.

Desalination is a treatment method for contaminated water, seawater and brackish water for use in municipal and industrial water supplies, or other reclamation projects. NESMD utilizes a porous, photothermal membrane to simultaneously convert sunlight to heat and desalinate water by membrane distillation with very high thermal efficiency.

“To date, research evaluating NESMD and other solar desalination technologies has been limited to bench scale analyses that can’t adequately scope the strengths and limitations of these innovations,” said Mauter. “This project will take an integrative approach, combining fundamental heat and mass transport modeling, module and process optimization, techno-economic assessment and field scale piloting to clearly identify the potential for distributed solar desalination technologies.”

Mauter and her team’s project is one of 14 funded projects by the DOE that focus on reducing the cost of solar desalination technologies and helping them reach new markets, including areas that aren’t connected to the electric grid.