The US broke its own crude oil production growth rates in 2018, with Texas at the forefront owing to substantial output from the Permian region 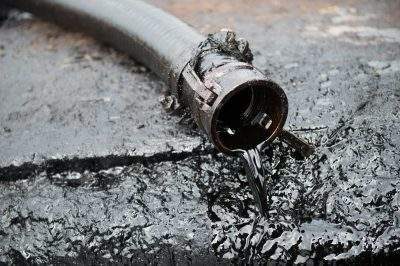 US crude oil production rates grew by 17% in 2018 (Credit: anankkml/FreeDigitalPhotos.net)

December last year set records of its own, totalling an average of 11.96 million b/d to set the highest monthly level of production in America’s history, according to the Energy Information Agency (EIA).

The figures cap off a ten-year period of significant growth for the country’s crude oil production rates, which have been driven by the increasing ubiquity of horizontal drilling and hydraulic fracturing (fracking) operations.

The EIA predicts US crude oil production will grow further over the course of the next two years, averaging 12.3 million b/din 2019 and 13.0 million in 2020.

Texas, which has more often than not held the top spot for US crude oil production since 1970, contributed to 40% of the national total last year.

The state averaged 4.4 million b/d in 2018, reaching a record monthly rate of 4.9 million in the last month of the year.

It also accounted for almost 60% of the US’ crude oil production growth, with an increase of 950,000 b/d off the back of the Permian region in its western reaches.

The only times Texas has not laid claim to the highest production rates were in 1970, when Alaska was more productive, and the 12 years between 1999 and 2011, during which production from the Gulf of Mexico was higher.

The EIA said: “Growth in the Permian region, which spans parts of Texas and New Mexico, also drove a 215,000 b/d, or 45%, production increase in New Mexico.

“This level was the second-largest state-level growth in 2018 and accounted for 13% of the total U.S. increase, setting a new annual record production level in New Mexico.

“In the Federal Gulf of Mexico, new projects and expansions that have started since 2016 have contributed to the growth in production in 2018.

“Oil and natural gas producers brought online 11 new projects in 2018, and 8 more are expected to come online in 2019.

“The Federal Gulf of Mexico’s crude oil production grew by 61,000 b/d, leading to its highest annual average of 1.74 million b/d.

“The Federal Gulf of Mexico was the second-largest producing region in 2018.”