The earlier version of HVPE used a single chamber where a chemical was deposited, the substrate removed, the chemical swapped out for the next, and the substrate returned to the deposition chamber 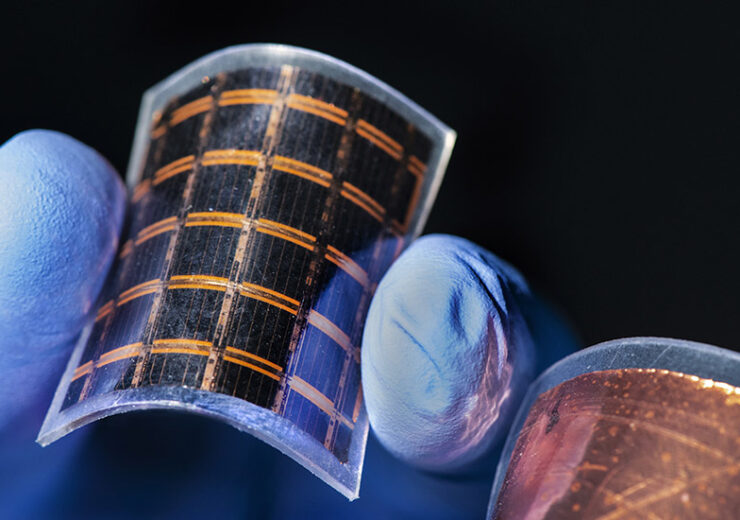 The U.S. Air Force Research Laboratory will invest in a technique developed at the National Renewable Energy Laboratory (NREL) to bring spacefaring solar technology down to Earth.

Known as III-V solar cells—so named because of where the materials fall on the periodic table—the technology is extremely efficient but too expensive for terrestrial use. Instead, they are commonly used to power satellites in Earth’s orbit and many of NASA’s missions to Mars and other planets. Researchers at NREL, however, have spent the past several years working on a way to make the cells cheaper to manufacture.

The method pioneered at NREL relies on what is called dynamic hydride vapor phase epitaxy, or D-HVPE. The process involves depositing chemical vapors onto a substrate. The earlier version of HVPE used a single chamber where a chemical was deposited, the substrate removed, the chemical swapped out for the next, and the substrate returned to the deposition chamber.

D-HVPE uses a multi-chamber reactor, significantly speeding up the process.

“The investment here is specifically to make a pilot-production reactor,” said Aaron Ptak, a senior scientist in the National Center for Photovoltaics at NREL. “This will enable us to prove that the D-HVPE technology can be scaled to meet the needs of Department of Defense customers.”

Until now, the Department of Energy’s Solar Energy Technologies Office and the Advanced Research Projects Agency–Energy have funded NREL’s work on D-HVPE.

Kyma Technologies, based in Raleigh, North Carolina, will work with NREL researchers to help design the reactor for the D-HVPE system. The company possesses an expertise in HVPE equipment. Ceres Technologies, of Saugerties, New York, will manufacture the reactor for NREL. The two companies have previously partnered on other projects.

“Bringing Kyma in gives us some extra HVPE knowledge that’s really useful here,” Ptak said. “It was kind of natural to deal with Kyma because they understood the HVPE process and they already had an existing relationship with Ceres to help build semiconductor equipment to the specs that are required for industry and now for national labs.”