Engie Energy, Uniper, OMV, Shell, and Wintershall have also been fined by the Polish watchdog 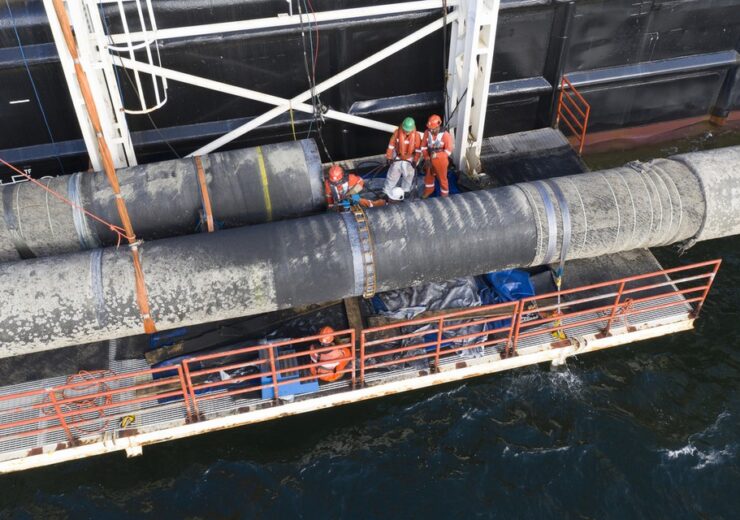 Poland’s Office of Competition and Consumer Protection (UOKiK) has imposed a penalty of more than PLN29bn ($7.62bn) on Gazprom for constructing the Nord Stream 2 gas pipeline (NS2 gas pipeline) without its approval.

UOKiK’s president Tomasz Chróstny also imposed a penalty of more than PLN234m ($61.5m) on the five remaining companies that took part in the construction of the export pipeline project in the Baltic Sea.

The five companies, which have been fined by the Polish anti-monopoly authority, are Engie Energy, Uniper, OMV, Royal Dutch Shell, and Wintershall.

Gazprom said : “The UOKiK ruling breaches the principles of legality, proportionality and just trial, while the unprecedented size of the fine is a testament to the desire to oppose the Nord Stream 2 project’s implementation by any means.”

Why UOKiK has fined the Nord Stream 2 participants

Penalties imposed on the six companies are based on the outcome of the antitrust procedure launched by it against the companies in 2018, said UOKiK.

In 2016, UOKiK’s president, while deciding on the approval of the Nord Stream 2 gas pipeline, said that the planned concentration between Gazprom and the five international companies could restrict competition for gas supplies in Poland.

Tomasz Chróstny said: “In December 2015, when the establishment of the joint venture was first reported, the participants specified their “intention to concentrate” that has remained a part of their plans ever since.

“Each subsequent move was only an attempt to alter the form of their participation in the scheme. All entities were aware of the activities undertaken, as exactly the same economic operators had previously financed the establishment of NS1 gas pipeline, enjoying the same shareholdings.”

UOKiK said that within a year after its president had raised objection to the concentration, Gazprom signed agreements relating to the Nord Stream 2 gas pipeline with the five energy companies.

Gazprom is leading the underwater pipeline project, covering half of the estimated costs of €9.5bn. The other five firms will collectively bear the remaining costs of the project with each contributing €950m.

Chróstny said: “First and foremost, Uniper, Engie, OMV, Shell and Wintershall are customers, and sometimes also competitors of Gazprom on the gas market.”

“The fact that a joint venture is financed by participants of the gas market and not by financial institution proves that all the entities involved share the same economic interests.

“Without the participation of those entities, Nord Stream 2 would not be able to operate and to pursue the gas pipeline construction project in the European Union, meaning that most probably it would not be established at all.”

The Nord Stream 2 gas pipeline is being laid to deliver Russian natural gas to the European Union. It will have two offshore export gas pipelines, each of 1,230km length.

The pipeline will cover the territorial waters and/or the Exclusive Economic Zones (EEZs) of five countries – Russia, Finland, Sweden, Denmark, and Germany, which have all given their necessary permits.