Nexans Subsea Operations has signed a shipbuilding contract with Ulstein Verft on the construction of a large, DP3 cable laying vessel. 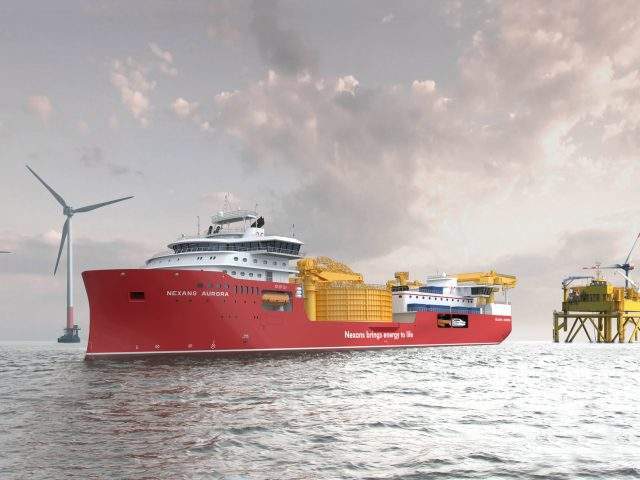 Image: The vessel will be outfitted for power cable laying. Photo courtesy of Ulstein Group ASA.

Ulstein Group CEO Gunvor Ulstein said: “We are very pleased that Nexans, a solid and important player, chooses Ulstein to construct their new flag ship. We have a strong organisation with long experience in delivering advanced vessels. The contract was won in tough, international competition. We look forward to a constructive and fruitful cooperation with Nexans in the years to come.”

The vessel will be outfitted for power cable laying, including bundle laying, cable jointing and repair and cable system protection and trenching. The ST-297 CLV is designed by Skipsteknisk, Ålesund. The vessel is developed for operations in rough weather and has high manoeuvrability and station keeping capabilities. Ulstein Verft will construct the vessel and prepare for the topside equipment.

The advanced cable laying vessel has a turntable with a large cable capacity of 10,000 tonnes, and the fibre optic basket holds 450 tonnes. The vessel is 31 m wide, 149.9 m long, with a deadweight of 17,000 tonnes, and she can accommodate 90 people.

“We are experienced in constructing large and complex vessels and we look forward to commencing the work on the cable laying vessel for Nexans”, says Kristian Sætre, managing director at Ulstein Verft.

Nexans’s core activity consists of advanced cabling and connectivity solutions. With a 120-year history, the company of today employs more than 26,000 people.

Norway-headquartered Ulstein Group is a family-run company established in 1917, and specialised in ship design, shipbuilding, systems and services for the maritime market.

The ship design company Skipsteknisk was established in 1976 and designs specialised vessels with emphasis on offshore, research and fisheries.